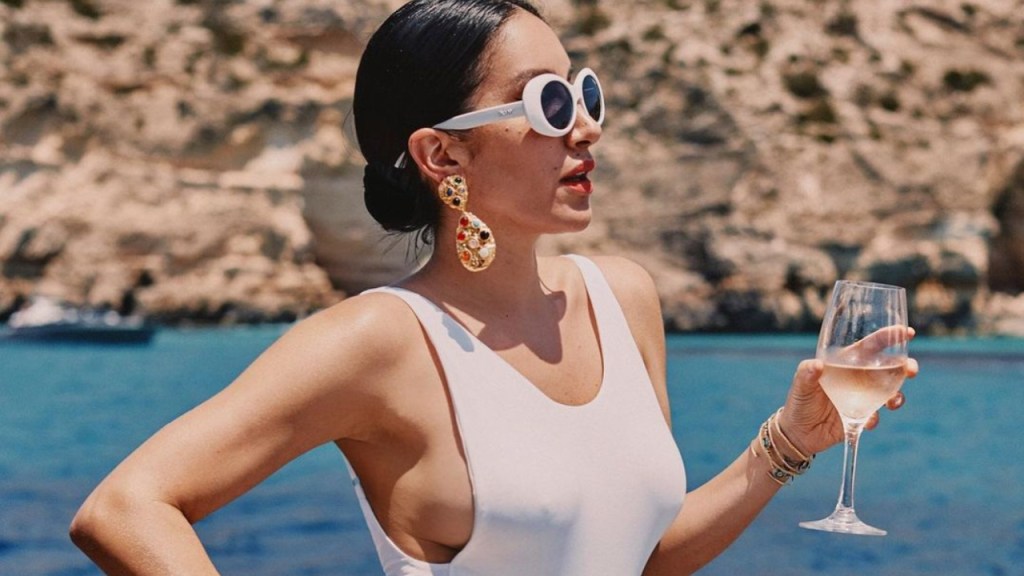 December 30, 2020: If there’s one celebrity hairstylist to direct your full attention to, it’s Jen Atkin. The Mane Addicts founder is not-so-quietly becoming a life coach amid her insanely busy schedule full of celebrity clients like Chrissy Teigen, Kendall Jenner, and Hailey Bieber. Just recently, Atkin launched her first book, Blowing My Way to the Top, in which she shares her story about growing up Mormon in Utah and making the move to L.A. to hustle and become the next big name in Hollywood. Casual, right?

Annually, the Ouai Haircare mastermind carves out time in her schedule to sit down and put her goals on paper. “I’m pretty methodical about it,” she writes in her book. “I keep my annual goal lists in a single notebook so that I can easily get a snapshot of the bigger picture.” For example, she wrote “drink less” and “be less stressed” on her lists in 2016, 2017, and 2018. When she managed her stress and cut out drinking in 2018, she realized that those two goals went hand in hand. By keeping track of her intentions through the years, she is extra mindful of what her mind and body are telling her.

For the past few years, Atkin’s shared her New Year’s resolution ritual with her millions of Instagram followers. The routine involves creating templates (AKA, her aforementioned “goal lists”) to “set new intentions,” an activity she jokes is “in the Mormon DNA.” The Utah native consistently looks back at her goals six months into the new year to see where she stands regarding her personal commitments.

“Putting intentions on paper helps me prioritize my hopes and dreams and see the big picture.”

We know what you’re asking yourself: Does she actually keep up with them over the year? I, for one, know the feeling of setting unrealistic goals for myself three cocktails in on New Year’s Eve. “Yes, I can absolutely train to run a marathon by spring,” I’ll tell myself, dreaming of crossing the finish line, or “This is the year I’ll finally become someone who’s super on top of my email!” Usually, I unconsciously repress my lofty goals, mainly because a) sometimes they’re just way too grand, or b) I don’t develop a plan to achieve them.

If you, like me, aren’t as self-disciplined as you are in your dreams, fear not; Atkin has a plan for that! In your list of 2021 intentions, dedicate a solid chunk of time to coming up with a plan of action for your intention. For example, if I were to *finally* run that marathon, I would put, “Sign up for a running group,” and “register for a spring marathon.” That way, I’m already setting up more ways to hold myself accountable. It sounds simple in theory, but have you ever put it into practice and really committed yourself to it? I know I haven’t…yet.

“Revisiting my own goals every six months isn’t just an exercise in evaluating my accomplishments, it’s also an opportunity to reevaluate my priorities,” writes Atkin. “As you progress on your path, make sure you don’t get so totally tunnel-visioned on one way of doing things that you don’t see what other avenues emerge over time.” 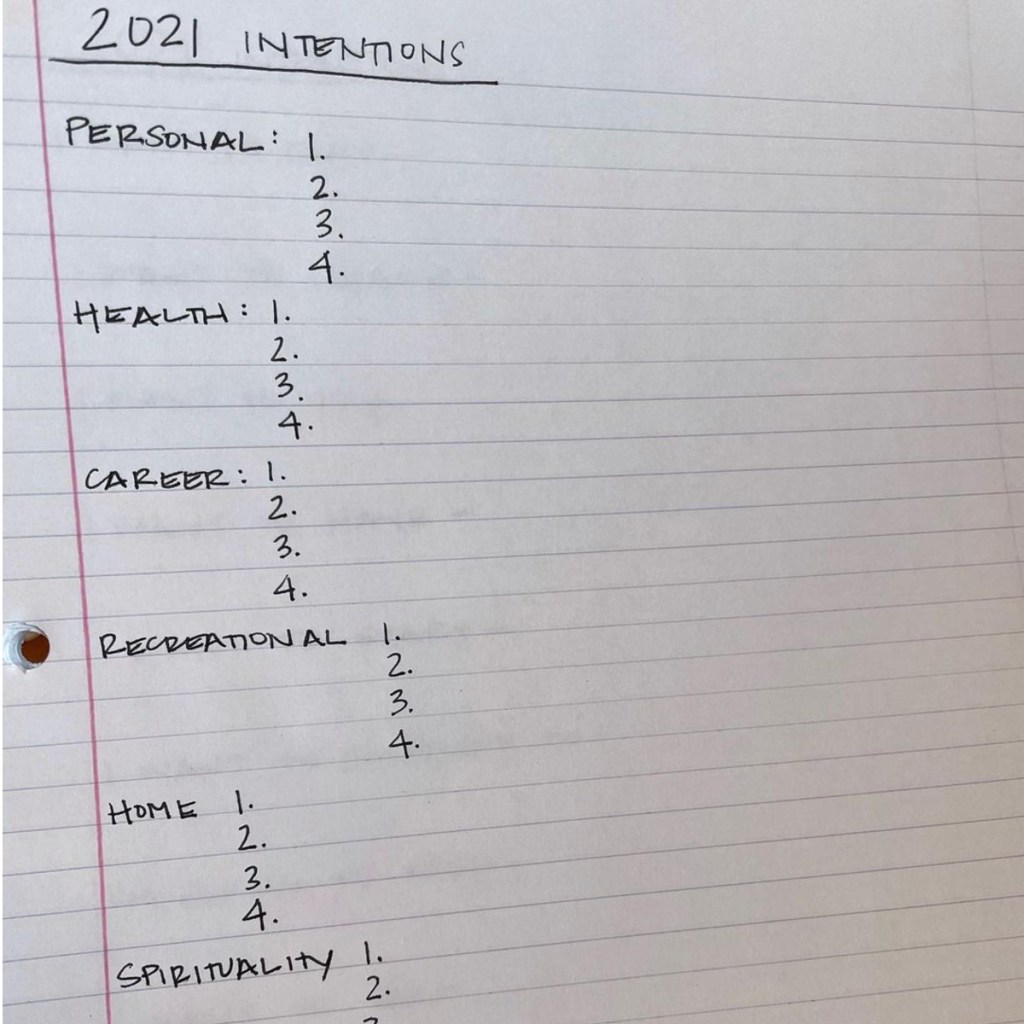 Atkin also admits that it’s important to “be gentle with yourself” because good things take time. “So many things I wrote down took YEARS to see come to life,” she admitted on Instagram. A few of her recent goals were to “get a puppy, take OUAI into body, and write a book.” All of those came to fruition, but certainly not immediately. 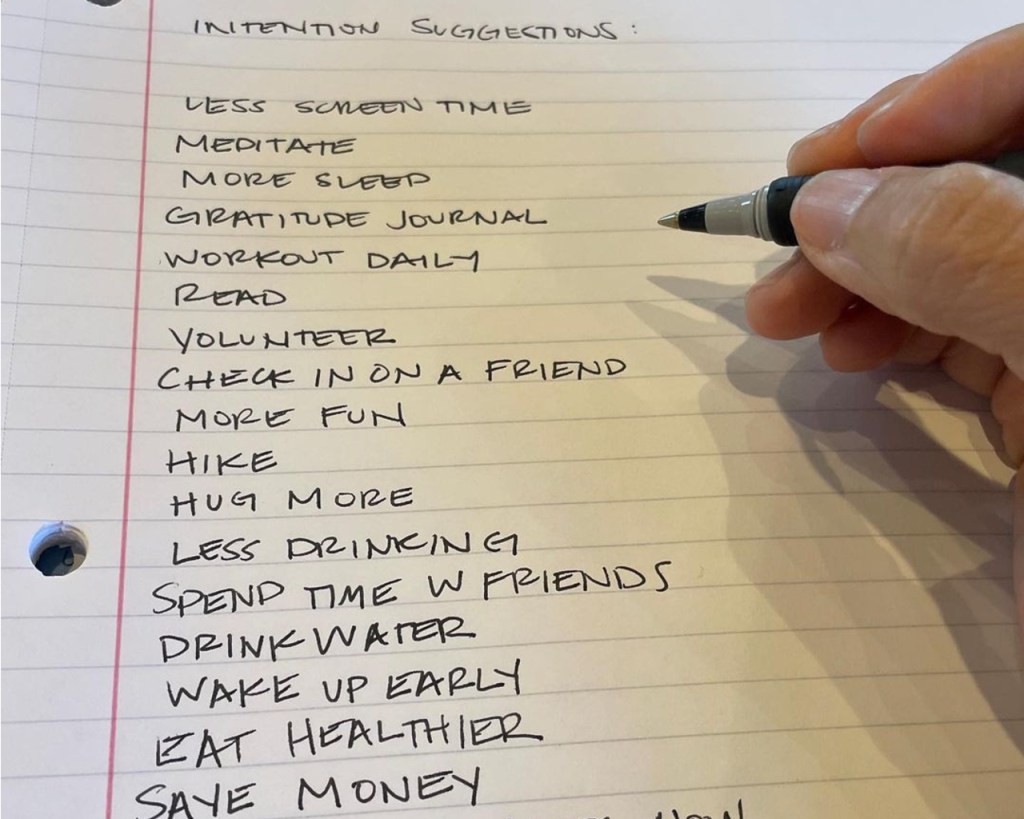 As we prepare to ring in 2021 and close the chapter of 2020, we encourage you to pursue your New Year’s resolutions with the same enthusiasm as the version of yourself that’s giddy and tipsy off cocktails at 2 a.m. You’ve got this.