An Expert Guide To Managing Pigmentation, Both At Home And Professionally

From effective ingredients to laser therapy, we're breaking down everything you need to know about treating uneven skin tone

Pigmentation is by far one of the most challenging skin conditions to deal with. Characterised by darkened patches or blotches on the skin, the main pain point is that once it’s acquired from either sun exposure, injury, inflammation or hormonal imbalances, it can be almost impossible to shift. There’s no quick fix or magic cure-all; instead you need to slowly and carefully treat it over time, fading its appearance and protecting the complexion from further damage.

The best approach is one that’s holistic, from prevention (sun protection, no picking) to a finely-tuned routine and effective in-clinic treatments such as laser therapy. But the journey to an even skin tone can be both confusing, expensive and dangerous if you’re misinformed. So to cut through the noise, we’ve compiled an expert pigmentation guide, led by the imitable Dr. Jeremy Cumpston from Ageless Clinics in Sydney. A cosmetic doctor with 25 years experience, Dr. J is one of Australia’s best, and treats some of the country’s most notable complexions. Here, he breaks down what pigmentation is, what ingredients you should be using in your at-home regimen, and the best professional treatments to try. We also road test laser for pigmentation (specifically Clear & Brilliant) and share results.

What are the main causes of pigmentation?

Dr. Jeremy: The number one cause of pigmentation is excess UV exposure (sunlight) to the skin. Pigment is created by skin cells called “melanocytes” whose function is to produce a UV protective pigment called melanin. Melanocyte activity is greatly increased when the skin is exposed to excess light energy. The melanin produced is carried by tiny blood vessels in the “live“ skin layer (the dermis) and deposited in the layer of skin called the stratum basale at the junction of the dermis and outer layers of “ dead” skin cells (called the epidermis).

Other factors that can cause increase melanin production include inflammation, infection and hormonal factors. Hormonally induced hyperpigmentation called melasma is common in pregnancy and in 15-25% of women taking the oral contraceptive pill.

Age spots or sun spots are almost entirely due to skin damage from too much UV exposure and always occur on frequently exposed areas: the hands, face, décolleté, arms and shoulders. As the skin ages, melanocytes decrease but the ones that remain become more active and they clump into patches, hence the development of “age spots”.

Hyperpigmentation can also be exacerbated by medical conditions (auto-immune/ gastrointestinal disorders etc) and antibiotics, chemotherapy drugs and anti-epileptic medication. The cause of this is usually that the disease of medication makes the skin more susceptible to UV damage.

The take home message is USE SUNBLOCK 2- 3 x A DAY. And make it a good one (Ultra Violette is hard to beat, in my opinion).

What can we do to manage it via our skincare routines? What ingredients and products actually work?

1.   Use a reputable and safe sunblock 2-3 times a day. I recommend Ultra Violette and La-Roche Posay.

2.   Improve sunblock function by using a vitamin B serum followed by a Vitamin C serum BEFORE you put on sunblock. The B serum reduces skin inflammation (a cause of hyperpigmentation) and the C serum assists in reducing oxidative stress on the skin (reduce physical signs of ageing)

3.   If you are not planning on falling pregnant, use a Vvtamin A (Retinol) serum or cream at night at least once weekly followed by a good vitamin B serum. I recommend Elixalife’s “Hydration B” serum.

4.   Use a compounded tyrosinase inhibitor cream with a combination of kojic and azelaic acid.

Let’s talk about in-clinic and professional treatments. What’s available to target and treat pigmentation in all its forms?

These can be compounded by a chemist using a script ordered by your cosmetic doctor. They should include ingredients like Retin A, kojic acid and other tyrosinase inhibitors because they assist skin turn over, lift the pigment trapped at the stratum basale layer whilst suppressing melanin production. Personally, I use a number of agents – beta-arbutin, l-ascorbic acid, azelaic acid depending on the degree of hyper-pigmentation

And FYI, tyrosinase is a multi-copper enzyme that plays a role limiting role in melanin production. Less tyrosine = less melanin basically (hence the need for compounds that inhibit tyrosinase action in the skin).

This is a treatment that’s long been used by Asian women, and it can have incredible results. An IV infusion of 1G of glutathione weekly can be used to help treat excess pigmentation, but should be part of a multi-pronged approach.

Using a 1927 nm, Fraxel Thulium laser (sometimes called Fraxel Dual due to the fact it utilises two different wavelengths) is one of the most effective ways to reduce pigment. The Fraxel Thulium laser is also amazing because it has the clinically proven ability to remove up to 60% of potentially pre-cancerous lesions with a single treatment. Downtime is 3-5 days but skin looks clearer, with better tone and texture and is clinically healthier.

Tell me about laser specifically. What is it, and how does it work in the context of skin?

Dr. Jeremy: Skin lasering is generally used to describe a specific wavelength or multiple wavelengths of light energy being delivered into the skin.

Laser can work exceptionally well on pigmented and sun damaged skin. In particular the use of combinations of laser (like using a green light laser lightly before doing 4-8 passes of a Fraxel Thulium laser) can exact amazing results and actually remove pre-cancerous lesions. I call this combination ‘the ultimate renewal” and do a great deal of them during the autumn and winter months at ageless. Never ever in summer though!

What skin types and conditions is laser treatment suited towards?

Are there any risks associated with laser?

Dr. Jeremy: The risk with laser is over-stimulating the skin with light energy and causing MORE PIGMENTATION. Too much light energy can burn skin and leave a scar, so care is needed when delivering laser and appropriate patient choice.

How many sessions does one need to see the full effects?

Dr. Jeremy: Most people need two to three sessions over a year to see best results

Can it be combined with other Ageless treatments for best possible results?

What are the approximate costs?

Emily Algar, Contributing Beauty Editor: I initially called on Ageless for a few Fraxel sessions to treat my mild to moderate pigmentation, but we ended up choosing Clear & Brilliant as it’s less intense, and Dr. J wanted to see how my skin responded as I’d never had laser before. Sometimes called baby Fraxel, Clear & Brilliant is still a non-ablative fractional laser, but it doesn’t penetrate as deep, making it an excellent option to treat superficial conditions like uneven texture, fine lines and surface pigmentation.

My pigmentation journey is one that started with too much sun exposure when I was younger, and has worsened due to consistently taking the oral contraceptive pill for seven years from the age of 15 (or so I believe, anyway). I’m diligent with SPF now and use plenty of OTC ingredients (including retinol, niacinamide and vitamin C) but there’s only so much you can change once it sets in. You more or less just have to stay on top of it, and in-clinic treatments are one of the best ways to do so.

Here’s some notes from my Clear & Brilliant treatment at Ageless Clinics:

I wore numbing cream for the treatment – this is supplied to you by Ageless – so it was pretty painless. All up it was little hot, and at times stung around my hairline, but I would 100% do it again (and I’m a wuss).

It took about 15 minutes to complete, and an hour prior for the numbing cream.

Immediately after the treatment, I looked very Samantha Jones circa chemical peel in SATC season 5. I was also covered in a THICK layer of zinc, adding to the spectacle. I remained like this for about 12 hours, and was thankful I hadn’t made any plans. I have heard mixed things from friends who have also had Clear & Brilliant, and from what I can grasp, my downtime seemed a little more intense than others.

That evening, I washed my face really gently, used an ice roller to take away some of the heat and applied a layer of hyaluronic acid gel (also given to me by Ageless). The next day, I was still red and slightly spotty (where the laser had actually passed on my skin) but it looked okay under a layer of foundation. Within 48 hours though, all of the redness had subsided – my face just felt slightly rough.

On about day four, my complexion started to flake off in parts, revealing what can only be described as infant skin underneath. I’d say it was a whole week later that all the scabs were completely gone.

Post-treatment, I was also evangelical about sun protection so as to avoid further UV exposure while my skin was so fresh. I amped up my daily SPF routine to multiple reapplications, switched to a 50+ zinc exclusively, and wore a hat whenever I went outside. I also didn’t use a single “active” skincare ingredient such as vitamin A or chemical exfoliants for about three weeks. Instead, I just focused on hydration and repair.

In the weeks immediately after (once all the flaking etc was gone) my skin looked the best it had in forever. It was clear, smooth and much more even. My pigmentation wasn’t completely gone – nor did I expect it to be – but the overall tone was much brighter. I also felt like some superficial acne scars I had were softer, and noticed a significant reduction in breakouts for about a month afterwards.

It’s now been a good eight weeks, and my skin is subtly brighter and more even than it was pre-treatment. The initial clarity and glow has definitely diminished, but that’s likely due to the fact you need multiple sessions to see full results. Going forward, I’d definitely consider a session a fortnight out from a big event where I wanted to look and feel my best. 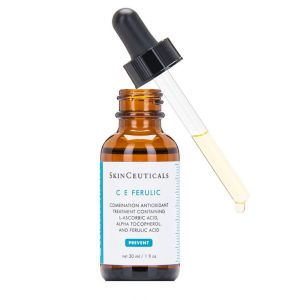 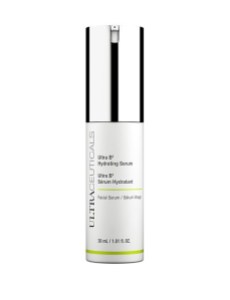 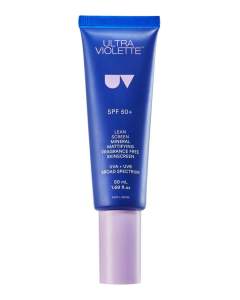 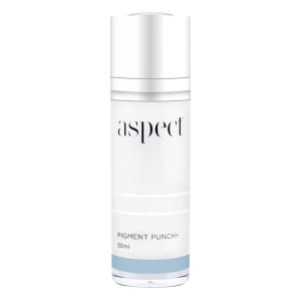