Blackheads have always been an issue for me, but in the last six months they’ve gotten noticeably worse. Usually I avoid picking my own face and let an aesthetician handle extractions (lucky her), but Sydney’s current stay-at-home orders have left me with two options: let them proliferate my entire visage, or take control.

Naturally, I decided on the latter, but as someone very prone to post-inflammatory hyperpigmentation, too much squeezing can only create a secondary skin concern (and one that’s much harder to treat). So I had to be careful.

I decided on a lockdown-inspired two-step steam/squeeze and mask, using Beauté Pacifique’s Deep Pore Cleansing Mask. I’m normally not into clay masks (I find them drying) but this one was recommended to me by my aforementioned aesthetician, and because I trust her inherently I bought it.

I waited for a rainy Saturday afternoon and got to work. The entire process took maybe 10 minutes, and I was floored at the difference afterwards. Smaller looking pores, smoother texture, and so much less congestion. And the best part was no redness, broken skin or wound-like puncture marks (or regrets). So successful, I’m adding this two-step process into my routine permanently.

For anyone playing at home, here’s what to do:

Start by washing your face thoroughly. Any gentle, non-drying cleanser will do.

You could buy a facial steamer for this step, or you could do what I did and hold your face over a bowl of almost-boiling water for a few minutes. Hang a towel over so the steam doesn’t escape.

Now for the good part. If you have a blackhead removal tool, use that. Even better if you own one of those skincare spatulas I always see targeted ads for. If not, your fingers are fine, just wrap them in a tissue and use the pads of your finger, not the nails. This is so imperative—please do not dig into your delicate skin. I assure you the fallout will look much worse than a few open comedones.

Gently squeeze the area of concern (mine is my nose) without being forceful. The aim is progress and not perfection, so don’t expect every pore to be rid of impurities. One you’ve covered the entire area, stop. Also be careful of sebaceous filaments, which are pores that appear clogged but really aren’t. They’re normal, but if you take a few out, that’s okay too. 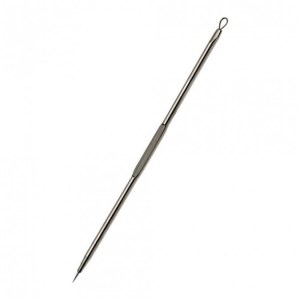 While the skin is still soft, apply a mask. I already mentioned the Beauté Pacifique Deep Pore Cleansing Mask. I don’t know what to say about this other than it is magic. It’s formulated with kaolin, bentonite, magnesium, lactic acid and glycerin to clear out pores without leaving them void of moisture. I like to leave it on until it’s 70% dry and removed with a warm, damp flannel. I swear to you, it clears out stubborn blackheads and refines skin texture even further than the extractions. You could also add a sprinkle of baking soda, but I’m yet to try this. 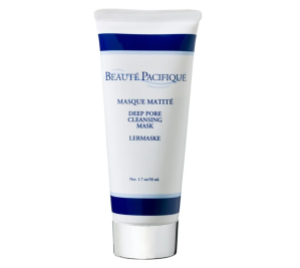 Once you’re done marvelling at your own handiwork, pop on something soothing. I love a niacinamide rich serum such as Medik8 Clarity Peptides. It will work to regulate oil flow, reduce inflammation and promote skin healing. There’s also zinc, peptides and glucosamine to assist with pigmentation and skin clarity. 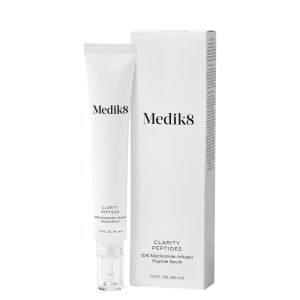 To maintain clear, health skin in the interim, an exfoliating lotion is your best bet (think of the above as a full colour, cut and blow dry, whereas this is your root touch-up and tone in between). Biologique Recherche’s P50 franchise is unmatched, thanks to its unique ingredient profile and combination of both alpha and beta hydroxy acids. I like P50V which is a less intense version of the original.

In terms of application everyone is different. The brand suggests daily use but my personal preference is once a week. If you’re new to acids, build up slowly. I also avoid my cheeks because they’re rarely congested. Instead, I pat it onto my nose, shin, jawline, hairline and forehead. 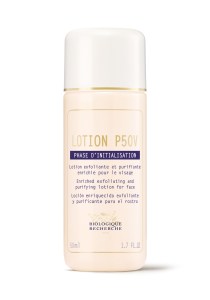