I’ve Been A Beauty Editor For Five Years. Why Am I Only Just Learning About Sebaceous Filaments?

I was watching a very confronting (but satisfying) video of a pore strip being ripped off a stranger’s nose the other day on Instagram when I noticed the comments section: everyone was losing their minds about sebaceous filaments and the fact that they were supposedly being unceremoniously ripped out of this person’s face.

I considered sebaceous filaments and realized I wasn’t entirely sure what they were. Are they good? Are they bad? Are they normal? Should we be using aggressive pore strips to extract them?

After some digging (and inspecting my own skin), I asked my aesthetician and we arrived at the conclusion that the nasal “blackheads” I’d been picking at for years on end were actually sebaceous filaments – a normal but also interesting part of the skin’s structure that can take on a quasi-blackhead appearance, tricking us all into believing our pores are filled with dirt and dead skin when in fact, they’re not. Who knew?

To get to the bottom of this complexion epiphany, I enlisted the expertise of the pore master himself, Dr. Dennis Gross. Here, Dr. Gross breaks down what sebaceous filaments are, how they’re different to blackheads, and ways in which you can reduce their appearance. Because you can!

Keep reading for the interview.

What are sebaceous filaments?

Dr. Dennis Gross: Sebaceous filaments line the inside of your pores and help move sebum or oil from your sebaceous glands to the surface of your skin. They are a key part of how your skin naturally self-hydrates.

Does everyone have them?

Dr. Dennis Gross: Yes – every person has them. They are natural, however if your skin is over-producing oil, they can cause pores to look enlarged and more visible, almost as if they pore is stretched. You cannot fully get rid of them, but you can help reduce their appearance with daily, gentle chemical exfoliation, using a cleanser formulated with alpha and beta hydroxy acids and an oil-free moisturiser.

How do they differ from a blackhead? And how can someone tell the difference in their own skin?

How are they treated – can you suggest some ingredients to help?

Dr. Dennis Gross: You can treat blackheads and reduce the appearance of sebaceous filaments with the same ingredients: 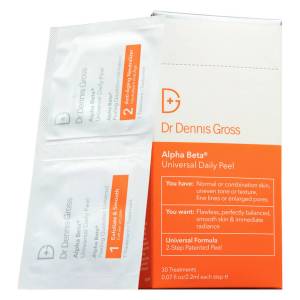 Arguably one of the best chemical exfoliants out there, this peel contains both AHAs and BHAs (glycolic acid and salicylic cid included) for a smooth complexion and clear pores. Just swipe pad number one over the face, neck and chest, wait three minutes and deactivate with the second pad. 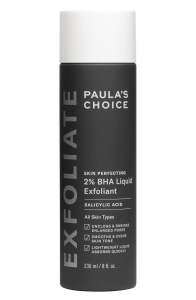 This stuff is full of salicylic acid, so will dissolve clogged pores and refine their appearance, thus reducing the look of sebaceous filaments. 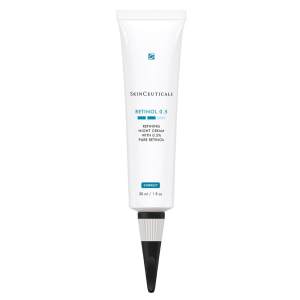 If you’re looking for a starter retinol to use a few nights per week, this is perfect. It will speed up cell turnover and refine the look of skin, so try incorporating it on the nights you’re not using an acid. 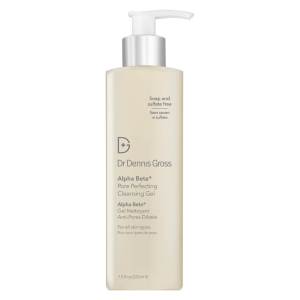 This cleanser is formulated  with farsenol and both alpha and beta hydroxy acids for a super gentle but effective exfoliation whilst you cleanse.