Princess Diana’s proclivity for sapphires is well-documented. Aside from her iconic engagement ring, the late princess often wore jewellery featuring the blue gems, including a beloved pair of drop earrings—which she donned during multiple official outings, and most famously paired with her sapphire blue John Galliano slip dress to attend the 1996 Met Gala.

These earrings, it turns out, were among the many pieces of jewellery passed on to her daughter-in-law, Kate Middleton. The Duchess—who also inherited Diana’s engagement ring—was seen wearing the set this weekend, as she and Prince William welcomed Ukrainian President Volodymyr Zelensky and his wife Olena to a reception at Buckingham Palace. Royal watchers were quick to notice, however, a discrete difference in the jewellery’s composition.

Kate appears to have had the earrings altered, removing the second sapphires, and reworking them into a pendant necklace. Per Tatler, the earrings and necklace are likely sourced from gems in the famous ‘sapphire suite’, a collection of sapphires gifted to Diana by the Saudi royal family after her 1981 wedding. If Kate were to have the original creations altered, it wouldn’t be surprising as “the royal family has been refashioning old heirlooms into new ones for literal centuries.”

Among the other iconic pieces of Princess Diana’s jewllery that Kate has inherited are the 85-carat Lover’s Knot tiara, a three-strand pearl bracelet, designed for Diana in the eighties by Nigel Milne, and a pair diamond and pearl earrings that were once considered one of Diana’s favourite pieces of jewellery. Oh, to be married to a prince. 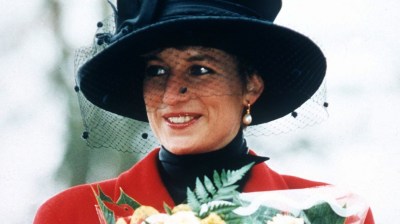 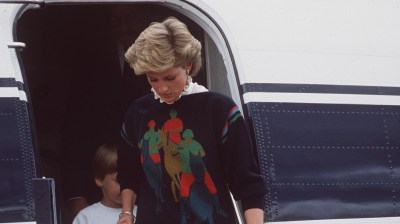 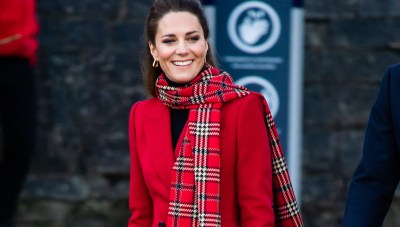 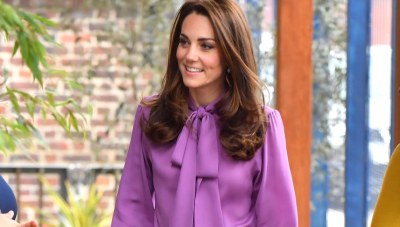