In the latest coming-of-age film, After – one where the heart and mind predictably wrestle with one another – freshman Tessa Young (played by Australian actress Josephine Langford) thinks she’s got college life all figured out. But when a morose and brooding English boy challenges her in class – by way of telling her Pride and Prejudice’s Elizabeth Bennet “needs to chill” – her heart skips a beat. His name is Hardin Scott and is played by 21-year-old British actor and model Hero Fiennes-Tiffin, the 21-year-old nephew of Ralph and Joseph Fiennes. “I definitely benefit from the work that my uncles have done, and I completely understand that people make those kinds of comparisons,” says Fiennes-Tiffin on a late-night phone call from London. “It’s not my favourite thing to talk about when I’m trying to do my own work but I understand it and it never annoys me or anything.” Capping off his very first press tour, Fiennes-Tiffin talks about navigating his rise to fame, his modelling days (he’s walked for Dolce & Gabbana and Ferragamo) and the greatest lesson he’s learnt in love.

GRAZIA: You’ve had to endure quite a lot of press lately but it’s something kind of new to you. What’s one of the most surprising things about the experience of talking to world media over and over again?

FIENNES-TIFFIN: “That’s a good question, I go to my publicist for advice and get more comfortable with it and I guess deal with it better over time. I was warned about how repetitive questions are [laughs] but I hate to talk rudely of it. There’s mostly just a lot of interest in After.”

GRAZIA: As your star rises, does anything worry you about big-time fame?

FIENNES-TIFFIN: “I’m aware of the bad things that can happens along those lines but there’s no point dwelling on that. I feel like there are a lot more good things. I’ve got a good group of friends and family that keep me grounded, I surround myself with good people so I think I’ll be alright.”

GRAZIA: The complexity and mystery of this character is something that you’ve said really appealed to you. I noticed when you auditioned for Harry Potter, the director noted that you were really good at tapping into the darker, mysterious side. Do you tend to gravitate to more enigmatic characters?

FIENNES-TIFFIN: “I think naturally I am kind of used to [playing those characters] and I know that it’s something that I like but I don’t want to be able to say that’s my strong point because I don’t think I’ve explored other aspects of my acting ability enough to say that. But currently love that kind of character. To play a character that has a lot to reveal over a long period of time is always great for an acting role.”

GRAZIA: How did you prepare for your first lead role?

FIENNES-TIFFIN: “I didn’t really do anything out of the ordinary, I just made sure I didn’t have anything on my plate to worry about or deal with to be honest. I’m sorry but there’s nothing extremely interesting or spectacular that I did to prepare for the role other than, I think, really put my head down. I hadn’t really been away from home for longer than a couple of weeks and I was going away for two months.”

GRAZIA: The film is about love and relationships. You’re only young but what’s one great lesson you’ve learnt from a relationship?

FIENNES-TIFFIN: “Honesty across the board. If you’re both nice people and you have good morals and stuff, the only thing that’s going to let you down is kind of hiding and lying. So the truth and honesty and telling people what you need to tell them is something that I’ve learnt from relationships.”

GRAZIA: The films opens with the notion of how one person can change you and the idea that your life can be split into ‘before that person’ and ‘after that person’. Has there been one person in your life that has changed you?

FIENNES-TIFFIN: “Yes, a bunch. I’ve got a friend called Josh. He deals with stuff very well and he inspires me a lot. I think just my friends and family. I feel bad for picking out one to name but they all do.”

GRAZIA: What was Australian actress Josephine Langford like to work with?

FIENNES-TIFFIN: “She’s amazing, she’s always really happy and I feel like the thing I noticed from the get-go was how good of an actor she was. She really set the bar for me to kind of react off and that helped me a lot.”

GRAZIA: Did she teach you any Australian slang terms?

FIENNES: “She didn’t actually, but she would always pick me out when I was on the phone to my friends when we were out. She’d say she couldn’t understand half the stuff I was saying – I think it was more the other way around – but when I see her again I’m going to make sure she teaches me some [Aussie slang]!”

GRAZIA: What was Selma Blair like to work with?

FIENNES-TIFFIN: I didn’t spend many scenes with her but she’s amazing. I think we had one long chat when we first met when we hadn’t done much filming at the hotel, and I feel like she just kind of felt like a really cool, young-spirited, easy-to-talk-to person. We were just talking about everything under the sun and throughout the scenes that we did, she was always so professional but also relaxed and composed, not stressed and in a bubble or anything and those kind of people to be on a film set surrounding you, it rubs off on everyone else and makes the whole process a lot easier.”

GRAZIA: Tessa and Hardin get to know each other at a party when they play truth or dare. Have you ever been to an American college party like that?

FIENNES-TIFFIN: I haven’t. I went to a couple of parties in America but no, I never experienced anything like a proper red cup college party like how we see in the movie.

GRAZIA: Tessa asks Hardin who he loves most in the world. How would you answer that?

FIENNES-TIFFIN: “I think it would be my mum to be honest. I think that’s the correct answer [laughs]. I love my mum more than anyone else in the world.”

GRAZIA: There has been criticisms that this film romanticises toxic, abusive relationships. Were you surprised to learn this?

FIENNES-TIFFIN: “In today’s day and age, I’m not one hundred per cent shocked that people would think that surrounding some of the thoughts around the book. I personally don’t think it does, and I’ve said before and I’ll say to again, if you make a film where everything goes perfectly then it’s not going to be an entertaining film. We all know that. But I’m also a hundred per cent aware of the effect and the influence you have on younger people watching that film and how you may shape their thoughts. So as much as we were aware of that and I agree, it is a concern, I don’t think After does that at all.”

GRAZIA: That’s a really good answer, thank you. If you had to choose between acting and modelling which would you choose?

FIENNES-TIFFIN: Acting one hundred per cent. As much as I love modelling and being able to go away and work with clothes and meet new people, acting is very similar and I feel like there’s more creative input from the actor and therefore it’s more rewarding.”

GRAZIA: I read that you hate Fashion Week, is that right?

FIENNES-TIFFIN: “I mean, I don’t hate Fashion Week, but I didn’t enjoy my times going from casting-to-casting across London, it wasn’t fun. But I don’t hate it. I respect the raft of all the models doing that every year.”

After is in Australian cinemas now. 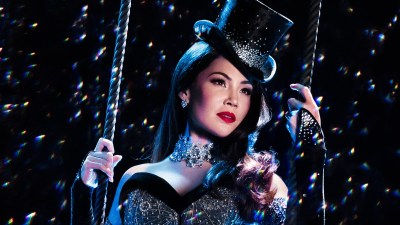 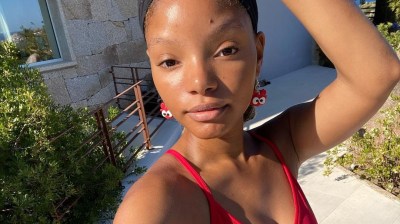 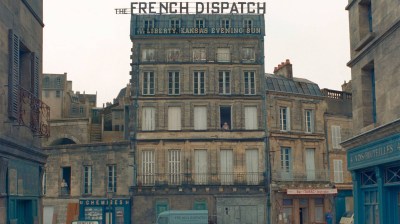 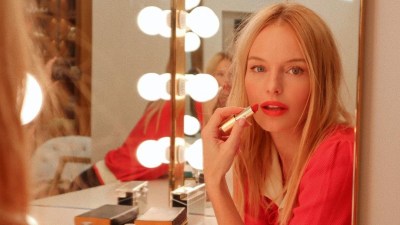 Was Nate The Real Villain Of “The Devil Wears Prada”? Anne Hathaway Explains
Next page