Petit H offers a different way of looking at the world of Hermès through the lens of creativity.

The English author Graham Greene famously wrote that destruction is a form of creation.

As to whether Pascale Mussard, the great-great-great-granddaughter of Thierry Hermès, was a fan of Greene’s work is up for debate but a similar philosophy sits at the core of Petit H, the sub brand she launched for French maison Hermès that creates unique objects out of the remnants of iconic Hermès items.

“It’s quite interesting because when you look at an object of Petit H you find parts of the Hermès story,” says de Virieu

The 51-year-old de Virieu took over the reigns of the Petit H engine room in 2018, succeeding Mussard. A trained industrial designer by background, he was one of the first to be recruited to the team by Mussard herself when she launched the project in 2010.

The best way to describe the work done out of Petit H is comparing it to a lab where designers are tasked with tackling the concept of creativity from a new angle – by uncreating, or destroying, the preexisting familiar shapes of Hermès products that are either remnants from older collections or contain flaws that make the unsuitable for sale and giving them a second life. Nothing is wasted at Hermès, explains de Virieu.

“The materials that Hermès uses in general are really precious. But when you cut a bag in a big piece of leather, there are parts that are not used anymore. It’s really a craftsman’s attitude at Hermès to keep the little pieces of leather that are not used anymore for the bag because they know that they will do something else. To make a smaller object or something new.”

Not just leathers either. The full gamut of the Hermès archives are at the designer’s disposal, from homewares, accessories and both men’s and women’s universes. A single Petit H piece can contain a number of heritage pieces or parts to create a jigsaw of Hermès history.

As an example, de Virieu holds up a salt shaker and points to a button that sits at the top.

“Each object tells a bit of the story of Hermès,” he tells ICON. “For example, this little button at the very top, was used for the Martin Margiela collection like 20 years ago.

“Martin Margiela did a button with six holes because when stitched, it recreates the H of Hermès. This is really interesting because reusing the material from the past in the question and in what we do at the moment, it tells the story of Hermès. When you look at the objects, you can say, ‘Look, this button comes from Martin Margiela’s collection and he used to be the Art Director of the woman ready-to-wear.’

When it comes to the parameters of what can be made, designers are only as limited as their imaginations. Belts become baskets, zippers become the fur of a hound and stirrups become the lock mechanisms and saddlery become a tree. Each creation is also singular in its characteristics coming with its own signature quirks and eccentricities. Does that elevate the Petit H concept into a work of art? Or is it still design?

“I think this is neither art nor design, actually. This is more a state of mind because design starts from a product specification to create an object, as all the métiers at Hermès does, with the theme every year. Hermès, that is the theme that gives the initial direction for all the departments. Here, actually there are no themes, so the real purpose of Petit H is more than designing. It’s a way to assemble. To me it’s an exercise to assemble ideas and to assemble material.”

When Petit H comes to Sydney this November to be displayed at the new Hermès flagship store, it comes telling the story of Ed, a tinkerer who roams the Australian landscape and carries with him an endless curiosity. Ed’s adventures, which capture the philosophical journey of the Petit H designers and creatives, will be told in a series of stop motion film created by Melbourne artist Daniel Agdag.

Objects that appear in Ed’s travels will be on display, bringing the animated film to life in three dimensional form. Among these will be travel masks made from the remnants of silk scarves and wool, created by Paris-based Australian artist Liz Sterling. A mysterious work called a Kangoumou (which looks suspiciously like a kangaroo) and a stool apron – a hand-crafted seat with various pouches and pockets.

The chance to admire the playful beauty of such objects is the goal, potentially the biggest enjoyment will come from trying to pinpoint the origins of the parts. J’aime un mystère.

Petit H will be on display at the Sydney Hermès flagship store from 5 November to 25 November. 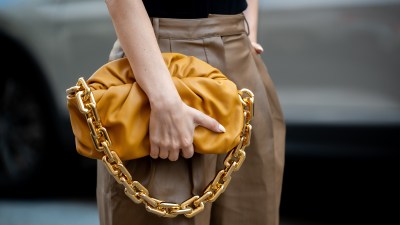 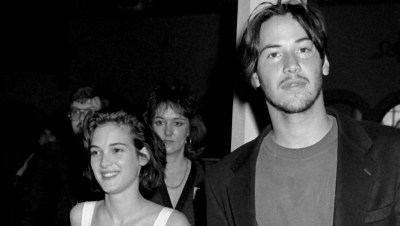