“This woman right here,” Golding captioned a black and white photo of himself and Lo in the hospital bed looking at their newborn. “Beyond anything I could have ever imagined. Your strength brought us our greatest joy. Thank you, I love you.”

Lo, a fitness instructor, also posted photos from her labor and delivery on Instagram, including an image of the newborn—whose name, sex and weight wasn’t revealed—holding onto her finger.

“On March 31st our lives changed forever,” she wrote in the caption. “Link in bio of leaving Instagram for #maternityleave (for the time being). I’ll prob be up during midnight breastfeeds checking in on you, but otherwise ‘I’ll be back’.”

https://www.instagram.com/p/CNTnl_Sh2GV/Golding and Lo, who have been married since 2016—five years after they met at a party on New Year’s Day—announced their pregnancy in November, revealing the news with photos of themselves and Lo’s baby bump posing on a bridge.

“2021 is already looking brighter ❤️👼🏻,” Golding wrote, while Lo put, “Such immense joy this little one has brought us already. Now we get to share it with you💕We love you!✨.”

When the pair first met, it was Lo who made the first move. “We were in a club on New Year’s Eve and I saw her from afar and she was this wildcat,” Golding said while on Live with Kelly and Ryan. “Halfway through the night…she steps in my way and she says, ‘Why haven’t you said hello to me yet? I’m leaving tomorrow and you’re never going to see me again—what are you going to do about it?’”

He continued, “Don’t you just love it when a woman just punches you in the face?” Golding said. “It’s hot when a girl takes you by the collar.”

The pair went out for brunch the next day, but Lo lived in Tokyo at the time, and Henry lived in Singapore, so they dated long distance for a while, before eventually moving in together. 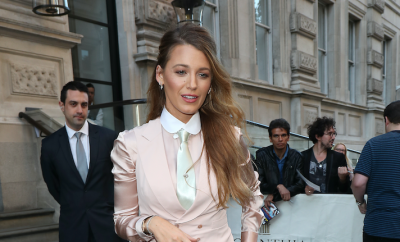 Are Blake Lively and Ryan Reynolds Moving to Ireland? 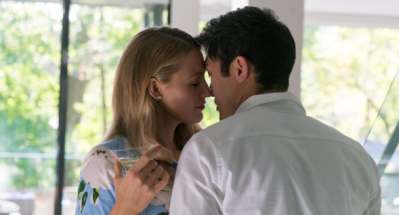 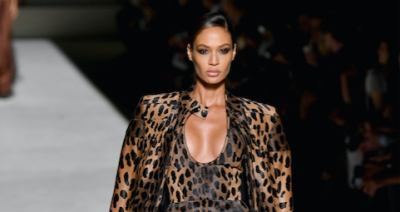