Calling through from scouting duties in China, IMG’s Senior Vice President Jeni Rose talks us through the true power of a hashtag. Cc. Alannah Walton

Australian model Alannah Walton was seated next me recently at an industry dinner in Sydney. She had somewhat come full circle since we last spoke at the end of 2018. At the time, she had just flown into New York City to attend a Victoria’s Secret casting on the upper west side, a glitter-strewn runway she booked instantly. “I remember talking to you,” she beams, her blue frames by a thick cat-wing liner. “It was a really great interview.”

But had it not been for IMG Senior Vice President Jeni Rose contacting the 18-year-old model via Instagram, Walton’s story that night would have been a different one. Indeed, she probably wouldn’t have been seated at that table at all. “When I saw her pictures I thought, ‘Oh my gosh’ and I immediately reached out to her,” Rose tells GRAZIA on a late-night call from China. “I couldn’t believe she wasn’t a model already. She’s the total package.”

“Australia is the only place where you can get dressed in the morning and say, ‘I’m going to go scouting and actually find a model’”.

In 2014, Rose and her team at modelling juggernaut IMG introduced @WeLoveYourGenes, an Instagram scouting account dedicated to finding new modelling talent around the world. In a very millennial way of getting discovered, aspiring girls and boys can hashtag #WLYG – and Rose will be watching.

“For years, I heard people say they had scouted models on Facebook and I could never figure out how you’d do that because you would have to engage with the person,” Rose explains. “The good thing about Instagram is you can look at someone and you don’t have to connect them if you don’t want to. From here, I got into a vortex where I’d start looking at one picture and then I’d see a friend and then I realised there were tags and I’d go into their account. Some parents would ask me ‘How did you find my daughter?’ and I’d be like, ‘I don’t know, do not ask me’ [laughs].”

But in the age of filters and FaceTune, how do you spot real potential? “It’s hard. I have to tell you honestly, I enjoyed scouting Instagram when we started the account in 2014 far more than I do now,” admits Rose.

“People think they have to hashtag pictures of them done up in makeup. What I want to see is a bunch of friends at a picnic or pictures from their last day of graduation in high school. That’s the kind of thing we want to see. What we end up seeing is a lot of glamour shots which is not at all what we’re looking for. It’s hard!”

Gizele Oliviera and Lameka Fox were also #WLYG discoveries with Walton on the VS runway last year. Diana Silvers – the mean, albeit stunning, girl in the Olivia Wilde-directed film Booksmart was also another #WLYG alum. “When I’m scouting there might be 200-300 girls per city and you remember one or two of them,” says Rose. “Hashtagging a picture that was going to be on Instagram anyway doesn’t cost anything emotionally. It’s not a huge commitment that could end in disappointment [like an in-person casting]. It’s just a simpler way to be seen.” 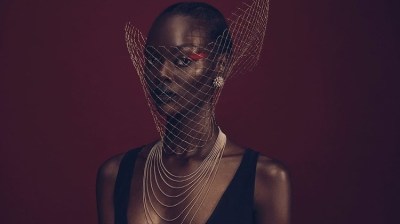 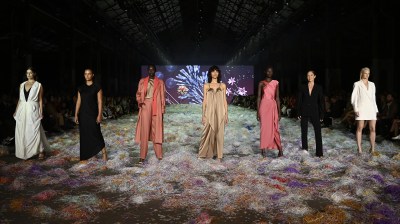