Never did we think we’d be taking mani advice from Harry Styles, but today, that’s exactly what we’re doing. In Rome for the spectacular Gucci Cruise collection, Alessandro Michele’s pinup boy was a vision in 50 shades of pink (or thereabouts), with his entire look keeping well within a palette of pink and beige. From the tiny ribbed tank to the flowing pantsuit in creamy salmon – the look was anchored in the rosy shade, even his shoes a glorious shade of dusty pink.

But perhaps the star was in fact not the Gucci garb he was wearing, but the unexpected beauty note accompanying it. A two-tone manicure in – you guessed it – pink proved the holy grail. Nails were painted a pop candy pink by manicurist Jenny Longworth bar one – the index finger which assumed a lovely teal green. 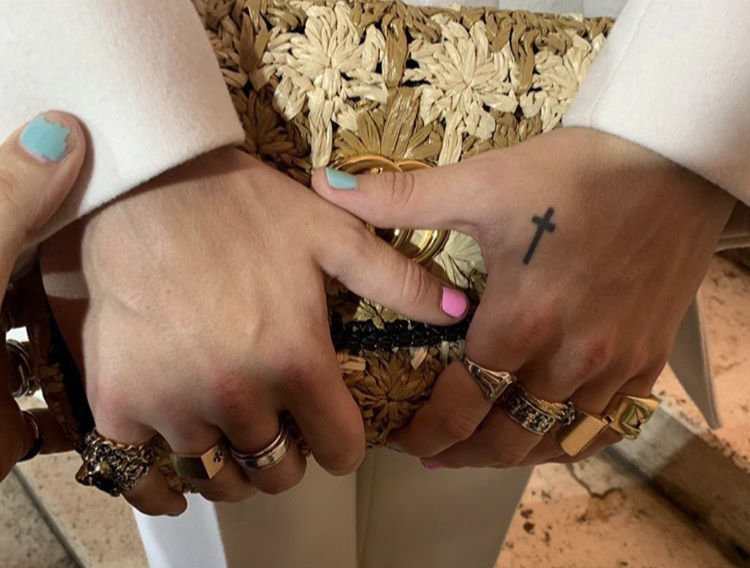 Filed down with a rounded finish, it’s not the first time Styles has enjoyed a bipolar mani. At this year’s Met Gala (also dressed in head-to-toe Gucci), he opted for the inverse; a full teal look with just a singular black nail – to tie in with his black pussy-bow blouse, of course. 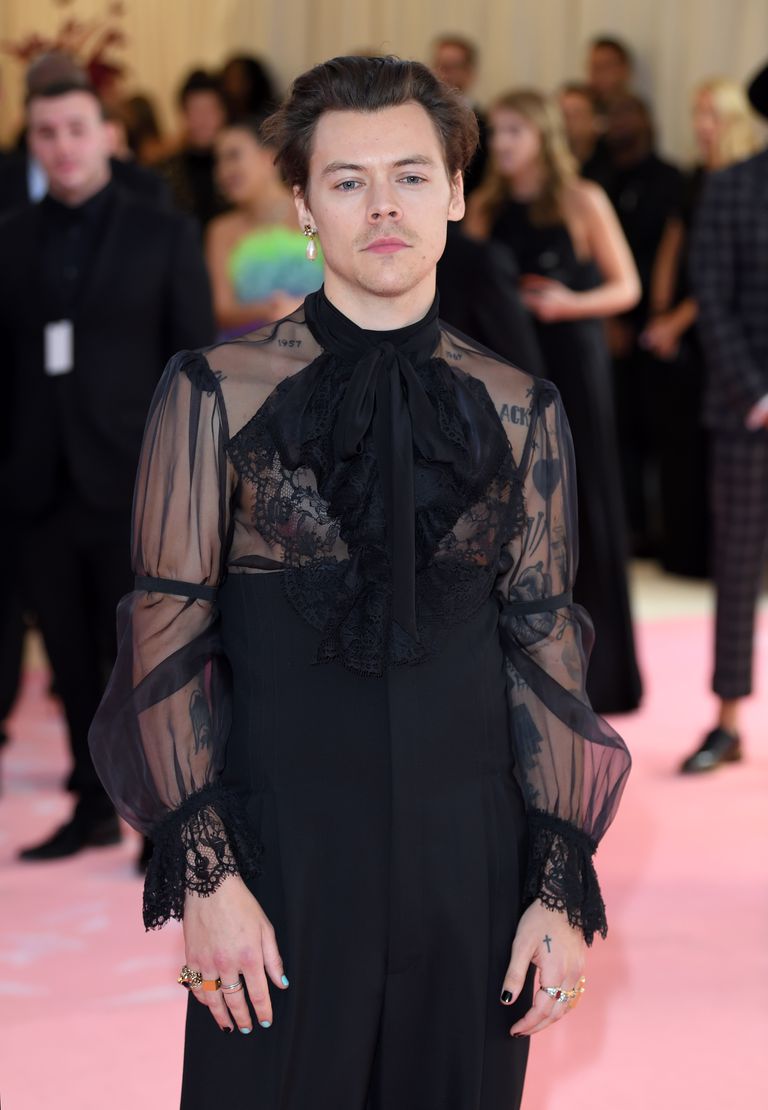 And much like his Met Gala mani moment, the rest of his hand was also dressed up; Gucci rings stacked in rocker fashion, including his initials HS in brass. But, we all know the best way to show off fancy nail art and some stellar rings is with a strategic close-up and a designer handbag. Bingo! Delicately splayed fingers, pop art nails and Gucci’s GG Marmont Raffia Clutch, a winning formula indeed. The only thing missing is a trademark shade. Hot Pink Harry…can’t you just imagine it? 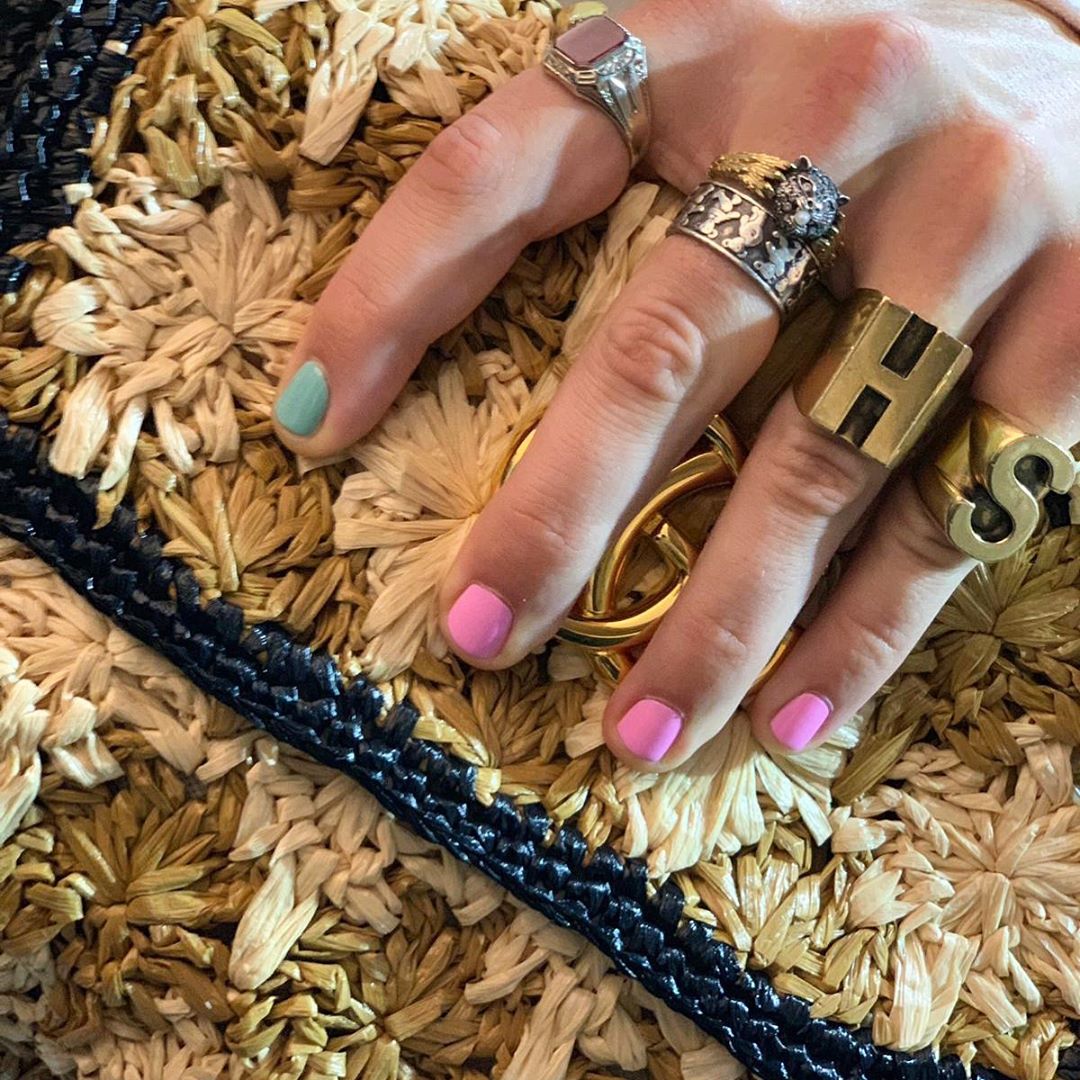