The Man Has Good Taste

If the rumours are to be believed, Harry Styles has been secretly dating Tracee Ellis Ross right in front of our eyes 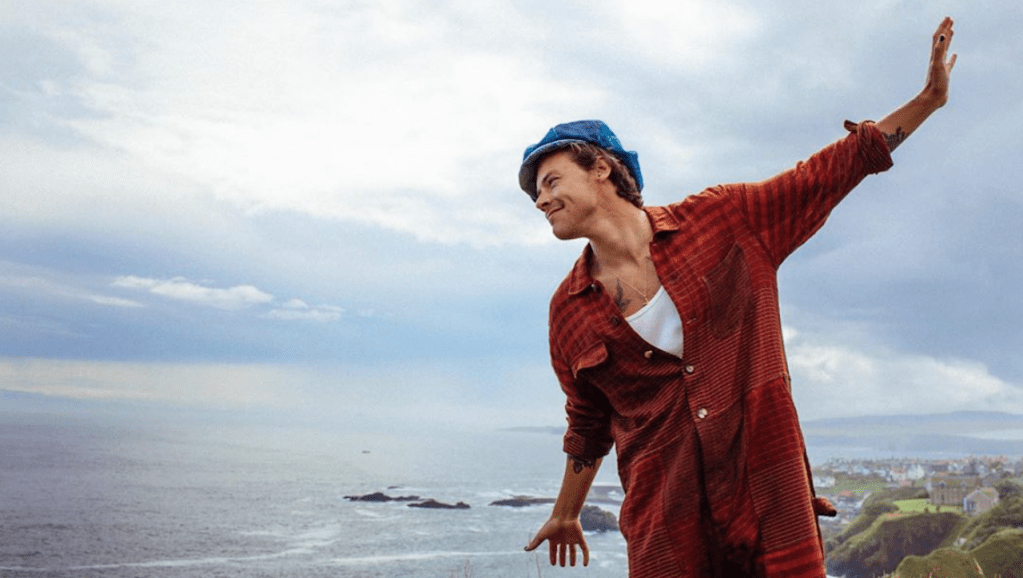 When Harry Styles’ Fine Line album was released in December, millions of people (made up of literally just women and gay men) instantly decoded the lyrics, figuring out that the majority of songs are seemingly about his breakup with French-American model Camille Rowe. Naturally, the next few weeks were made up of fans trying to figure out exactly what happened between the ridiculously good looking pair to invoke an entire album of heartbreak, a quest that reminds me of the time someone made a 29-page PowerPoint presentation to prove that Lorde had caused Lena Dunham and Jack Antonoff’s split in 2018. (Though the jury is still out on what happened there, we figured out the Harry and Camille thing here).

Despite 98 per cent of the world wanting to date him, since his relationship with Rowe ended in mid-2018, Styles has kept a relatively low profile relationship-wise. But if the recent DMs sent to celebrity gossip Instagram account @deuxmoi are to be believed, it looks like the singer has recently secretly been courting one beautiful, famous actress (but of course): none other than Black-Ish star Tracee Ellis Ross.

@Deuxmoi’s account is filled with submissions from followers about celebrities, which the account notes “have not been independently confirmed”. These include of late that Margaret Qualley and Shia LaBeouf are dating (unconfirmed but could see it), that Julia Roberts is notoriously mean to assistants, staff and others she works with (also unconfirmed and downright heartbreaking, if I’m honest), and now, that Styles and Tracee Ellis Ross were spotted on what the source says was “definitely a date” in Laurel Canyon, Los Angeles 6-8 months ago (into it).

According to the anon DMer who says they sat next to the famous pair, Styles and Ellis Ross were having a “pretty juicy” convo, which included talking about the wildest places they’ve hooked up and joking about going to the bathrooms together. When asked by @deuxmoi whether they managed to hear the answers, the source said, “No I couldn’t hear unfortunately, but they were definitely on a date/hooking up.”

After this was posted, another person sent in a submission seemingly confirming the above, this time with photo evidence. ”Tracee was backstage at Harry’s concert at the forum last year in December… we all thought they were just good friends,” they wrote alongside a black and white photo showing Ellis Ross and Styles smiling while speaking to each other backstage. 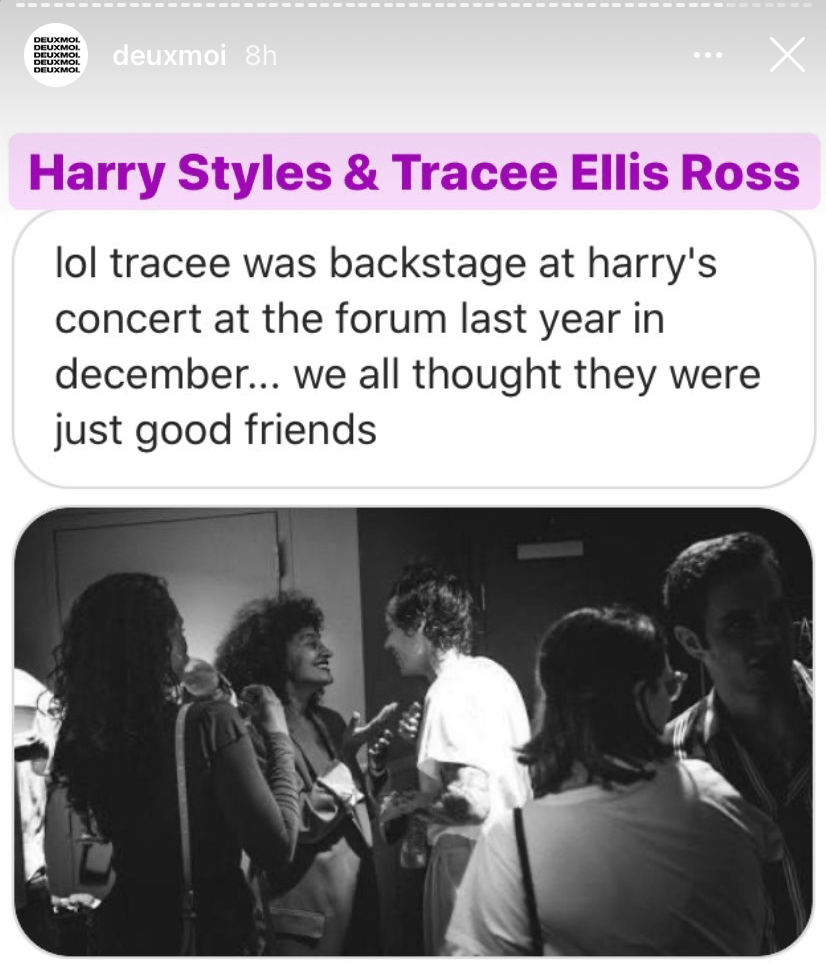 Also! Let’s not forget that back in December, Ellis Ross literally told us all that Styles slid into her DMs on Instagram.

While she was appearing on The Late Late Show with James Corden which Styles was hosting (side note: there’s definitely chemistry here but we were all distracted because Styles’ ex Kendall Jenner was also on the show), Ellis Ross said, “It’s Instagram. You know, the DMs. Harry started liking my pictures. I was like, ‘Who is this Harry Styles?’ And then I started commenting on [his] pictures. I was like, ‘When is he gonna perform in L.A.?’ ”

According to Ellis Ross, Styles then told her that he would be performing in L.A. soon and asked her if she wanted to come, to which she obviously responded, “I do, sir.” Styles confirmed this exchange and then revealed that Ellis Ross did come to his show, which is likely where the above photo was taken.

Whether or not these two graduated from a flirty LA dinner filled with sex talk or not, I for one heavily ship this dating rumour. A power couple if ever I’ve seen it.