Wearing head-to-toe Gucci, the man deserves an award just for this look

In recent years it has become common practice to immediately search for Harry Styles during red carpet events. Upon my perusal of the 2021 BRIT Awards I was not disappointed as the “Adore You” artist appeared in head-to-toe Gucci. Sure, it wasn’t a full leather, bare-chested ensemble complete with a feather boa. But damn, Styles was born in the wrong era.

Pulled from the most recent Gucci runway, Styles looked as if he stepped out of the 1970’s in a double-breasted blazer and flair pants. Adorned in a tonal graphic print, the era-style suit was finished off with suede insignia sneakers and a brown leather handbag – for all the more retro appeal. The look was the brainchild of stylist to the stars, Harry Lambert.

The night was not only marked by his red carpet look but his first solo Brit Award. The 27-year-old was honoured with the Best British Single for “Watermelon Sugar”. The night served as a reprieve from filming for My Policeman.

Styles is slated to appear alongside Emma Corrin (The Crown) and David Dawson (Peaky Blinders) in the forthcoming film. Last week the cast were spotted filming on set in Brighton, England. Interest in the film peaked when news broke of a steamy scene between Styles and Dawson. Styles will also star in forthcoming drama, Don’t Worry Darling, alongside Florence Pugh best know for her role in Little Women.

Elsewhere at the 2021 BRIT Awards, the Haim sisters were spotted wearing The Row before winning Best International Group while Dua Lipa brought back the bouffant in a nod to Amy Winehouse and Marie Antoinette. Lipa won Best British Album for Future Nostalgia and Best British Solo Artist. Little Mix made history during the evening as the first female band to win Best British Group (and it’s 2021!). 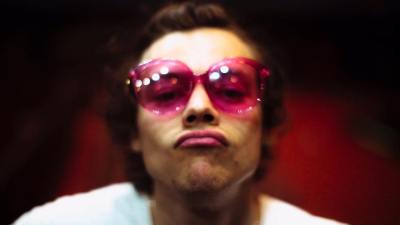 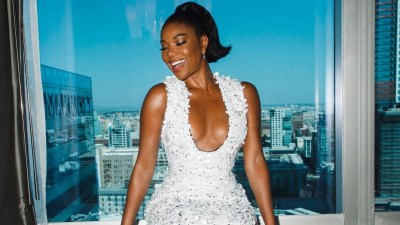 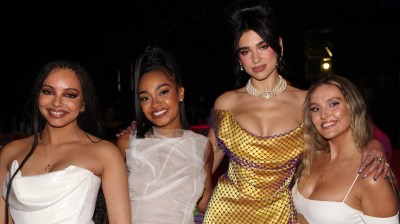 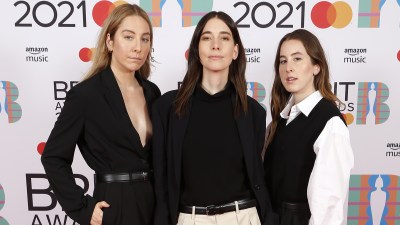