Almost inverting her American Music Awards performance – the singer dressed in white and splashed about colourful paint on Sunday night – Halsey and her body double, choreographer Dani Vitale, dressed in black suits and smeared white paint on one another and the stage.

Earlier, the 25-year-old continued her rainbow wardrobe theme as she hit the red carpet at Sydney’s The Star in a custom made Collina Strada gown.

Founded by New Yorker Hillary Taymour (who is notably inspired by icons such as J.W. Anderson and Tilda Swinton), Collina Strada has been the buzzy, Instagrammable label everybody has been talking about since NYFW in September. It’s eco-conscious spring/summer collection stared climate change square in the eye, a fitting theme showcased at an event which celebrates the textile industry – AKA one of the most polluting industries in the world. Taymour designed two looks for Halsey’s Australian cameo, the first, a two-piece gown, and the second, a cropped corset with a tie-dye slip skirt. “@collinastrada I’m in heaven I’m in heaven I’m in heaven” posted Halsey, a nice little thank you for Taymour who will be thanking her lucky stars at Thanksgiving lunch tomorrow.

she comes in colors. (And @collinastrada ) 📷: @yasi 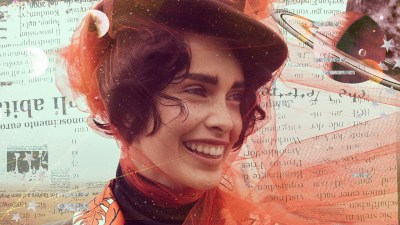