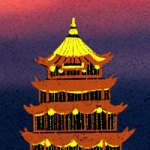 To truly understand the food scene within Wuhan, is to understand the Hubei Provence culture. Painter and guest editor Xiaojie Liu reminisces on her college years within the city and invites you to participate, if only virtually 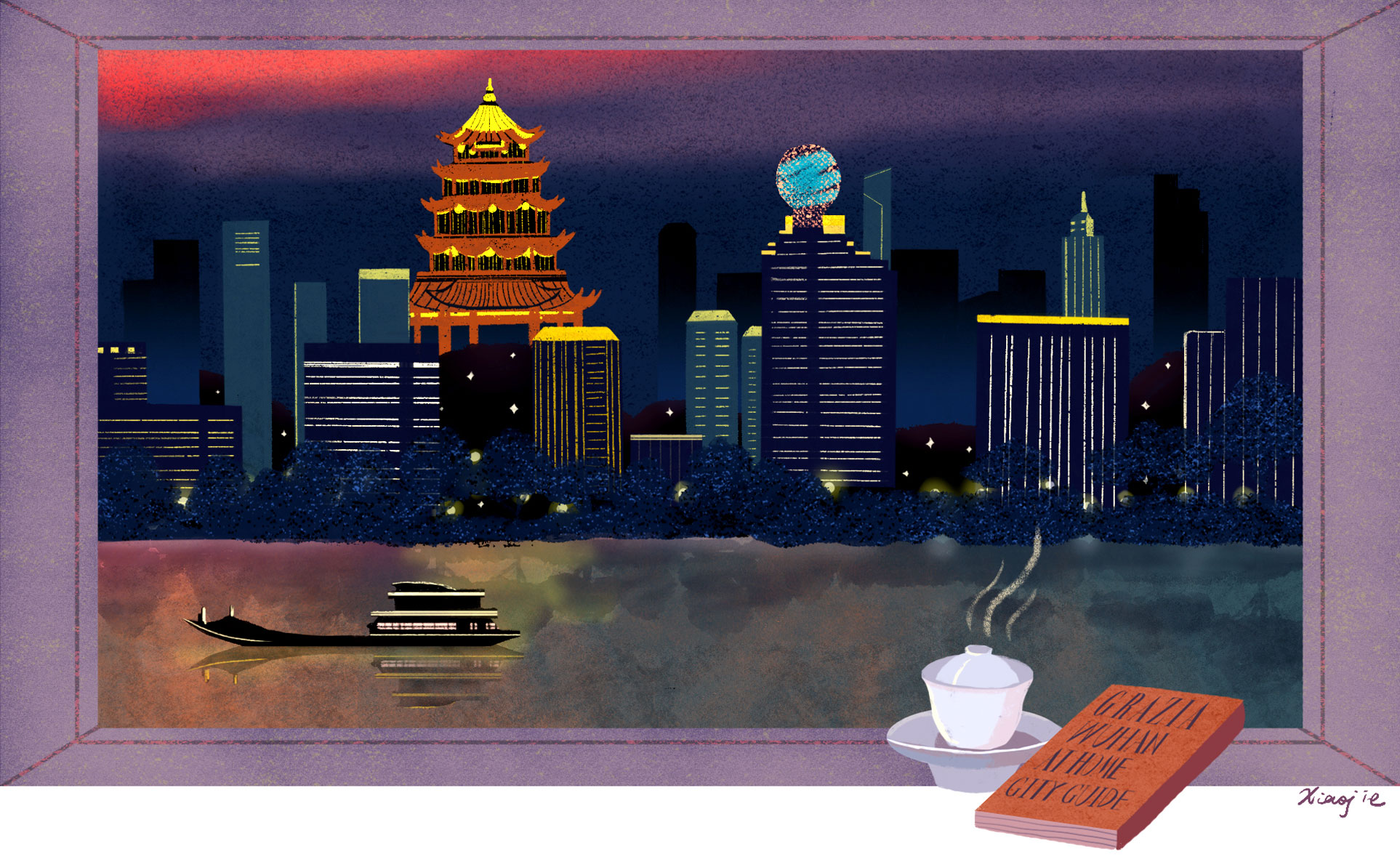 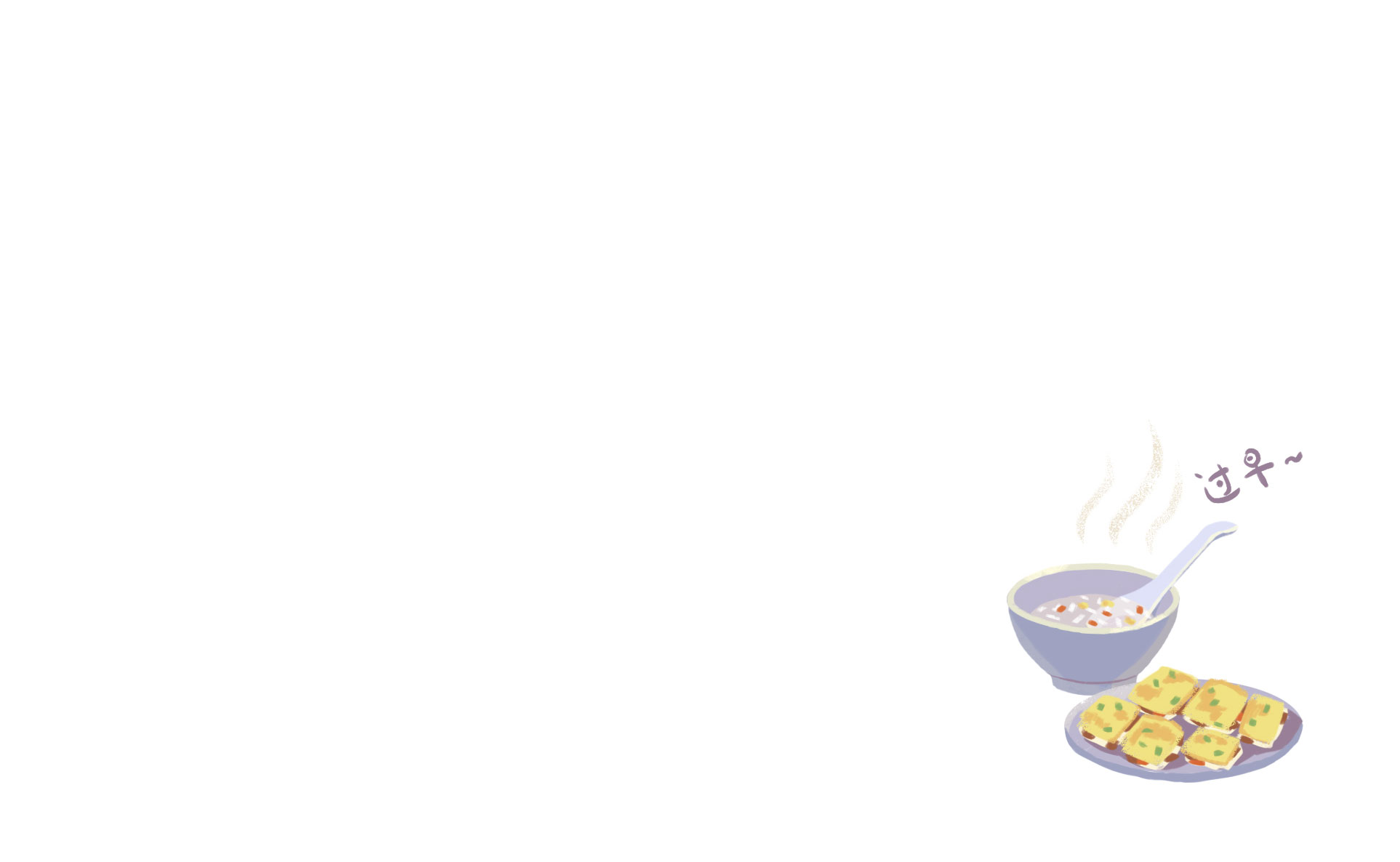 “When you meet familiar people in Wuhan, they might ask you”起了麽?”, which means “have you eaten?” in Wuhan dialect,” artist and guest editor Xiaojie Liu tells GRAZIA. “Because eating occupies a very important part of the lives of Wuhan people.”

Raised in Enshi, China, Liu now resides in New York but not before spending four years at college at the Hubei Institute of Fine Arts in Wuhan. Her most fond memory of the bustling and colourful city was spent eating breakfast in Liangdao Street and exploring the alleys for street food. Much of her day was then spent studying the art of drawing and painting.

Liu describes the city as “big, crowded and full of life”, however this soon changed as the pandemic took a firm grip of city. It was the first place in the world to experience a lockdown, but also the first to bounce back more spritely than it had been before; readied for travellers in due time.

The artist’s ideal 24 hours in Wuhan includes breakfast on the aforementioned Liangdao Street for ‘Doupi’ – a traditional breakfast dish – followed by a walk along the Yangtze River and to Hubu Alley at lunchtime. Liu suggests an afternoon stroll to the Hubei Provincial Museum to take a look at the ​Sword of Goujian​, and the ancient set of bronze bells (​Bianzhong​), followed by some shopping in Han Street and Wanda Plaza after dark. At midnight, she likes to find a riverside seat to watch and enjoy the busy night scene.

In the latest instalment of GRAZIA’s exclusive At Home City Guide series –  a one-stop shoppable gazette designed for you to capture a little piece of the beauty of a city from your living room – Liu’s view of Wuhan as depicted in the above window scene transports you to a different time in Wuhan (and perhaps challenges any preconceived notions you may have of the city). Revamp a space inside your home this evening with Liu’s suggestions below.

Before much of the Wuhan horizon comprised of towering skyscrapers, the city was deeply entrenched in traditional culture, markets and street performers. Pockets of the metropolis still remain this way but the illustrator often revisits the different era through the book “​shui zai shi jian zhi xia​” (水在时间之下​), roughly translated as Water Is Under Time.  Penned by well-known novelist Fang Fang in 2008, the book is set in 1920 and explores concepts of art, the Han Opera, time, societal behaviour and ultimately, evolution. Immerse yourself in the novel’s capture of old world Wuhan here. 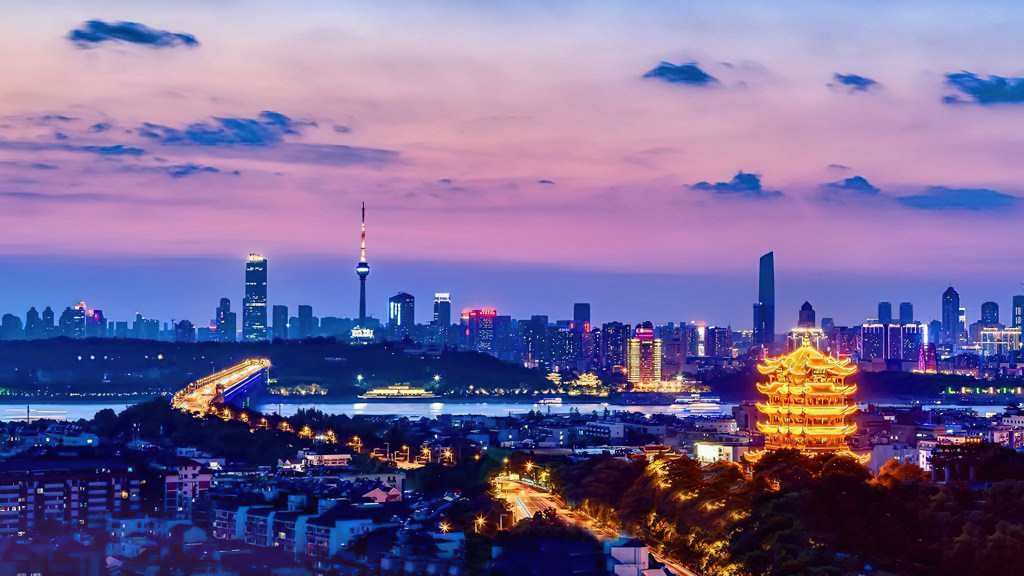 One of Liu’s most vivid memories of Wuhan is the colourful food scene. She suggests spending a morning exploring the city’s food offering and when you’re in need of a little solace, sit down and indulge in a pork rib and lotus root soup. “The Hubei Provence is rich in lotus root, and I’ve enjoyed drinking the soup when I stay in Wuhan,” Liu tells GRAZIA. Spring Lotus harvesting in Hubei is described as a festive event. Lotus ponds are drained and the town’s men enter the water in search for the root. When found onlookers are reported to erupt in cheers! If you consider yourself a little bit of a chef, spend some time at home perfecting this recipe.

to quench a thirst for travel

Walking (or virtually travelling) the bustling streets of Wuhan will require a refreshing thirst quencher. While it may be considered strange at first, in China, you don’t eat yogurt with a spoon, you drink it. It is regular practise to create your own at home or purchase a jar at a local street food vendor. Hit up your local Chinatown or try this recipe.

If you’re a loyal follower of the PUMA sportswear giant, then you may have already come across Chinese streetwear label, ATTÈMPT. Not to be confused by the Russian brand of the same name, ATTÈMPT was founded in 2015 by alumni from the lauded Hubei Institute of Fine Arts school. The result sees utilitarian, experimental fashion and as described by the brand, “involves an understanding of the past and current form of society … It must ultimately be a product that cannot be defined.”

The aforementioned PUMA collaboration is made widely available and offers a selection of footwear, apparel and accessories which fuses iconic PUMA sports silhouettes and edgy design sensibilities of ATTÈMPT. Shop the GRAZIA edit below. 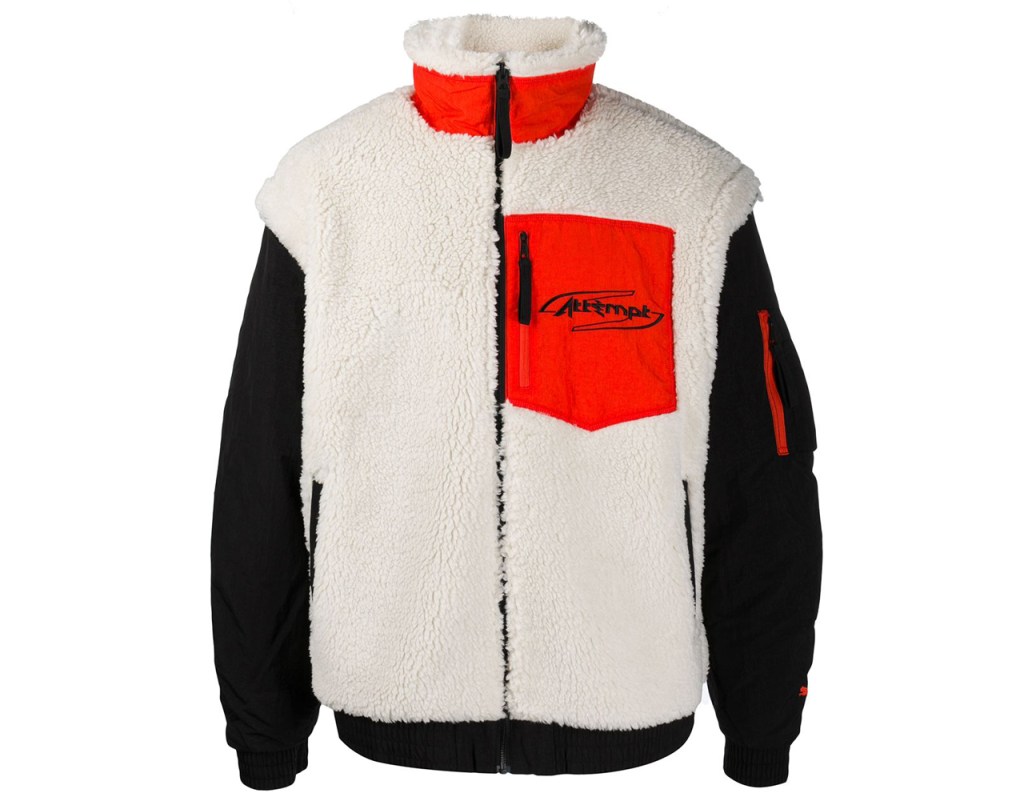 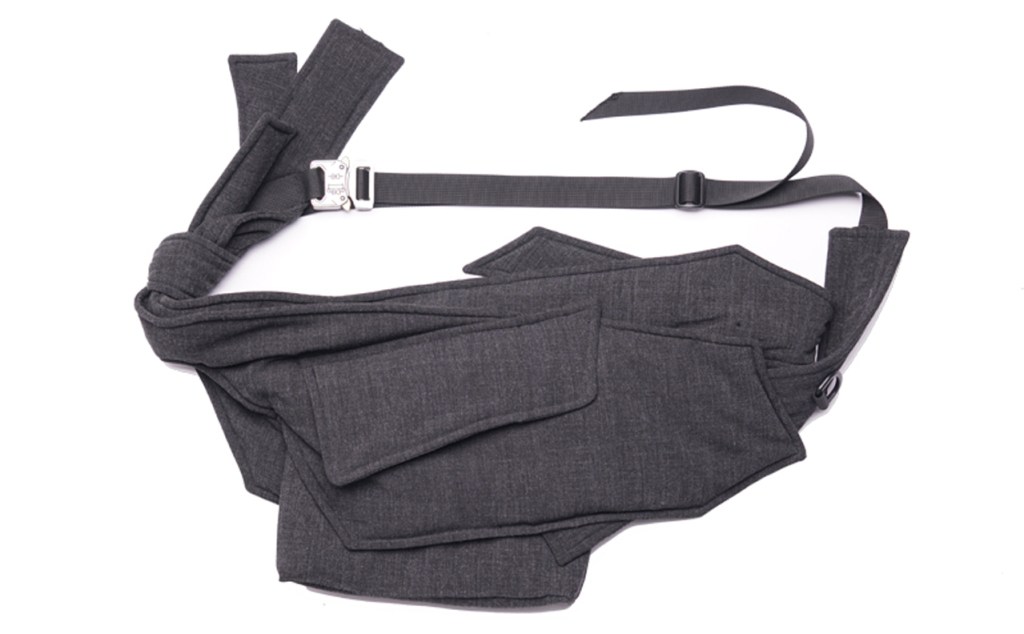 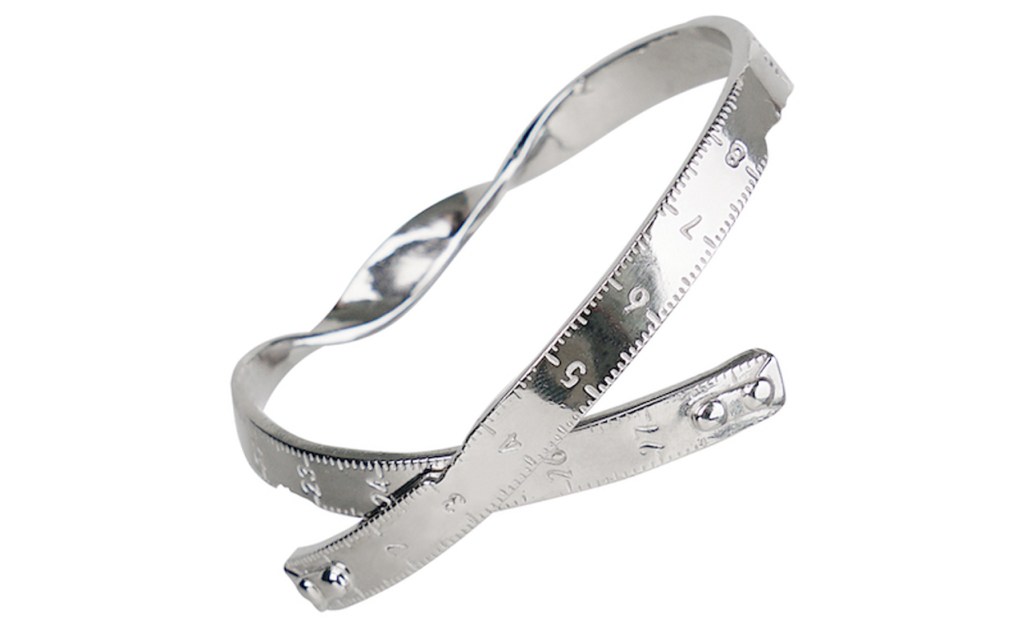 Our fascination for K-beauty and J-beauty has extended to Mainland China where everyday products have quickly become coveted and cult items overseas. And perhaps even more culty is the latest collaboration between White Rabbit (delicious milk candy, you need to try it) and Scent Gallery. The result is a sweet and sumptuous concoction of sugared jasmine petals, Madagascan vanilla, and White Rabbit milk candy.

Bottled in a wide range of body products and fragrances, we’re getting our hands on the Shower Cream and Body Lotion for bath time directly from Wuhan. Plane ticket not needed. 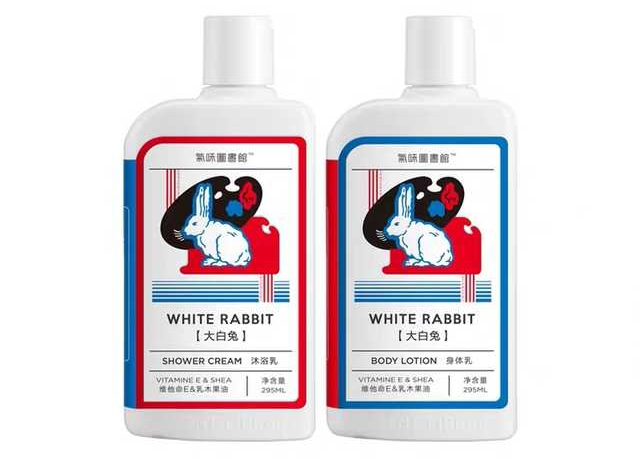 “Han embroidery originated from Chu embroidery in the Warring States Period, one of the top ten famous embroidery in China,” says Liu. Mainly popular in the regions of Jingsha, Wuhan and Honghu, this technique of embroidery combines methods of the north and south.

When you travel to Wuhan, you will often see small embroideries as mementoes or souvenirs of the city. Without the current means of travel, let the city come to you with Yingifts. Based in Canada from a Chinese-born founder, the gift store hand selects crafts from oriental countries and delivers worldwide. When asked to describe the smells of Wuhan, Liu’s response was simple: “ginger”. Shanghai Tang is perhaps best known for its signatures fragrance which include the Ginger Flower, an exotic blossom found growing wild in the Spring. Now, you can bring the essence of the Hubei capital city into your home with the Incense holder and sticks. 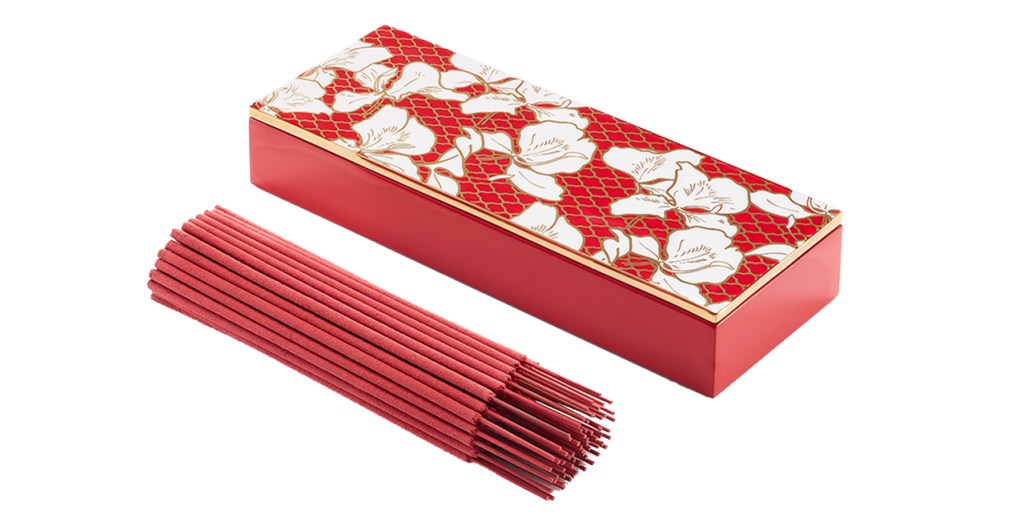 THE SOUND OF WUHAN

First recorded in 1989, Hubei Chime Bells Orchestra used ancient bells exhumed from the tomb of Maruise Yi of the Zeng State, dating back to around 433 BC. It doesn’t get more traditional than that.