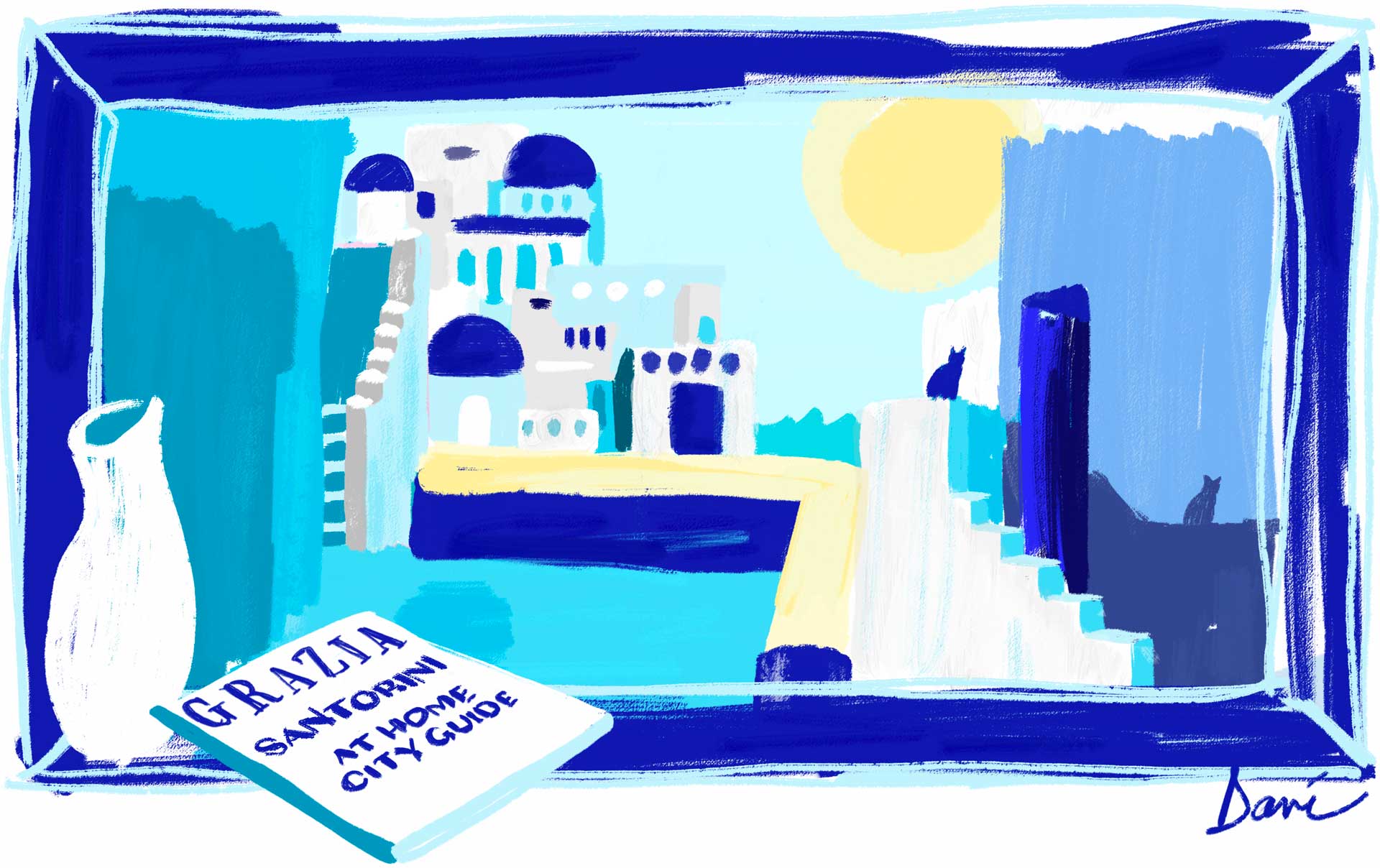 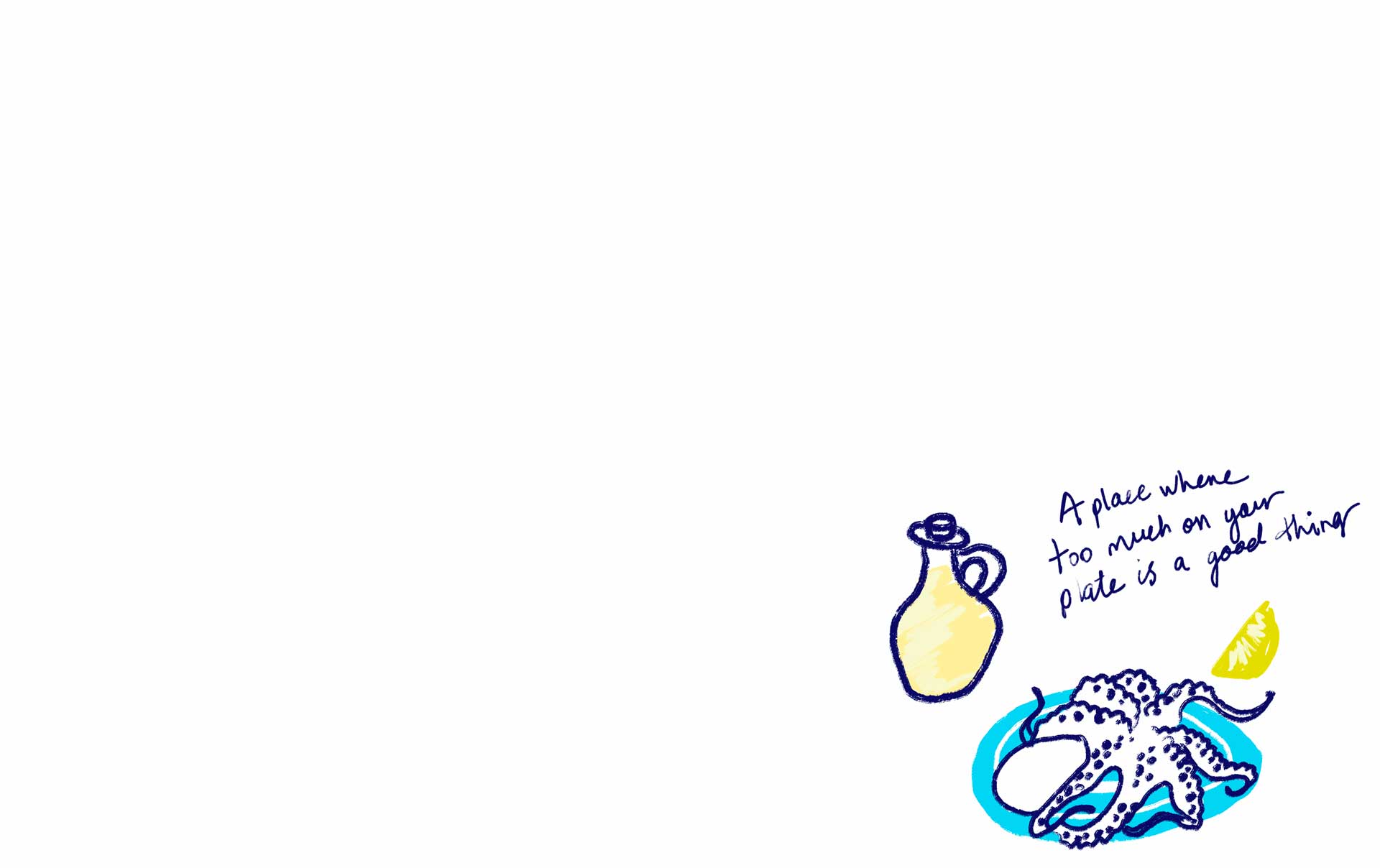 While technically not a city, the Greek island of Santorini is arguably Greece’s greatest pin-up, offering a window into the blue-and-white island life the country is so famous for. With its sapphire sea, brutish yet beautiful form and sweeping, jaw-slackening views, nothing quite possesses the physical impact of Santorini.

Arriving by ferry at first light, looking up at its incomparable might, marvelling at the tiny white villages that dot its unfathomable rocky peaks, you begin to understand the magnetic pull of the island. Looking down, though, is perhaps where you fully grasp it. The view of the caldera – the crater created by a volcanic eruption 3,500 years ago – is the jewel in Santorini’s glittering crown, a beauty so profound it is almost otherworldly. Unbelievable, in fact.

Whether it’s dipping your toes into the infinity pools of the island’s revamped yposkafa – the caves excavated into the rock which now boast the most glamorous (and expensive) real estate in the world – or reconnecting with the Gods at the archaeological site of Akrotiri, to trekking down to its famous lava-tinted Red Beach, the spoils of Santorini are many.

The island also boasts impressive culinary scope; famous for its fava, white eggplants and cherry-size vine tomatoes, all grown from Santorini’s fertile yet fascinating soil (a mixture of volcanic dust, black igneous rock, red rock, pumice stone, solidified lava and sand). It too lays claim to some of the most venerable restaurants in all of Greece, and importantly, wine. Nothing quite says Santorini like a glass (or two) of local Assyrtiko wine while gulping in the sunset.

Which brings us to the sunset. Even when the slightest pink glow tinges the sky, tourists clamber and jostle over a patch of rock to watch what is often described “the best sunset in the world”, as the pretty pastel town of Oia transforms into a hotbed of travel zealots keen to snap the brilliant red arc that drops over the abyss.

As we begin our inevitable descent into the depths of winter, the absence of decamping to Santorini for the “Euro summer” is indeed making our hearts grow fonder.

While Greece is opening up its borders June 15 to select countries (Australia included), consider this your direct ticket to the magnificent Greek island – sans that stupendously rocky ferry (the oceanic passage to-and-from Santorini is notoriously windy and not made for those with weak stomachs – just swashbuckling, seafaring Greek fisherman with stomachs made of steel).

Now cue the Zorba and (mentally) smash some plates, time to escape to Santorini…

What Crocodile Dundee is to Australia, Zorba is to Greece. But unlike Dundee, Zorba was a little more philosophical. Based on Nikos Kazantzakis’s 1946 literary masterpiece, Life and Times of Alexis Zorbas, the 1964 film adaption, Zorba the Greek, put Greece on the map (well, in Hollywood, anyway). Following the unlikely friendship of uppity British-Greek author, Basil, and the titular rollicking peasant, Zorba, the film was rich in Kazantzakis’s existential life lessons. But perhaps the most enduring scene is the final one: the two men arm in arm by the beach dancing the Sirtaki, or what has now become “The Zorba”, one of the most popular tokens of Greek culture, and indeed what tipsy tourists dance atop tables long into the Santorinian night. 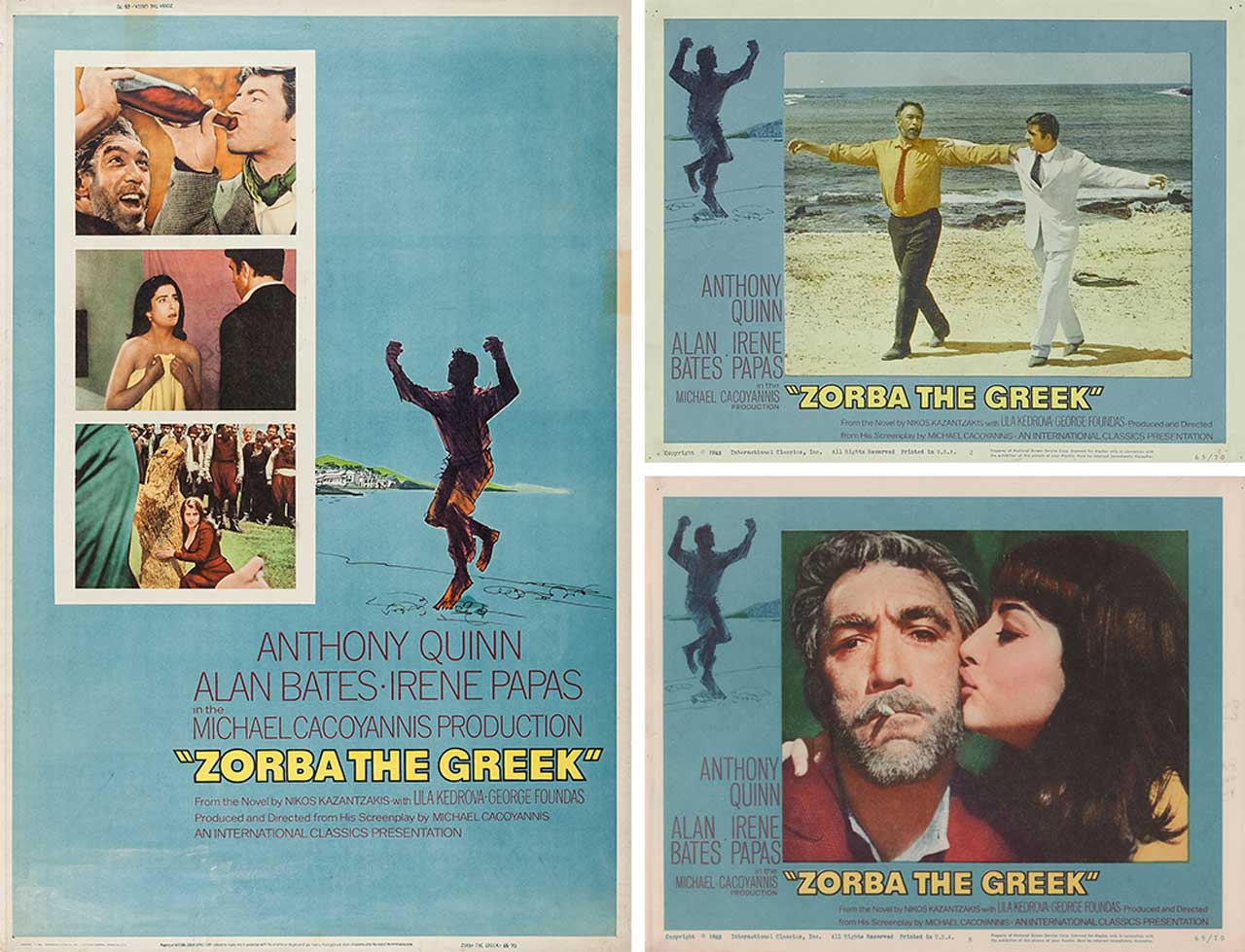 the drink to drink

Try out Greece’s most famous tipple, Ouzo, but with a twist. While the anise-flavoured aperitif can be polarising, when tempered with lemon, egg white and a simple sugar syrup, a cocktail star is born: the Ouzo Sour. You’ll be throwing them back faster than you can say YIA MAS. 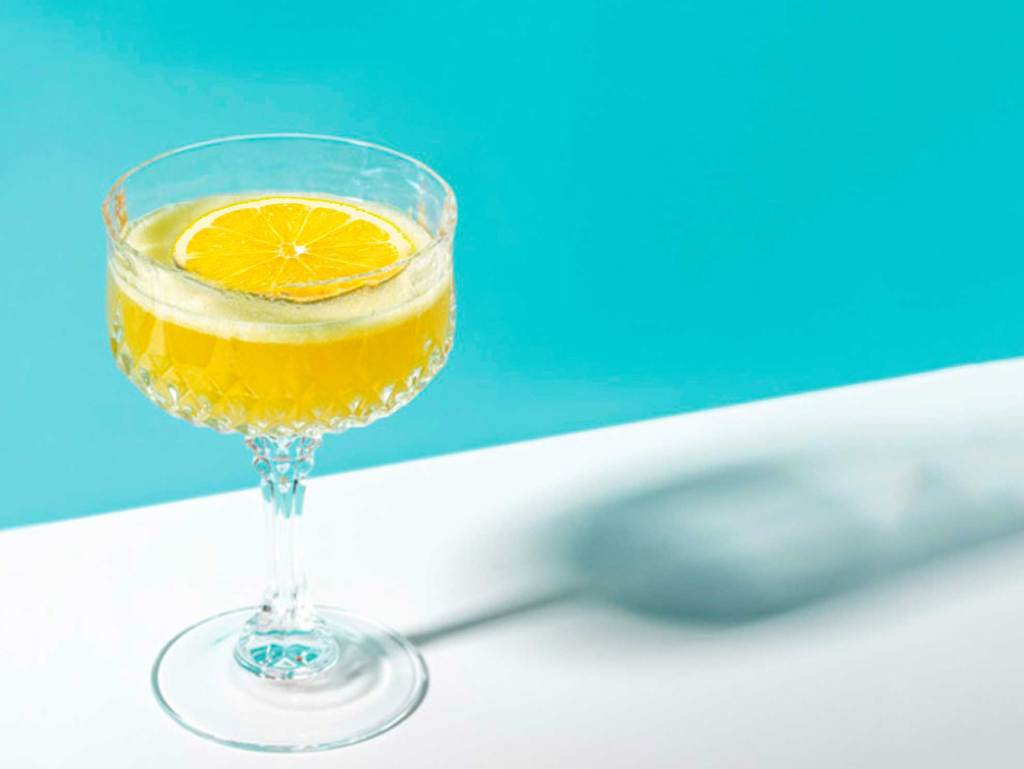 Food, glorious, food! Arguably the most important part of any Greek’s life, food is at the heart of Greek culture. While its cuisine is vast and varied, when dining under a canopy of soaring red cliffs, by the water’s edge in the charming fishing village of Ammoudi, fish on the coals is a must, typically served with Santorini’s local delicacy, creamy fava. The picturesque port teems with local fish tavernas slapping sun-dried octopus on the rocks and scorching the day’s fresh catch. Attempt charred Greek-style fish at home, but remember: be overly zealous when it comes to seasoning (particularly lemon and salt). Or should you be near the Great Ocean Road, don’t miss this local BBQ Baby Snapper with Fresh Herbs and Purslane from Hellenic foodie haven, Ipsos Restaurant in Lorne. 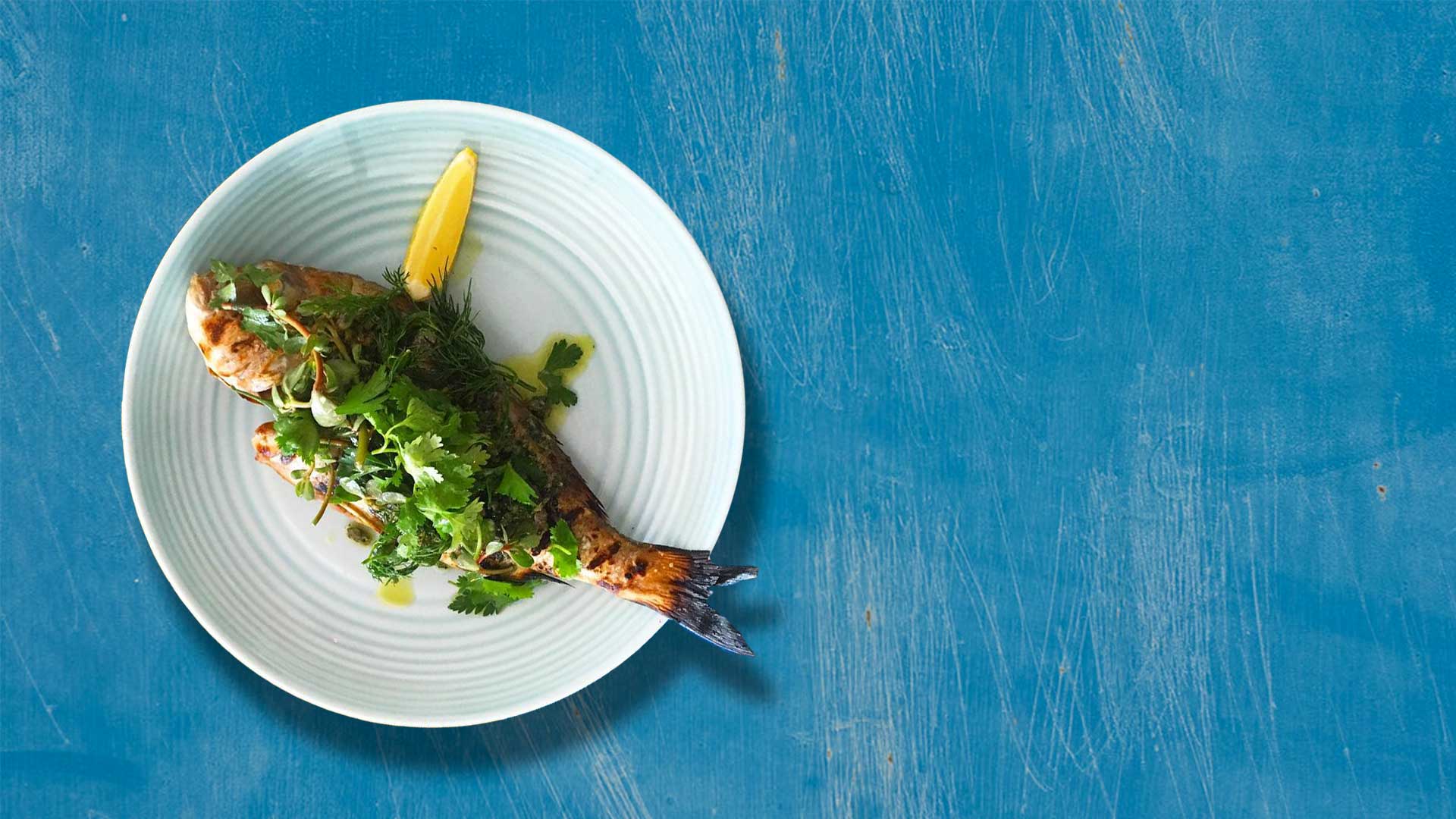 TO ENJOY AT HOME

Travel back in time to Antiquity with Themiz Z’s scallop-swirled ceramics that recall the ancient art of pottery and are hand-crafted in Greece. Notable heroes include the coffee cups, excellent for a Greek kafé and fortune-telling (Greek coffee lore), and a dessert plate perfect for a piece of galaktoboureko, a semolina custard and filo pie (and arguably the hardest word in the Greek language!) While Anissa Kermiche’s modern take on Greek sculpture will keep the Hellenic spirit alive in your home, LRNCE’s Koral Vase is like something you’d find deep-sea diving off the coast of neighbouring Kalymnos (famous for their sea sponges), wonderfully organic and emblematic of traditional artisanship. 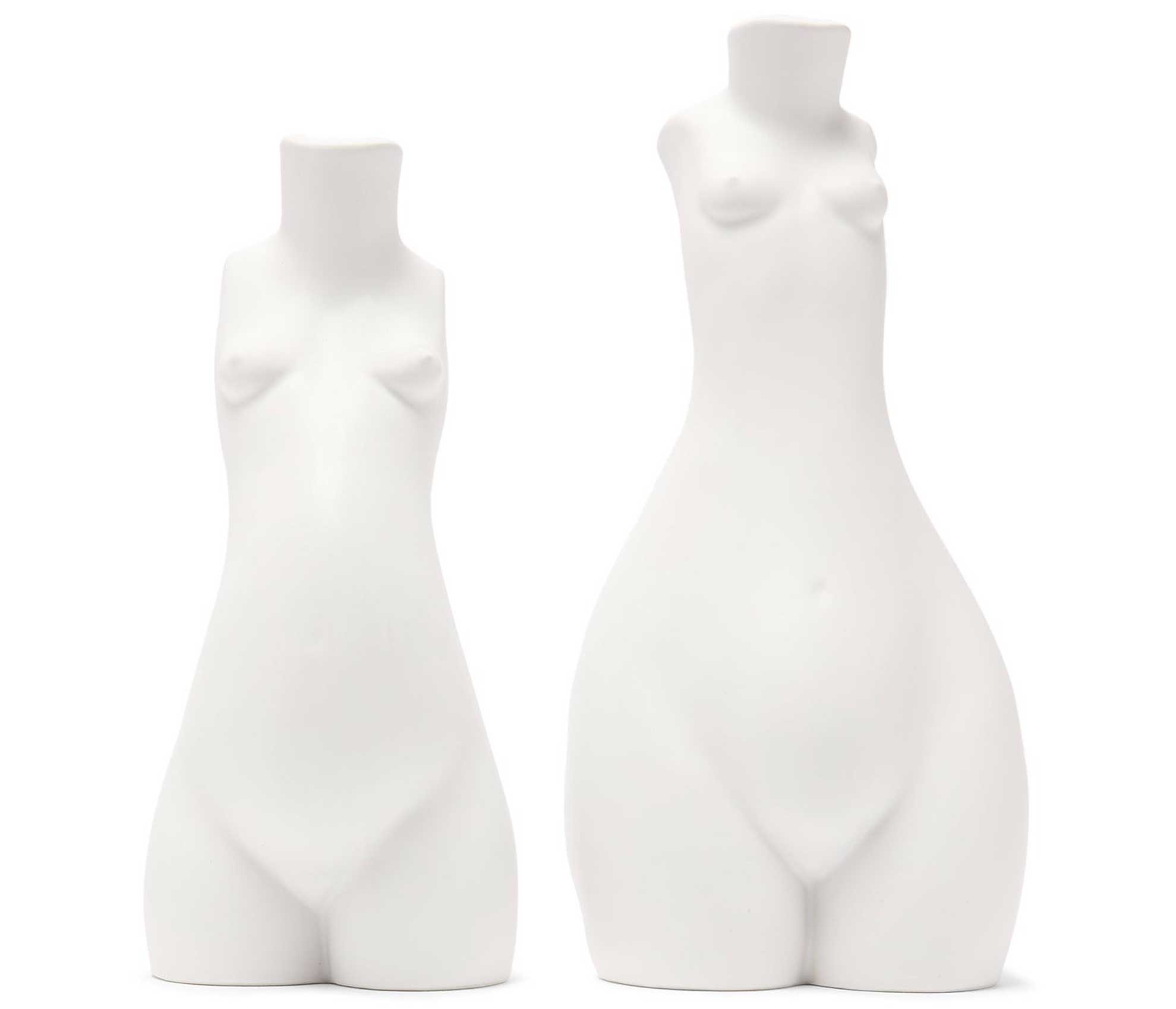 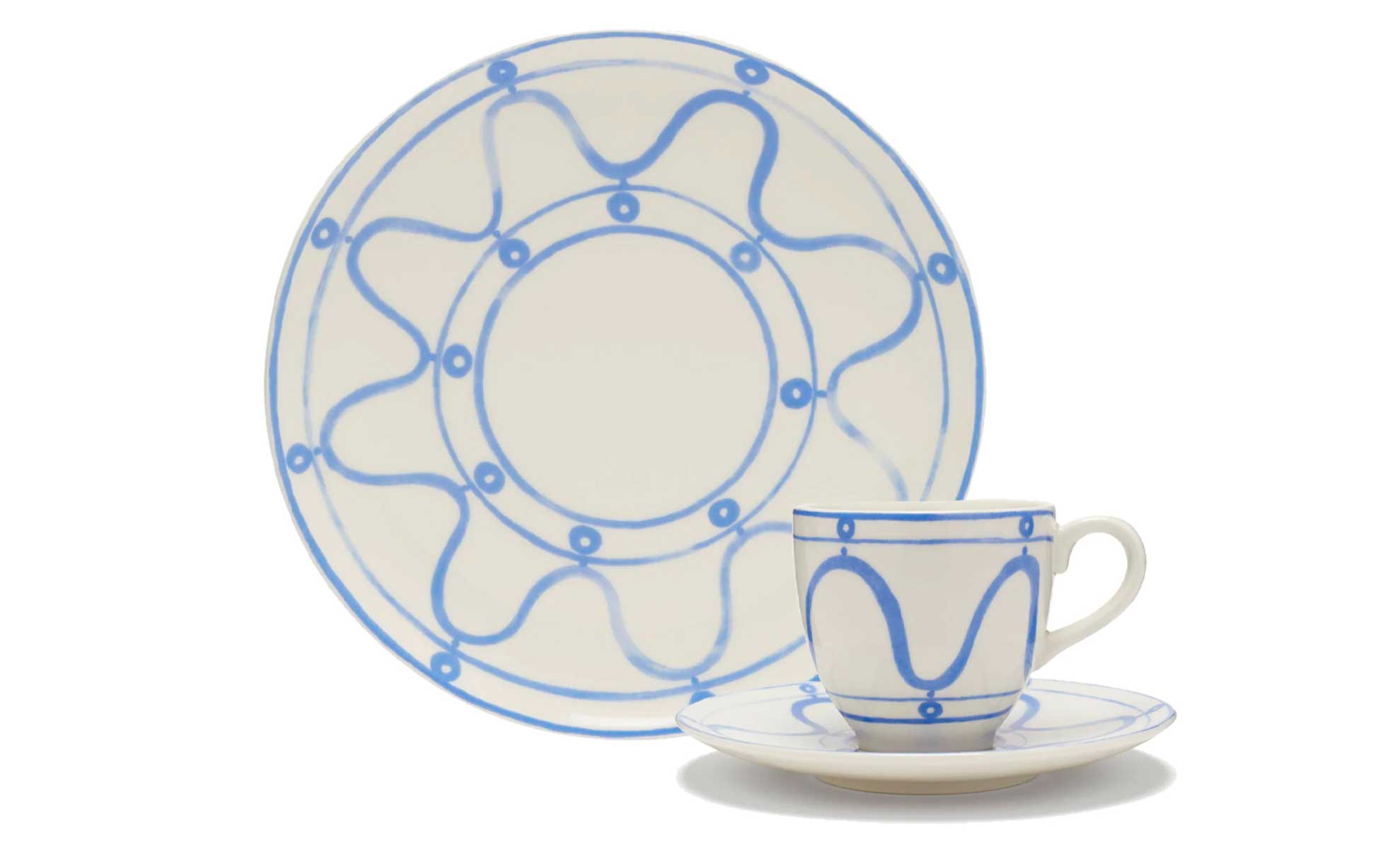 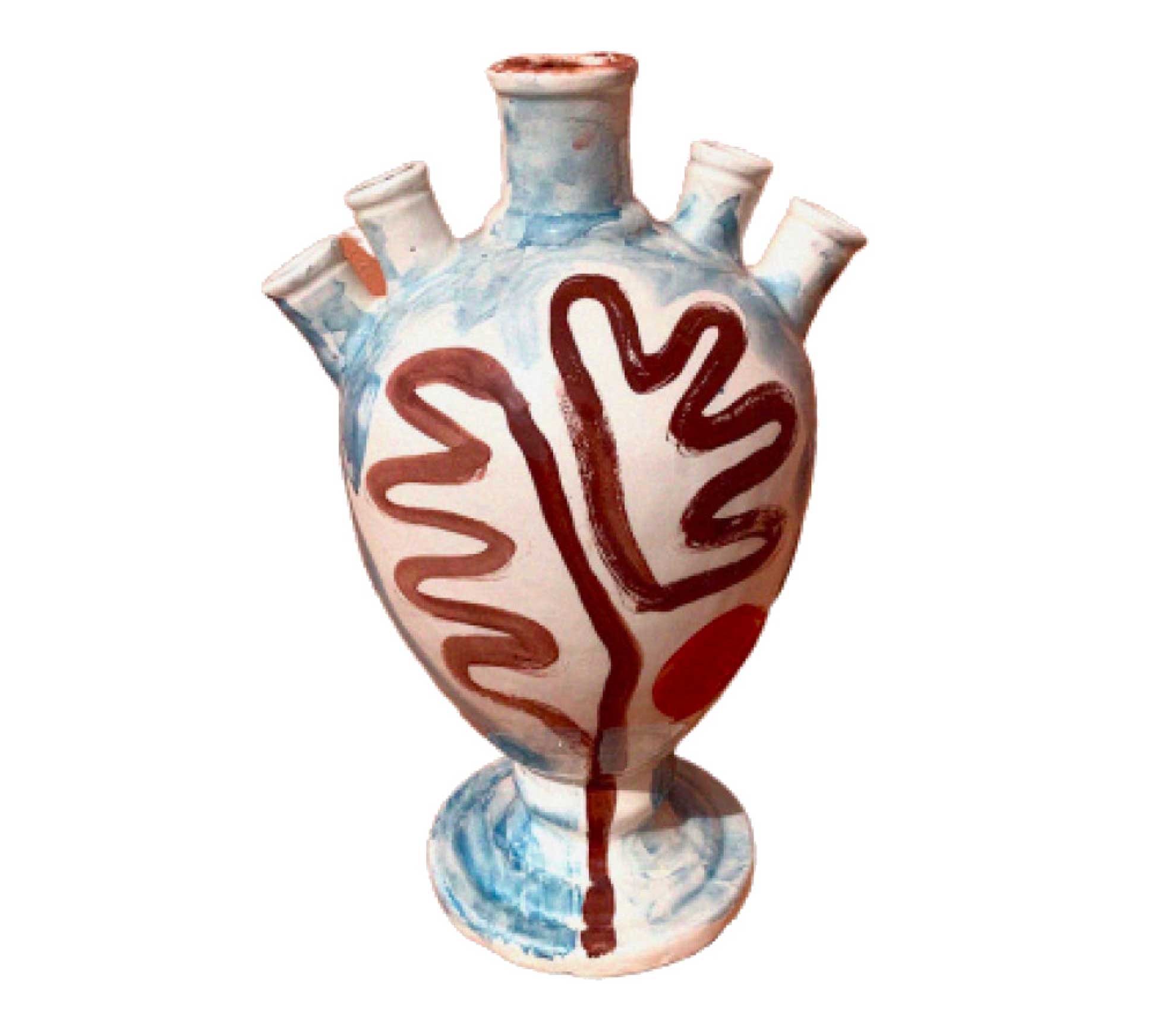 No trip to the Greek isles should be without Greece’s most celebrated designer, Mary Katrantzou. The nation’s first lady of fashion casts Greek culture through couture, articulating its impact on Western civilisation via soaring print and exuberant colour. Front the infinite blue (the dining room edition) in the wavy crotchet dress from her historic Temple of Poseidon show and compliment the look with an Ancient Greek Sandal accented in the nation’s favourite shade, blue. A glint of gold by way of Hermina Athens adds a Herculean touch, while an elevated straw bag taps that quintessential island life most stylishly. 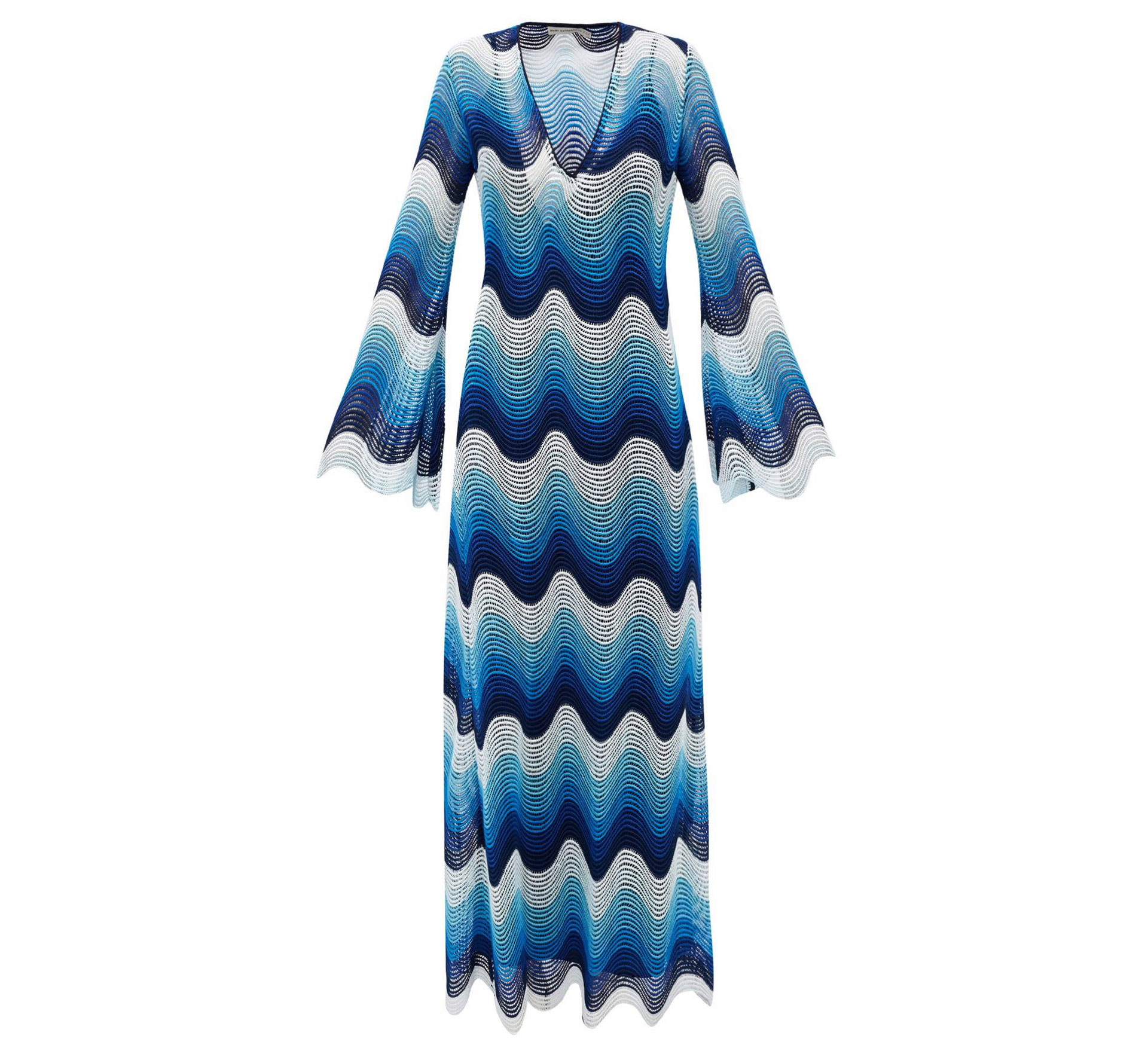 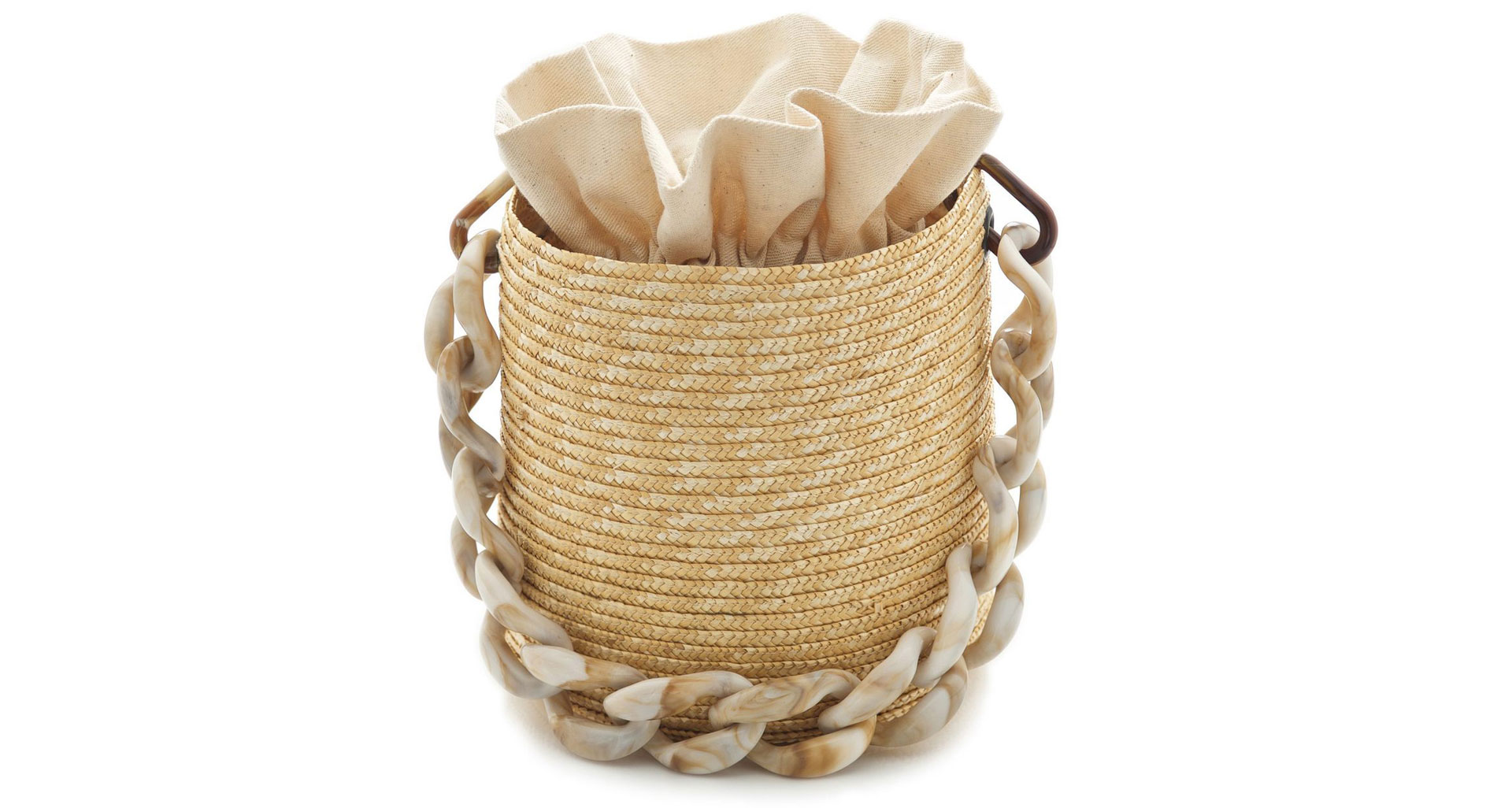 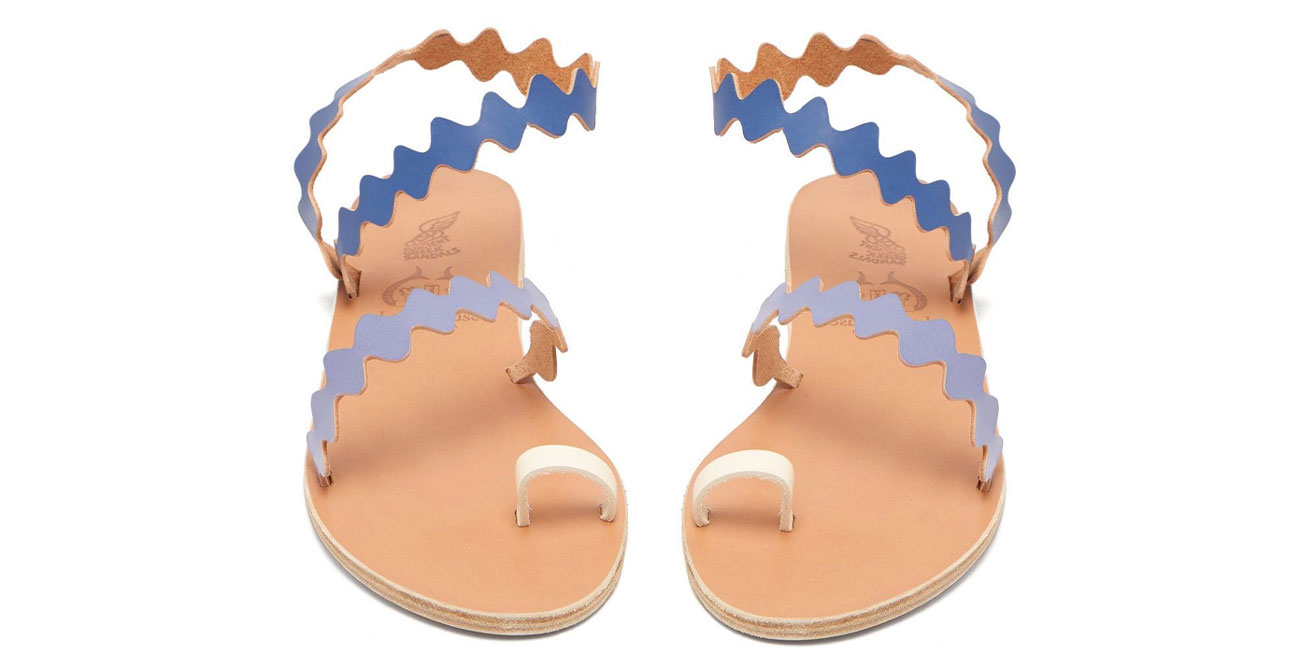 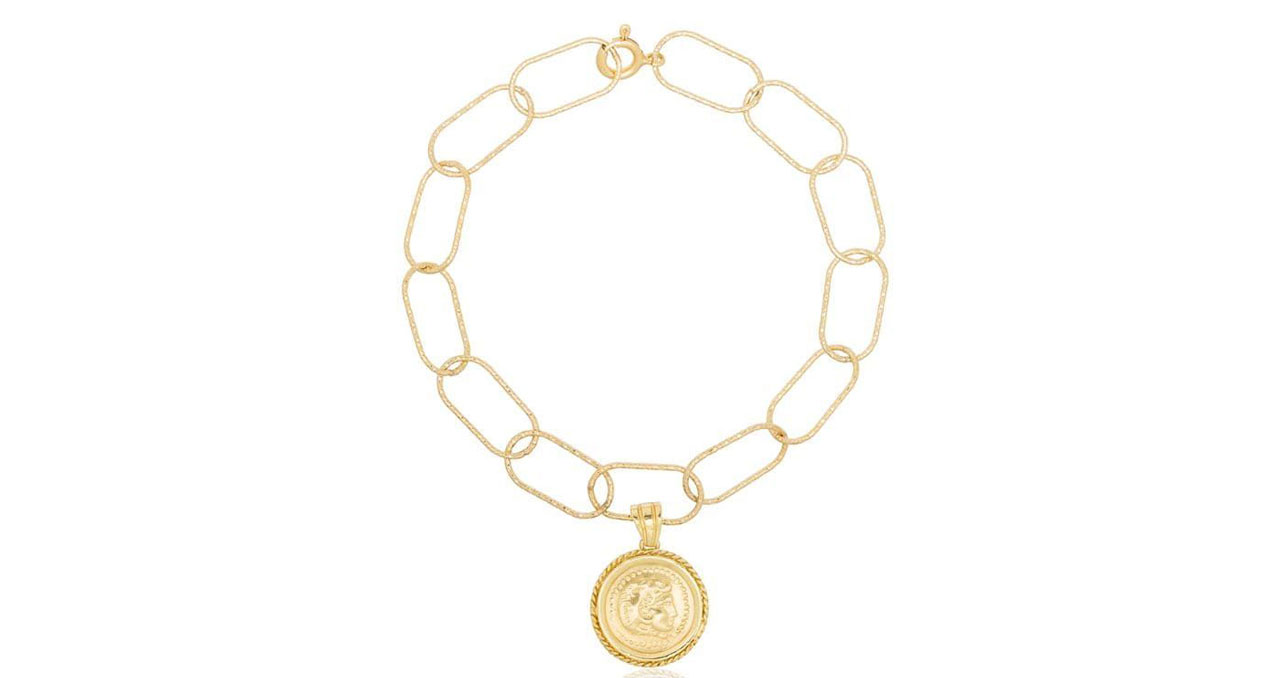 In Ancient Greece, physical beauty was paramount. In fact, the ancient Greeks even had a name for it – kaloskagathos – which meant if you were beautiful to look at (cheek-chiselled, full-lipped, buff and glossy) you also had a beautiful mind, equating physical perfection to inner perfection (controversial by today’s standards, but a common canon of the time). So to keep up modern beauty appearances, slather skin in Korres’ Greek yoghurt-charged mask and spritz the sun – well, Tom Ford’s version – liberally. 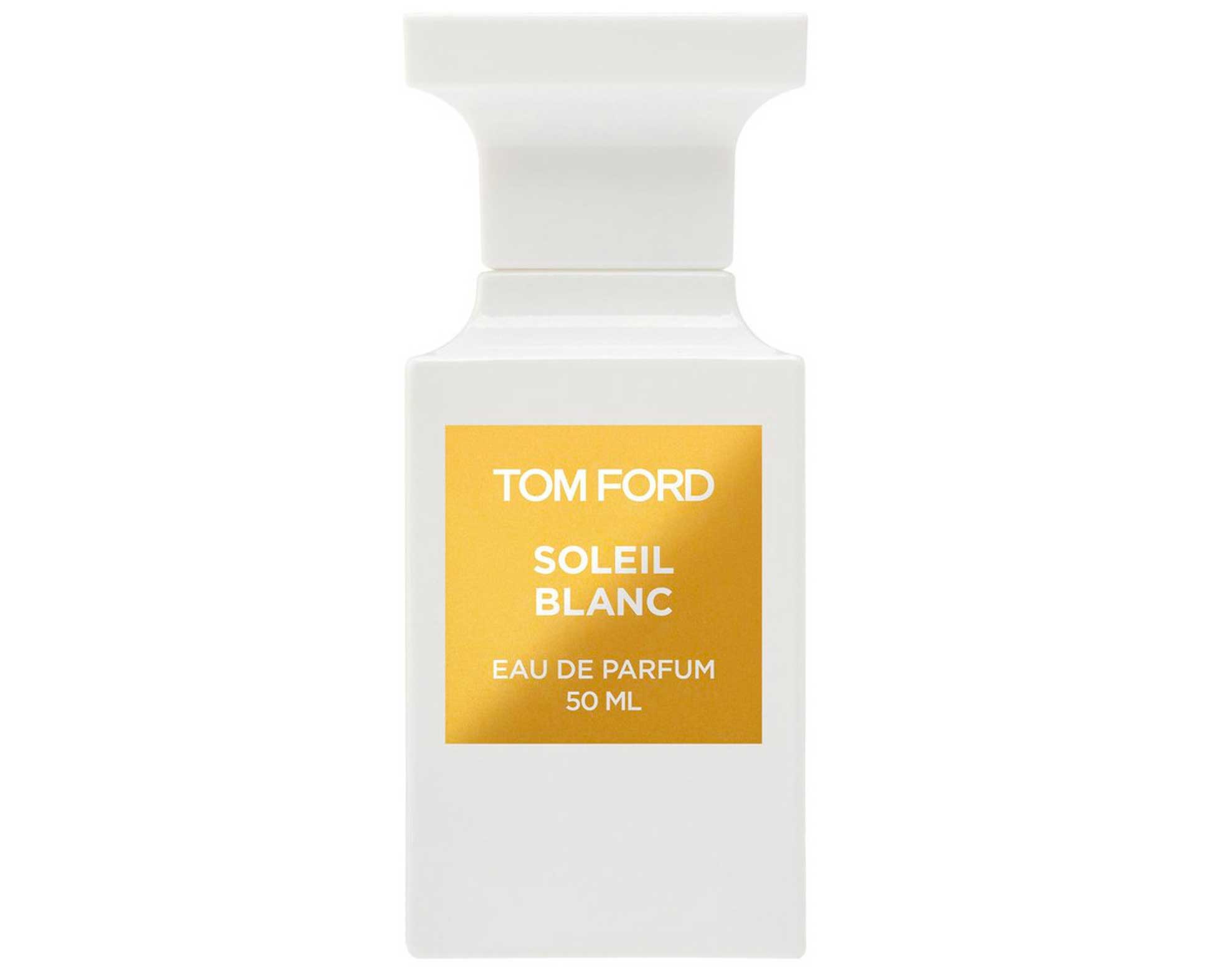 The soothing sounds of the bouzouki, a long-necked lute keynote to Greek music, will transport you to a night on top of the caldera in no time…