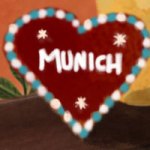 Dubbed as the "world city with heart", GRAZIA's Guest Editor and Illustrator, Deborah Schreiber, leads us on a journey to the welcoming metropolis of Munich - if only from lockdown... 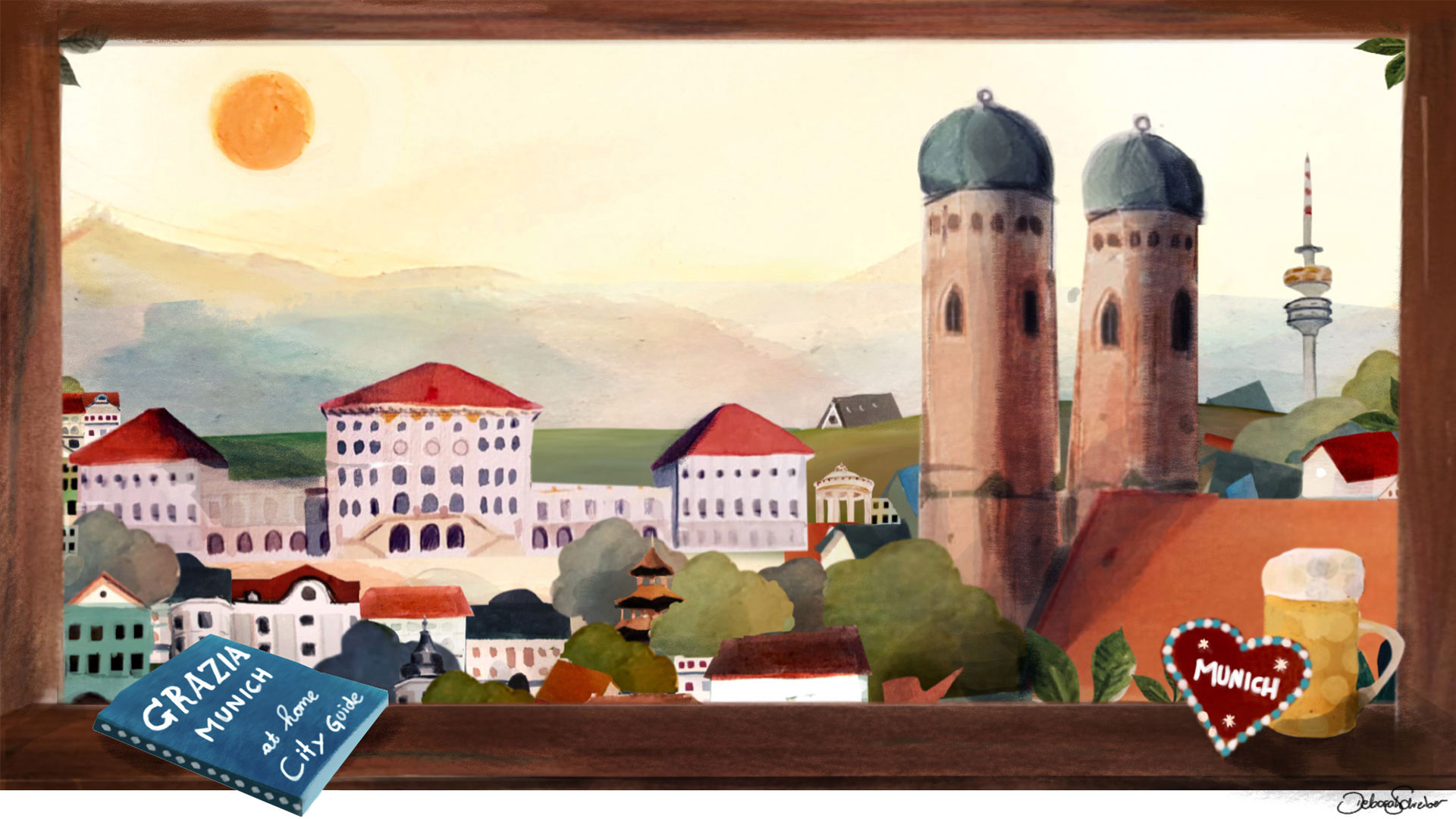 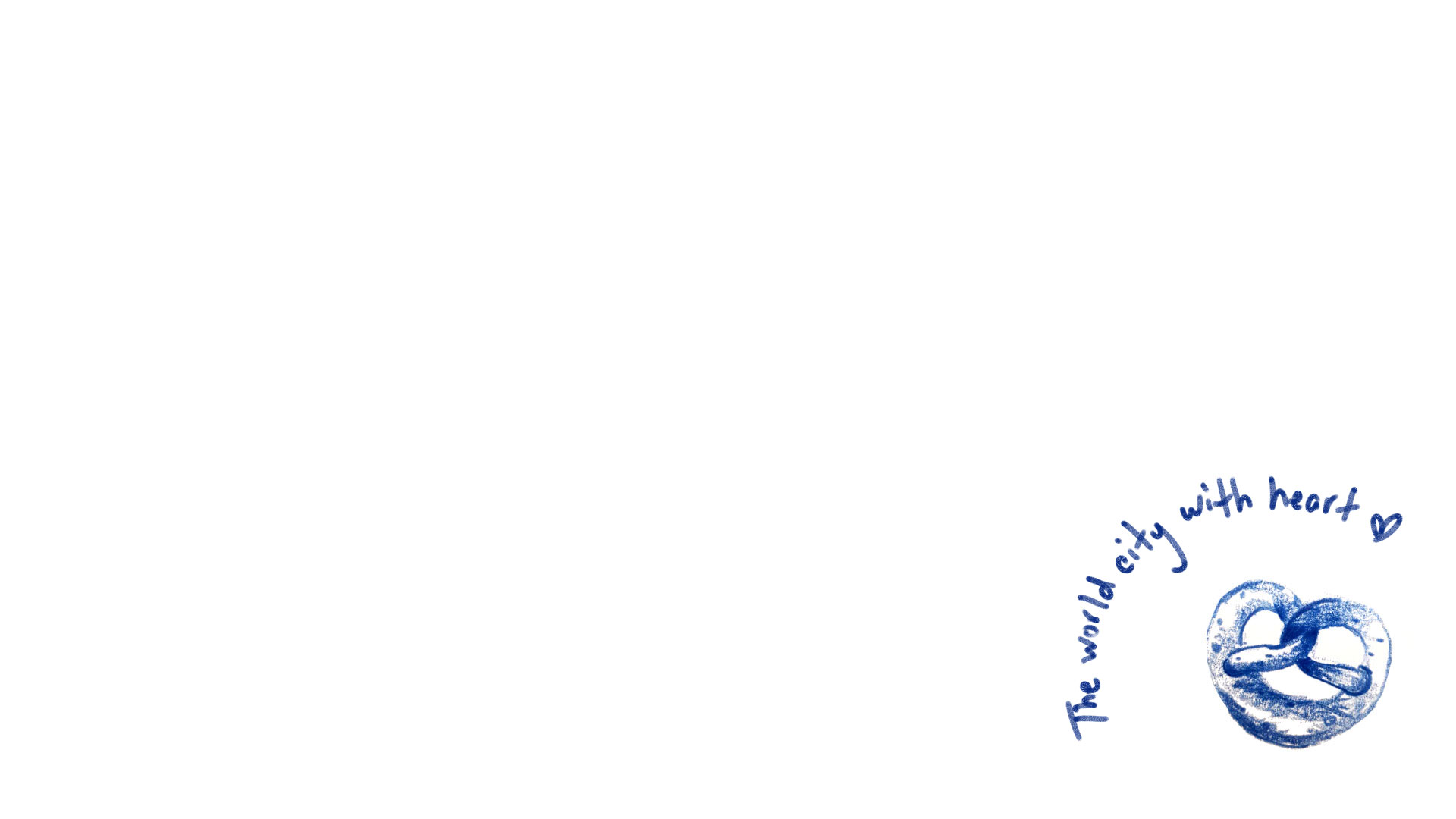 For locals, Munich is known as: “the world city with heart”. Speaking on the German city, Illustrator and GRAZIA’s Guest Editor Deborah Schreiber says, “Although it being a busy city, Munich can feel a lot like a small town – with all its green areas, beer gardens, parks and general laid back atmosphere.”

Seven years ago, Schreiber moved abroad to study and work but says she regularly visits the city to see family and friends. When the pandemic descended onto Munich, the artist was forced to stay in the UK where she is currently experiencing lockdown in Falmouth. Stories of home, traditional cooking and decorating help pass the time. This week, she illustrates our next instalment of the At Home City Guides series, a one-stop shoppable gazette designed so you can capture a piece of a city from your living room.

“I’ve always found it hard to pin my style down as its always evolving,” Schreiber tells GRAZIA. “In general, I think my work can be seen as colourful, playful, atmospheric illustrations. I also have a passion for picture books. I mainly work in traditional media (for example watercolours, acrylic paints and more) and often like to bring elements together afterwards in photoshop. My illustration depicts my personal view of Munich.”

Bustling with art, culture and food, Munich is not like any other place in Europe. 24 hours – best experienced in summer or autumn – consists of coffee (the Germans do a great brew) and a baked good in the morning followed by a stroll through the various parks. By lunchtime it is suggested to venture to Gärtnerplatz square where lunch and the rest of the city awaits. Schreiber then suggests a number of different must-visit sites: Viktualienmarkt, St Peters Church and the famous Höfbräuhaus beer hall during the afternoon. And by night, many locals visit the English Garden for a BYO dinner or head to the Chinese tower for a drink.

And at midnight? “Munich is full of art and culture with lots of theatres, parks, concerts and bars if you are not ready to go to sleep yet,” the artist also advises.

While our means of travel is still inhibited, these experiences can be emulated via the home. Try your hand at baking traditional pretzels, lay back with a Munich beer and discover the treasures of Munich as edited by Deborah Schreiber below.

When Deborah Schreiber looks back on local film and television, her most vivid memory of Munich is “Meister Eder und sein Pumuckl” (English translation: Master Eder and his Pumuckl). “It is hard to describe but it is definitely a favourite,” the artist tells GRAZIA. “It holds a lot of warm, fun memories of the city for me and is spoken in the Munich dialect.”

As for film, ‘Zur Sache Schätzchen’ (translated ‘Go For It, Baby’) is one of the city’s most successful comedies of the New German Cinema era. Starring Uschi Glas and Werner Enke, the ’60s cult film was considered revolutionary as the protagonist couple represented the social conflicts found in Munich at the time. Chronicling a day in the life of Martin, a witty yet lazy songwriter who’d rather not get out of bed, it quickly became a box office hit and is still an icon of German cinema today. You can purchase the film, here. 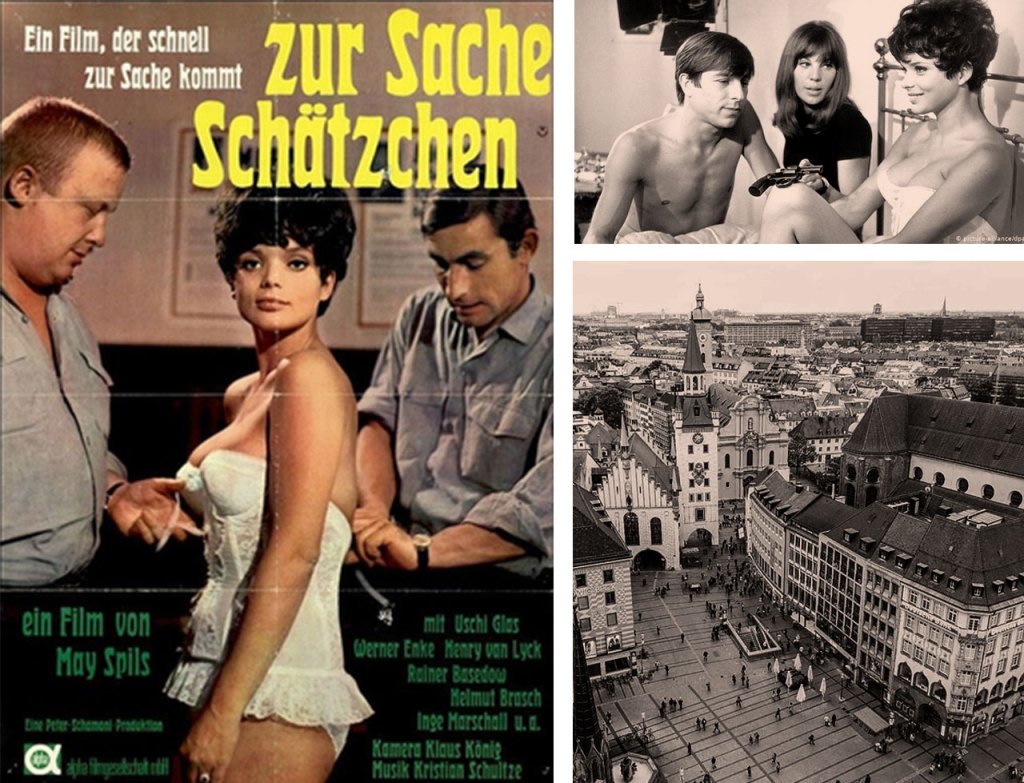 It’s no secret that Germany is known for its famous pretzels – there’s nothing quite like it globally. For Schreiber, she loves them so much her family used to call her ‘Pretzel Debby’ growing up. “I can’t resist a freshly baked, warm pretzels – best with just some butter on it.” Honey mustard is also a common condiment as are chives.

Legend has it that 17th century children wore pretzel necklaces on New Year’s to symbolise good luck and prosperity for the coming year, according to History.com. It is also believed that the tasty bread was originally called “bracellae,” the Latin term for “little arms,”. Germans then derived the term “bretzel”. But no matter what you call it, this authentic recipe will transport you to Munich in 16 minutes of baking time.

Munich is home to the original Oktoberfest, so it’s a no-brainer that the local brew is world class. “Do I need to say more?”, Schreiber responds. It is also important to note that in Germany, beer is cheaper than table water. To experience the same drop in your home city, may we suggest looking for the likes of Hofbrau, Paulaner Lager and Spaten at your local liquor store.

Schreiber describe the country’s style sensibility as “casual but chic”. German-born designer Heidemarie Jiline “Jil” Sander perfectly embodies this notion since founding her namesake brand in 1968. Armed with just her mother’s sewing machine, Sander’s minimalistic approach to design has garnered fans from women all over the globe and saw widespread popularity throughout the ’80s and ’90s. From Spring/Sumer 2018, former head designers for Raf Simons’ Dior and Supreme, Lucie and Luke Meier took over the helm of the German house.

For a nod to German fashion, make this long sleeve shirt dress your next purchase – a vibrant take on a classic silhouette. 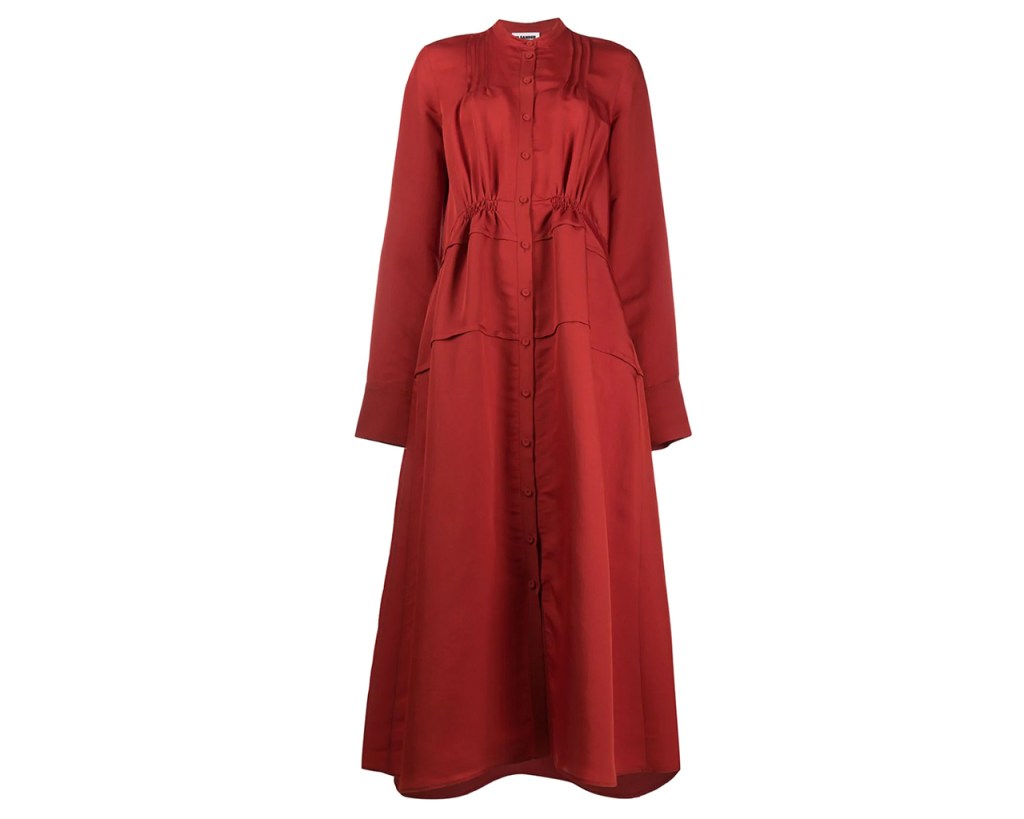 It was instant success. Since the first collection in January 2013, PB 0110 was quickly requested by partners in Sydney, New York, Hong Kong, Basel, Berlin, Munich, London and Paris. Founded by Philipp Bree, the local label produces bags and accessories of vegetable-tanned natural leather, pure linen and brass. Harnessing the idea that these materials mature with wear, the brand ethos believes in the “significance of beloved objects, in things which develop an individuality through daily use and become essential companions over time.”

Drawing from design experience with family business BREE, the pieces are a minimalistic, practical and beautiful. Crafted by skilled European manufacturers, we only hope to be able to use the styles for travel in the future. In the meantime, try this everyday style. 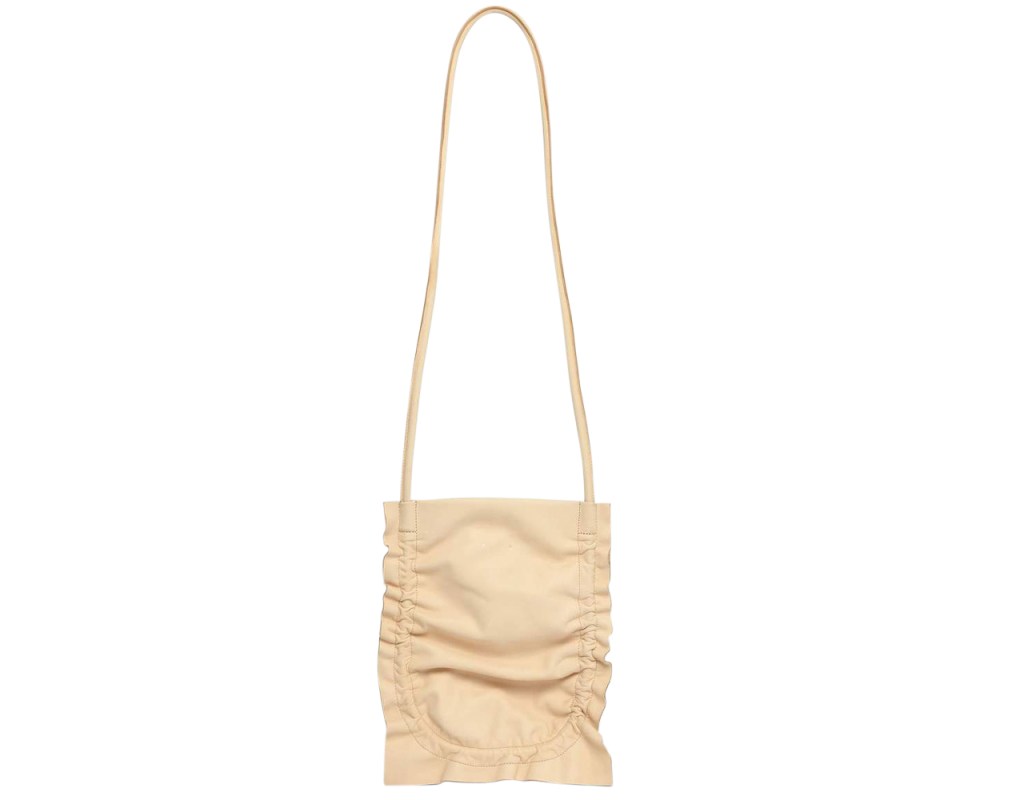 This isn’t just any accessories label. For co-founders and brothers Johannes and Matthias Schweize the purpose of their work is rooted in “contemporary trends and concerns in a socially relevant, textile examination of today’s world.” The design duo research architecture, performing and visual arts, as well as fashion and product design to produce their styles. And by adhering to transparent and strict manufacturing practices, OBS only creates timeless, seasonless pieces that are made to last.

This makes a perfect gift with a social conscious. 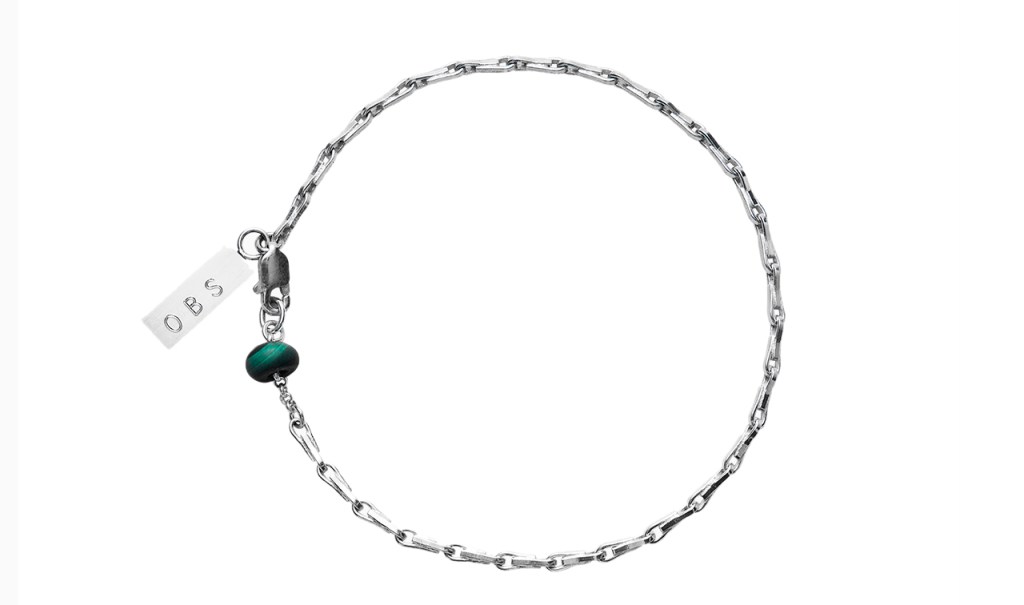 Founded by Hugo Boss in 1924, the eponymous fashion brand first made all-purpose clothing in Germany and during World War II, produced uniforms for the government. It wasn’t until 1988 when the house went public and began creating a uniform of its own vision – that for men and eventually women. Today, the Boss name is connected to sartorial acclaim and is known for its wardrobe essentials. If you’re trotting around Munich in the winter, you’ll need a pair of sturdy combat boots to see you through – but no matter what city you’re in, these are perfect for year-round wear. 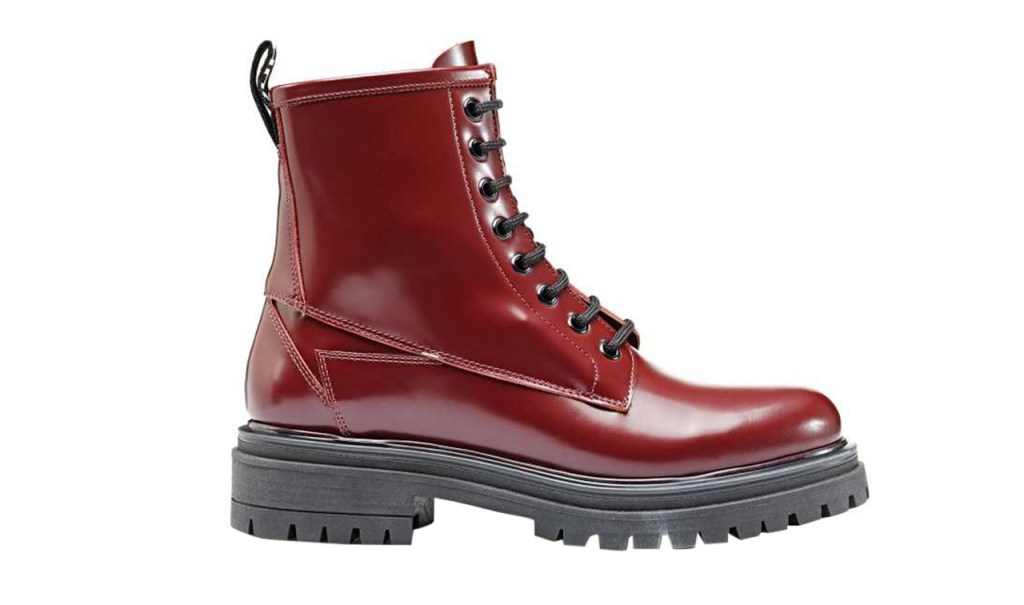 When you think of German beauty, nothing immediately comes to mind. Think again and you’ll learn that the European country is home to lauded skincare. Dr. Barbara Sturm is an aesthetics doctor best known for her non-surgical anti-aging skin treatment. She coined the ‘Kobe Procedure’, named after the late-Kobe Bryant and in 2002, bottled her experience into sought-after creams. Nearly two decades later and she has conceptualised an entire line of performance-based skincare.

Thanks to the overwhelming influence of Victoria Beckham and her collaboration with the brand, recent years have seen Augustinus Bader reach cult status. Founded by the Director and Professor of Applied Stem Cell Biology and Cell Technology of the same name, the bottled science has been on offer to consumers from 2017, with the simple philosophy: “We have no need for myths or miracles”. And if it’s good enough for Beckham, it must be really good. Try it for yourself.

scent of the city

“Chestnut trees, fresh pretzels and roasted almonds.” For Schreiber, these are the scents of Munich. Luckily you can bring the unique concoction of smells into your home with this Williams Sonoma candle. No plane ticket required. 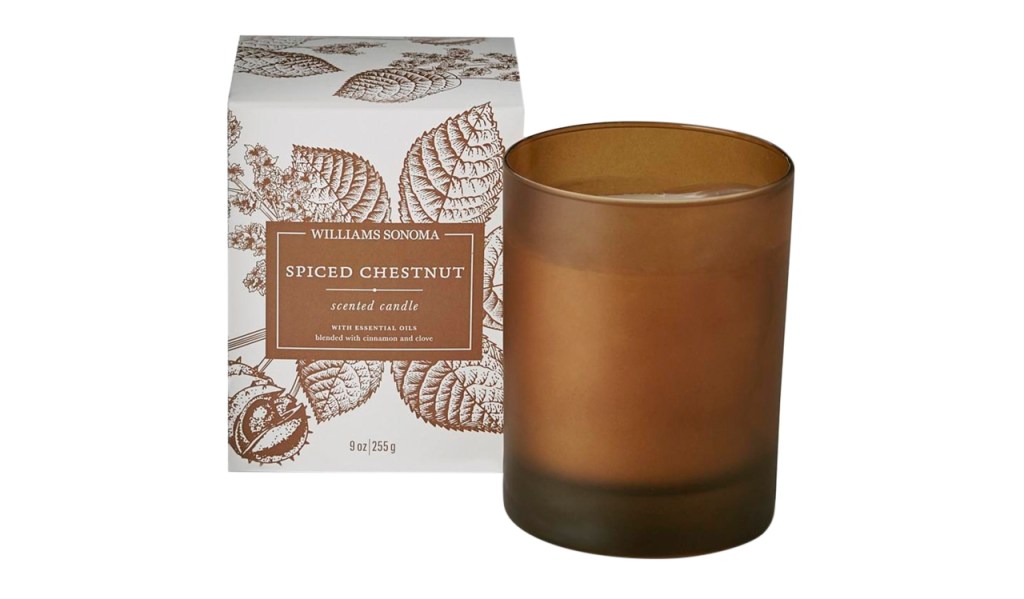 For the meantime, crowded beer halls are a beloved past time. But that doesn’t mean you can’t kick up your feet with a traditional Munich beer and tune into the familiar music on occasion – sans the line to the bar.