The Grammy nominees announcement yesterday was met with a mix of emotions. On one hand, fans of breakout artist Olivia Rodrigo were rejoicing, as the Drivers License singer scored nominations in all four big categories of Best Album, Best New Artist, Record of the Year and Song of the Year.

Billie Eilish, Lil Nas X, Doja Cat and Taylor Swift also scored nominations in key categories, but while it’s wonderful to see new artists and long-standing talent receive acknowledgement of their work over the past year, the list has not been without controversy.

Comedian Louis CK and Marilyn Manson both received nominations this year, with many criticising the Grammys for this due to the accusations of sexual misconduct and abuse against the artists.

In light of the backlash, Recording Academy President and CEO Harvey Mason Jr. released a statement today. Speaking to The Wrap, Mason Jr. stood firm on the decision.

However, Mason Jr. went on to say that this stance does not extend to who attends or performs at the Grammys.

“What we will control is our stages, our shows, our events, our red carpets. We’ll take a look at anyone who is asking to be a part of that, asking to be in attendance, and we’ll make our decisions at that point.”

Does this mean Louis CK and Marilyn Manson may not be invited to attend the awards? CK is nominated for Best Comedy Album, while Manson joins Kanye West and others as part of Donda, which was nominated for Album of the Year.

The comedy album was CK’s first release since 2017, when a New York Times report saw five women accuse the comedian of sexual misconduct and harassment, which he admitted to in a statement following the report.

Manson was accused by ex-girlfriend Evan Rachel Wood of domestic violence and sexual assault, after Wood named Manson this February as the previously anonymous abuser she spoke about in 2018 in testimony before Congress to support the Sexual Assault Survivors’ Bill of Rights. Following this, other women came forward with allegations of abuse against the artist, with model Sarah McNeilly writing “I stand in support of all that have and all will come forward. I want to see Brian held accountable for his evil.” 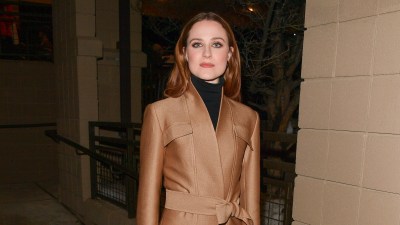 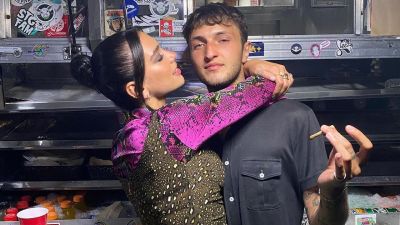 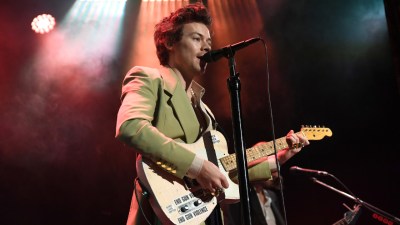 Grammy Awards 2021: Nominations to Know About Ahead of Music’s Biggest Night 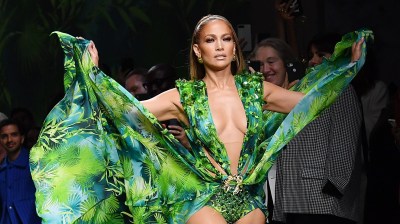 Jennifer Lopez is ageless
Next page