Gigi and Bella Hadid Go Nude At The MTV VMAs 2019

Sisters who dress together...

The MTV VMAs is notoriously a hard place to make an entrance. If history was to inform us correctly, there’s typically A LOT of midriff, A LOT of precarious cut-outs, A LOT of ample bosom, A LOT of everything really. Fashion, or lack thereof, has always abided by a less-is-more kind of approach, with legs, bums and breasts ripe for the flashing. Today’s red carpet proved no exception, bearing the near-naked loins of musicians and celebrities alike. But if there’s one duo that really know how to stand out in a crowd (even this crowd), it’s Gigi Hadid and Bella Hadid. 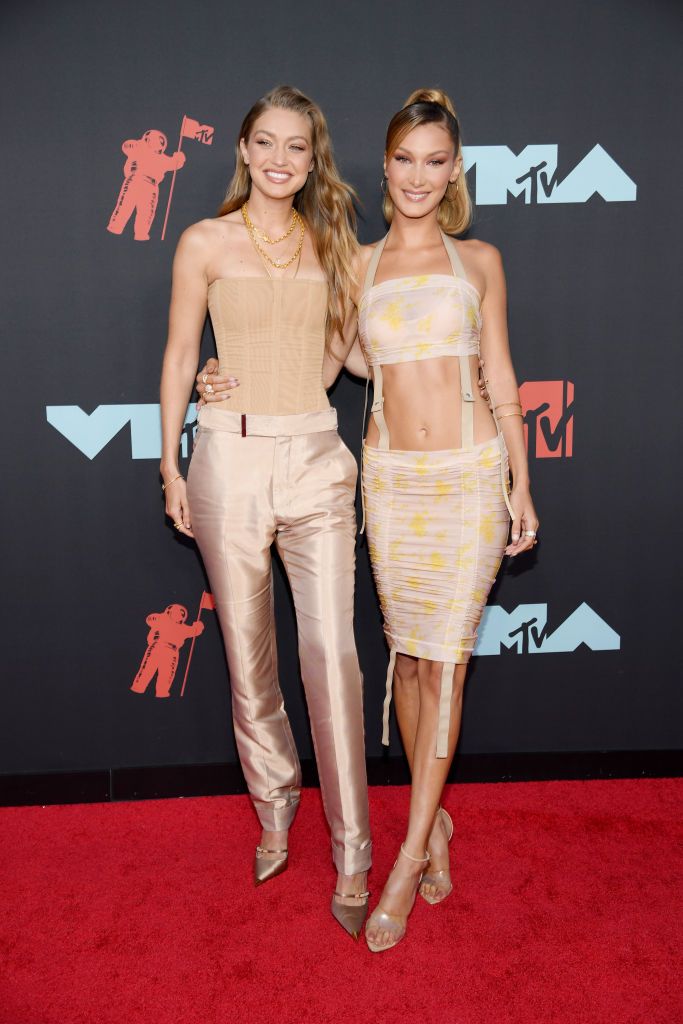 They took the whole naked-dressing thing not so literally, however, arriving in nude-hued ensembles from head-to-toe. Gigi Hadid wore a camel corset which at first glance appeared like nothing at all (very on brand, indeed). But accompanying the bustier was a spectacular pair of sheeny Tom Ford cigarette pants in light putty, an equally sheeny pointed pump and layers of gold chains. Bella Hadid indulged in a little more VMAs nakedness, baring a very taut midriff in a top-skirt-suspender situation by London-based designer Charlotte Knowles. The pale beige ensemble, which was in fact the SKINN top and dress worn as a skirt, featured the only splash of colour; a faint floral print in sunshine yellow. If the designer – who deconstructs traditional feminine objects like bras, corsetry and panties – wasn’t already on your radar, she most certainly will be now.

To add that final layer of sister-dressing, matching blonde hair thanks to Bella’s recent blonde makeover. 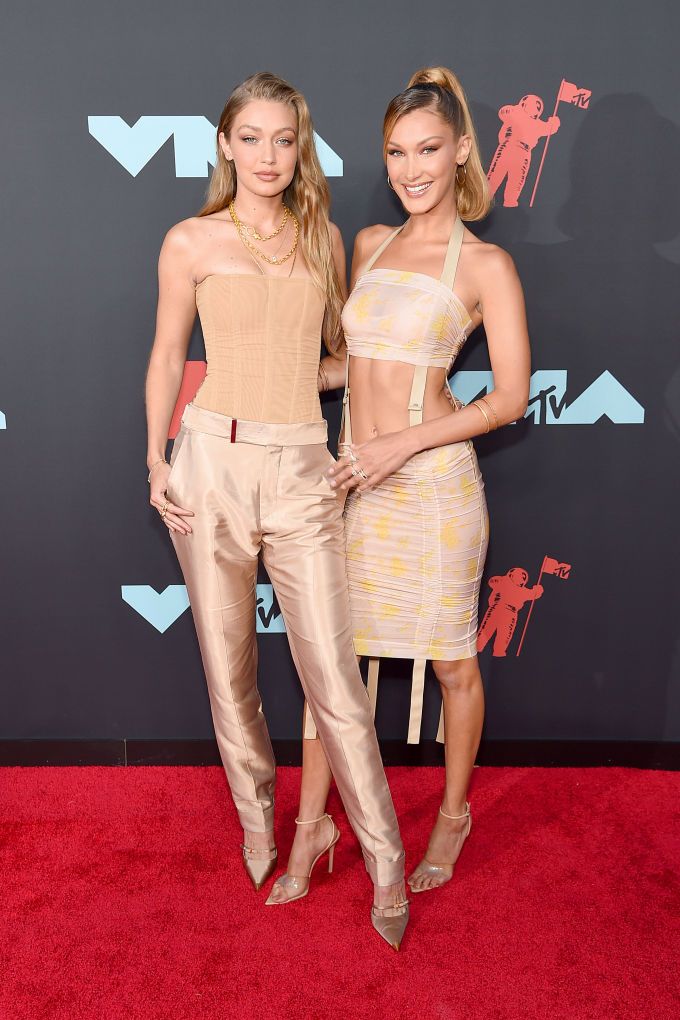 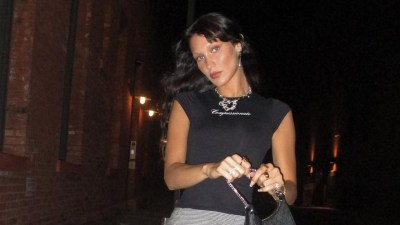