I didn’t think it was possible to love Gal Gadot anymore but following the release of the Wonder Woman 1984 gag reel, we’ve got a whole new appreciation for the incredible actress. Following the release of the film in late-December, Warner Bros. has pulled the curtain off all the thrills, spills, set malfunctions and laughs from the DC instalment.

“Ever wonder what filming with the most wonderful team looks like?,” Gadot wrote on Instagram. “See more BTS moments when you get a Digital copy of #WW84, out today!”

The full-length gag reel lends six minutes of behind-the-scenes insight into some of the key scenes from the film – and what happens when things don’t go quite right. Like a multitude of laughing fits from Gadot and Chris Pine, when Kristen Wiig’s actual wig starts falling off and when Pedro Pascal couldn’t open the door.

While WW84 quenched our thirst for blockbuster films at the end of a tumultuous year in Hollywood, it also quelled fashion enthusiast’s with beautiful style following months of lockdown. On the promo trail, Gadot appeared on Good Morning America wearing a slick YSL power suit courtesy of Anthony Vaccarello. The film itself boasted plenty of fashion moments inspired by the 80s while Tiffany & Co. provided the extremely chic cuff seen in the film.

Gadot is now slated to appear in Heart of Stone, a spy thriller directed by Tom Harper. The forthcoming project is said to be a female-centric iteration of Mission Impossible.

Following this year’s Golden Globes where the 35-year-old wore a loose white mini Givenchy dress, the actress announced she was pregnant with her third child. She captioned an image of herself, her husband and two girls on Twitter saying, “Here we go again.”

2021 has promised a big year for Gadot and we love to see it. 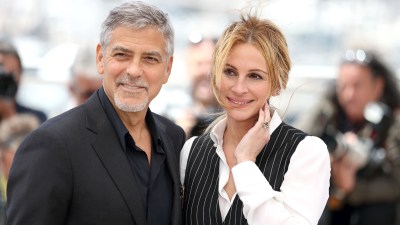 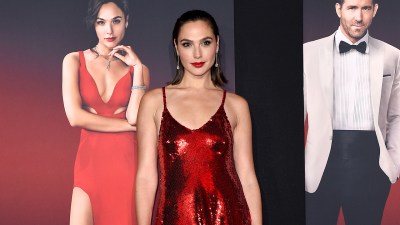