Fran Lebowitz And The Enduring Appeal Of The Fashion Uniform

In the new Netflix series 'Pretend It's A City', character and clothes work hand in hand

Those currently looking for a way to kill a few hours (and aren’t we all?) couldn’t do much better than Pretend It’s A City, the delightful seven-part Netflix documentary series in which Martin Scorsese returns to one of his favourite subjects, his friend Fran Lebowitz. Lebowitz is the writer, public speaker, and cultural commentator often described as our generation’s Dorothy Parker, and the series doubles as both a portrait of Lebowitz herself and an ode to New York City. Fran, of course, being a woman who is more quintessentially New York than dry martinis at Sardis and complaining about the subway.

Pretend It’s A City is a follow-up to the 2010 documentary Public Speaking, and it isn’t hard to see why Lebowitz is a recurring muse for Scorsese. She churns out memorable witticisms like Taylor Swift churns out pop albums, musing on everything from private planes (“I’m always surprised when I’ve been on other people’s private planes…what’s the point of having a private plane if other people are on it?”) to yoga mat-toting WASP moms (“Carrying a little rollup rug? You know, New York used to be much more fashionable than that”).

And while Lebowitz’s unparalleled wit is obviously Pretend It’s A City‘s star ingredient, it’s hard not to become totally enthralled in a lesser element of Fran’s character—her style. Lebowitz is among a slim cohort that we in the industry like to call ‘uniform dressers’, those who find a flattering style signature and stick to it, largely without variation, for decades. For Barack Obama it was tailored grey suits from Chicago-based Hartmax, for Steve Jobs it was a black Issey Miyake turtleneck and vintage Levis 501s (a look later emulated with unsettling precision by Elizabeth Holmes). For Fran Lebowitz, it’s men’s tailored shirts, boxy Savile Row blazers and brown leather cowboy boots.

Other notable uniform dressers include Tom Ford, Karl Lagerfeld, and Mark Zuckerberg, the dominance of males in this area surely being a by-product of our cultural obsession with the fashion choices of women in the public eye. (It’s hard to imagine, for example, that Kamala Harris could get away with wearing the exact same suit for four years unnoticed). But that isn’t to say that women don’t dabble in sartorial homogeny. Isabelle Huppert has being wearing variations on the same Armani tuxedo suit on the red carpet for decades, and Francoise Hardy and Jane Birkin—still the favoured poster girls for Parisian je ne sais quoi—tended to wear the same few outfits over and over. In fact, what is the French penchant for trench coats, Breton tees and low-heeled ankle boots if not it’s own type of uniform?

When you look at the women our cultural continues to paw over: Patti Smith, Grace Jones, Bianca Jagger—each has a style signature that has remained largely unchanged throughout their lives. And the world’s most celebrated stylists, despite being lovers of opulent and theatrical fashion, tend to themselves wear a fairly predictable rotation of jeans, sneakers and cashmere sweaters. Uniform dressing is, put simply, the sartorial incarnation of Big Dick Energy: the self-assurance that you will be interesting, intelligent, funny, and talented enough to command attention, all on your own. Most of us use clothing as a conduit through which we project our changing relationship with our identity to the rest of the world. To have the self-assurance to offer the same thing, unchanged, day in day out, feels mildly radical—particularly in an era where one can discuss personal ‘rebranding’ without irony.

Of course, throughout 2020 most of us were forced to adopt a form of uniform dressing by simple virtue of circumstance. I, like everyone else, have alternated between ‘jeans and a T-shirt’ and ‘sweatpants and a T-shirt’ for the better part of 11 months now, and crave the days where I had reason to wear something—anything—else. Earlier this month I stumbled upon a slightly embarrassing tip for productivity—I put on red lipstick and a blazer (sometimes even high heels), and sit at my makeshift desk, trying to trick my body into thinking it’s in a professional setting. Strangely, it works. Clothing is a powerful conduit through which we can change our interactions with the world, even if the world we’re inhabiting is currently only occupied by ourselves.

Granted, not all of us have the luxury of inherently knowing who we are and finding a sufficiently stylish corresponding ensemble to match. But as the need for adopting more mindful shopping habits switches from being a nice idea to a genuine necessity, the kind of style ethos embodied by Fran Lebowitz should act as our collective North Star. “People care more about trends than they do about style,” she says. “They get so wrapped up in what’s happening that they forget how to dress, and then they never learn who they are.” Given her ability to acutely summarise social woes in a single sentence, that feels as good a note as any to leave it on. 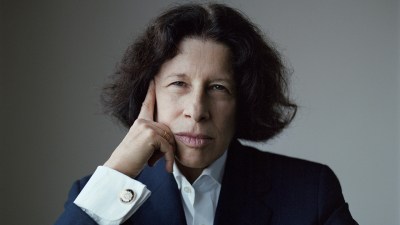 #MeToo, intersectionality and pickling: All About Women is changing the face of feminism, one gin at a time
Next page