We need to talk about FODI

Affable Australian political commentators Annabel Crabb and David Marr, activist visual artist Molly Crabapple and We Need To Talk About Kevin author Lionel Shriver are three of the diverse contributors who make up this year’s Festival of Dangerous Ideas lineup.

Now in its eight year, FODI will return to the Sydney Opera House in September for another weekend of dynamic and disruptive discourse on the issues that unite and divide us, including Australian and American politics, racial violence, drug legalisation, climate change and the asylum seeker crisis – all of which will be covered in over 50 speakers across 24 solo sessions, 12 panels and one free workshop.

Curated by Ann Mossop and Danielle Harvey of the Sydney Opera House Talks & Ideas with input from Simon Longstaff of The Ethics Centre, FODI 2016 will be opened with an address from the co-founder of #BlackLivesMatter Alicia Garza, who will also appear in conversation with journalist Stan Grant whose partner and fellow journalist Tracey Holmes will moderate a panel on legalising drugs in sport.

Other highlights from the program include former Black Flag frontman and spoken word performer Henry Rollins on the escalating tensions in US politics; Inuk activist Sheila Watt-Cloutier talking on the failure to act on climate change as a gross violation of Inuit human rights in her talk, ‘The right to be cold’; and a unique talk and performance hybrid session, ‘Mercy: Justice and the Law vs. Compassion’, in which actors John Bell and Brian Lipson will bring the courtroom session from The Merchant of Venice to life coupled with insights from divisive Shakespeare scholar and noted feminist Germaine Greer, philosopher AC Grayling and human rights activist and lawyer Michael Kirby.

You can view the full FODI program here.

Tile and cover images: Courtesy of Festival of Dangerous Ideas 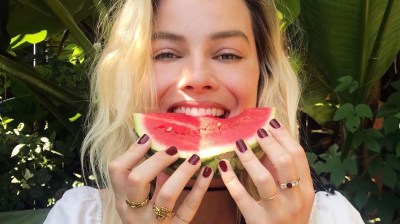 Is The Fashion Calendar Dead? Alessandro Michele Thinks So, As Gucci Goes Seasonless
Next page