Every way to help the Australian bushfires from New York City

NEW YORK CITY: Part of the Australian way is rushing to the aid of another one of us in need. Lacking this compassion is one of the reasons Prime Minister Scott Morrison is seen as not very empathetic and un-Australian.

Being so far away from home – and New York is one of the furthest – we feel pretty helpless. Every morning, most of us here are stuck in a social media vortex on the subway to work, watching the brave firefighters on the frontline desperately grapple with the mega infernos.

We can’t pick up our empty eskies and drive to Merimbula but we vow we will when we’re next home.

We can’t help pack boxes in Bondi but we promise to send as much money as we individually can to the RFS, The Red Cross and WIRES. We can’t scream at Morrison in the street protests, although we can write a letter to him and pledge to vote him off the island – and to a location much further than Hawaii.

Fanned by wind and fuelled by scorching heat, the 2019/20 Australian bushfires are destroying our great land. At the time of publish, the figures are calamitous. Twenty-seven people have been killed, 2000 homes have been burned to the ground, a record 20 million acres of land has been incinerated, 350 million tonnes of CO2 has been released into the earth’s atmosphere and more than one billion animals have been killed. The video circulating of the woman who took off her top and pulled a burning koala out of a tree has been etched into my mind for many days. In just her bra, she is seen dousing the screaming koala with bottles of water before bundling him up and taking him to a nearby koala hospital. Despite the valiant rescue mission, he reportedly could not be saved.

In a rational world, these events would be the turning point.

All of this is only magnified by an inactive liberal government unwilling to part with necessary funding to contain the blazes across the continent – and a sheer lack of compassion for the people who have lost their lives and livelihoods. A New York Times headline today reads: “Australia Shows Us The Road To Hell: How The Political Reaction Is Scarier Than The Fires.”

Australia may soon prove to be the Chernobyl of climate crisis. Ground Zero for the climate catastrophe. And all with a government with their heads in the sand. “You aren’t a climate sceptic, you are a climate denier,” billowed British meteorologist Laura Tobin as she lambasted Australian conservative liberal MP Craig Kelly on a UK television breakfast program this week.

But for every time Morrison forces a handshake or turns his back on a pleading citizen, a million other people around the world send support and donations. In any horrible situation, it’s how somebody reacts that speaks to their character. How Australians – and wonderful people across the globe – have come together to help is so moving, heart-warming and hopeful. The love for our country is almost tangible – and how great is that?

But we’re not out of the woods yet.

If you are in New York City, skip the cocktails at Bar Belly this weekend, grab your friends and attend some of these amazing events so generously arranged by some of our own.

It’s the Australian way after all. 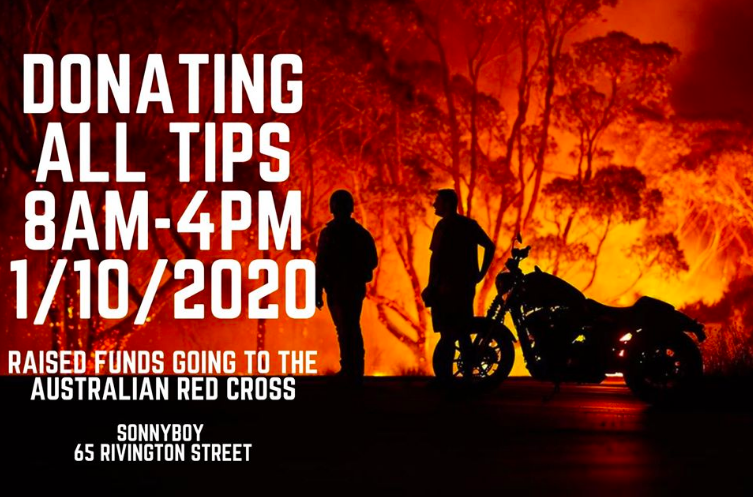 Have you got your coffee today? If not, may we suggest making a donation at SonnyBoy at 65 Rivington.

Similarly, January 10 is the final day where Bluestone Lane will donate 100% of their profits to the Australian Disaster Relief and Recovery Fund so order up on the avocado toast. For the many locations around New York, see @bluestonelane on Instagram.

SonnyBoy, Good Thanks, Two Hands, Banter, Abbotsford Road and Supermoon Bakehouse have joined culinary forces. The event is on Friday January 10 and it’s a $20 donation upon entry. Everything they make from the night is going straight to the fire-front: The NSW and VIC RFS and Red Cross Australia. 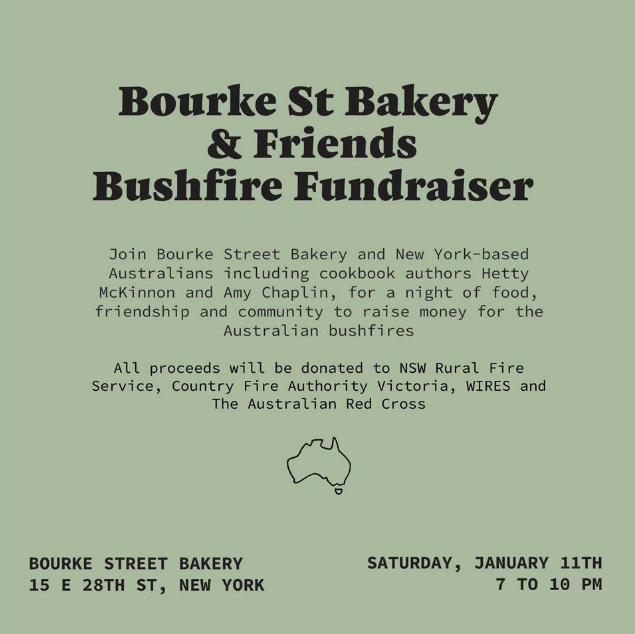 Who could really go a sausage roll right now? 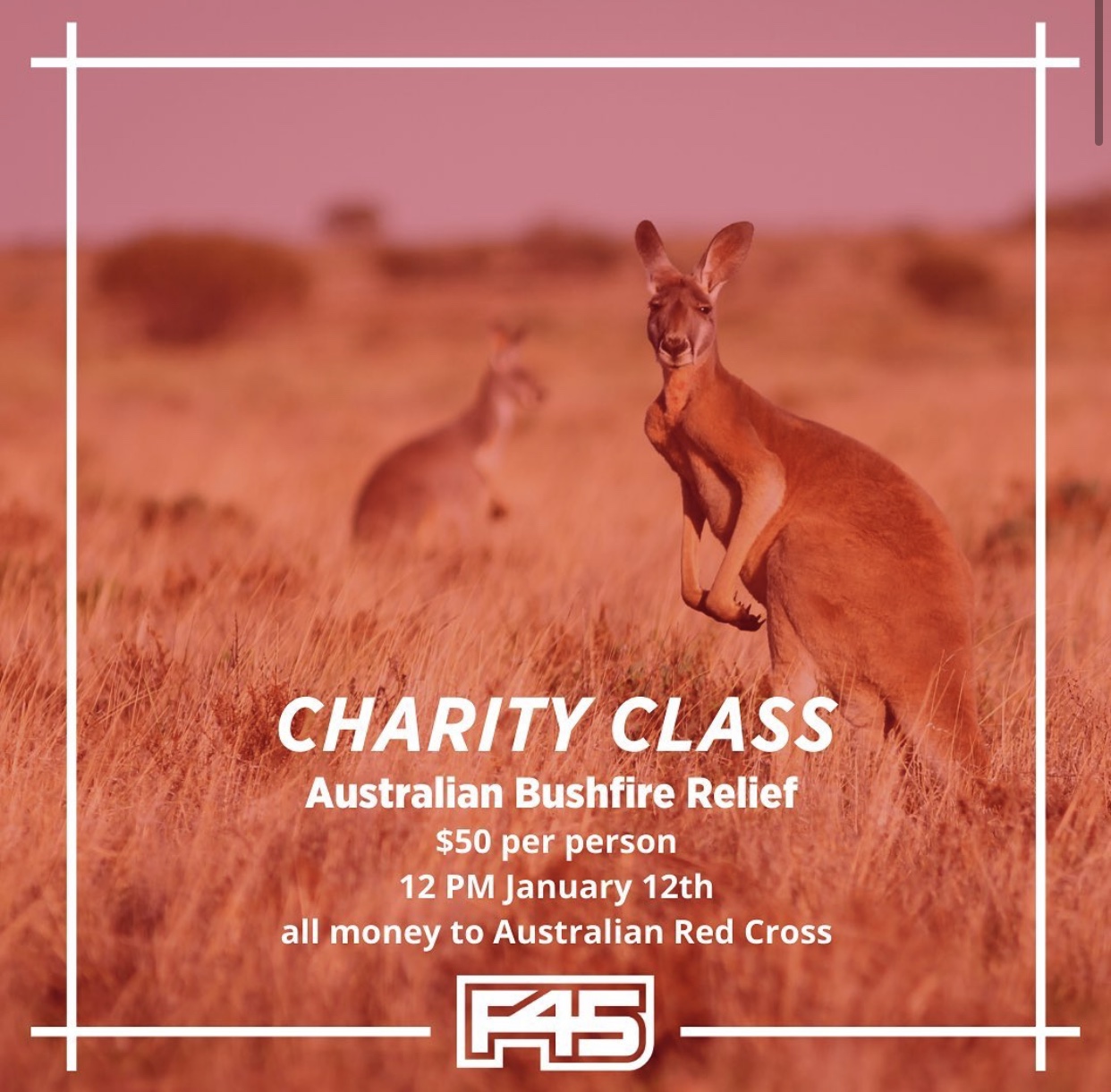 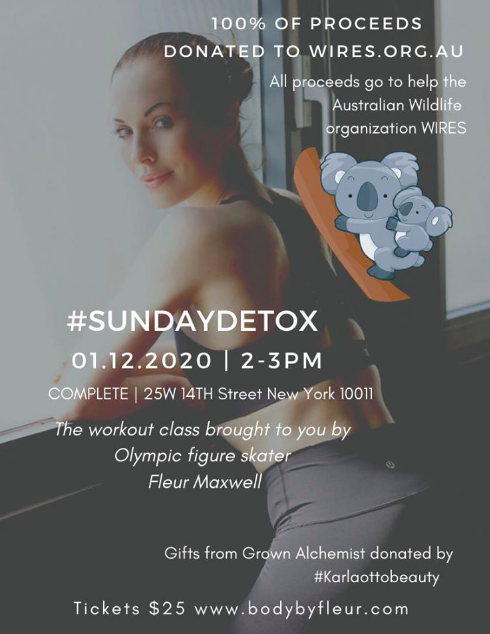 The Flower Shop are putting on a night next Tuesday January 14th. All proceeds are going direct to the bushfire appeal. 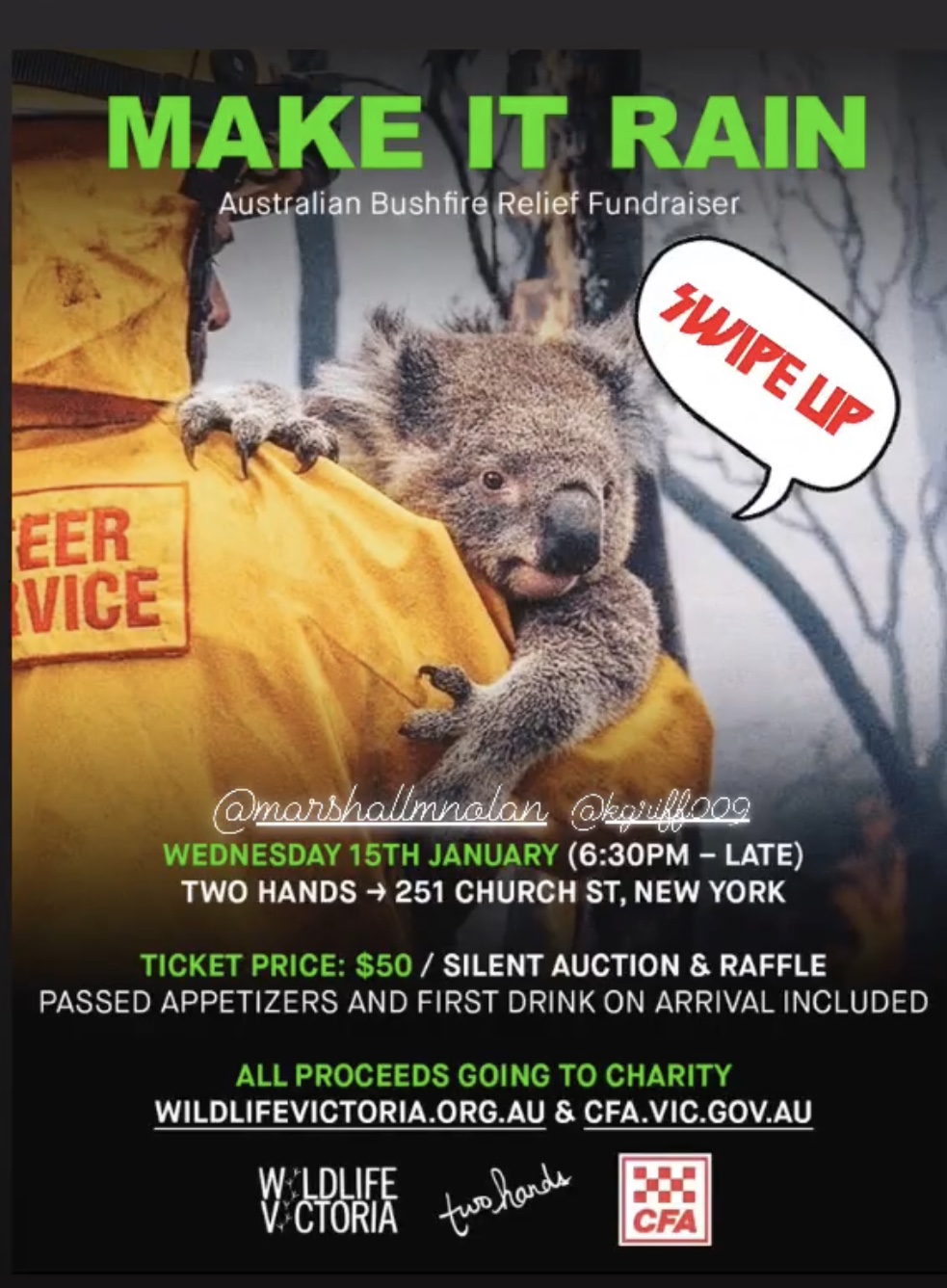 A silent auction is being held at Two Hands’ Church Street location on Wednesday 15th with all proceeds helping our wildlife. 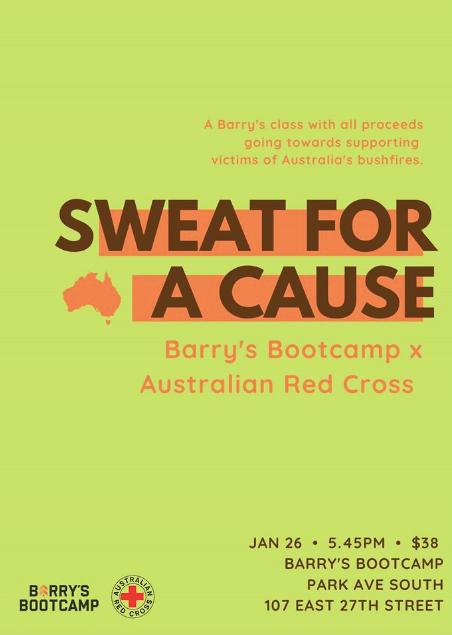 We are all going to be really fit! Barry’s Bootcamp, January 26, $38. All for the Red Cross Australia. 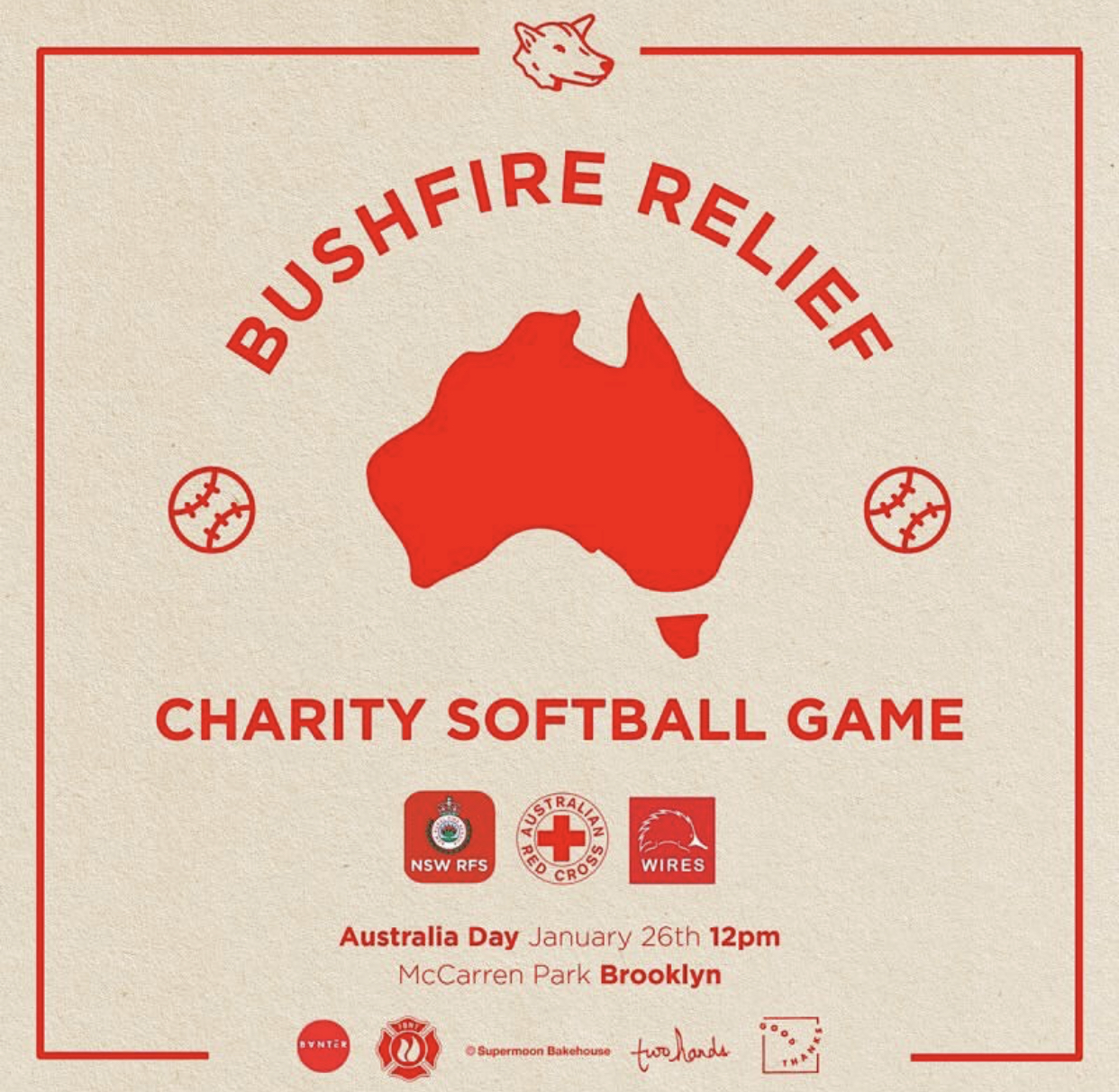 Local softball team the Dingoes are hosting a charity game on January 26 from 12 noon to 2pm. $60 entry fee (and you get a match day t-shirt) with all donations going to the RFS, Red Cross Australia and WIRES. Good Thanks, Two Hands, Banter and Supermoon will be providing delicious food and coffee. See @dingoessoftball on Instagram for more. 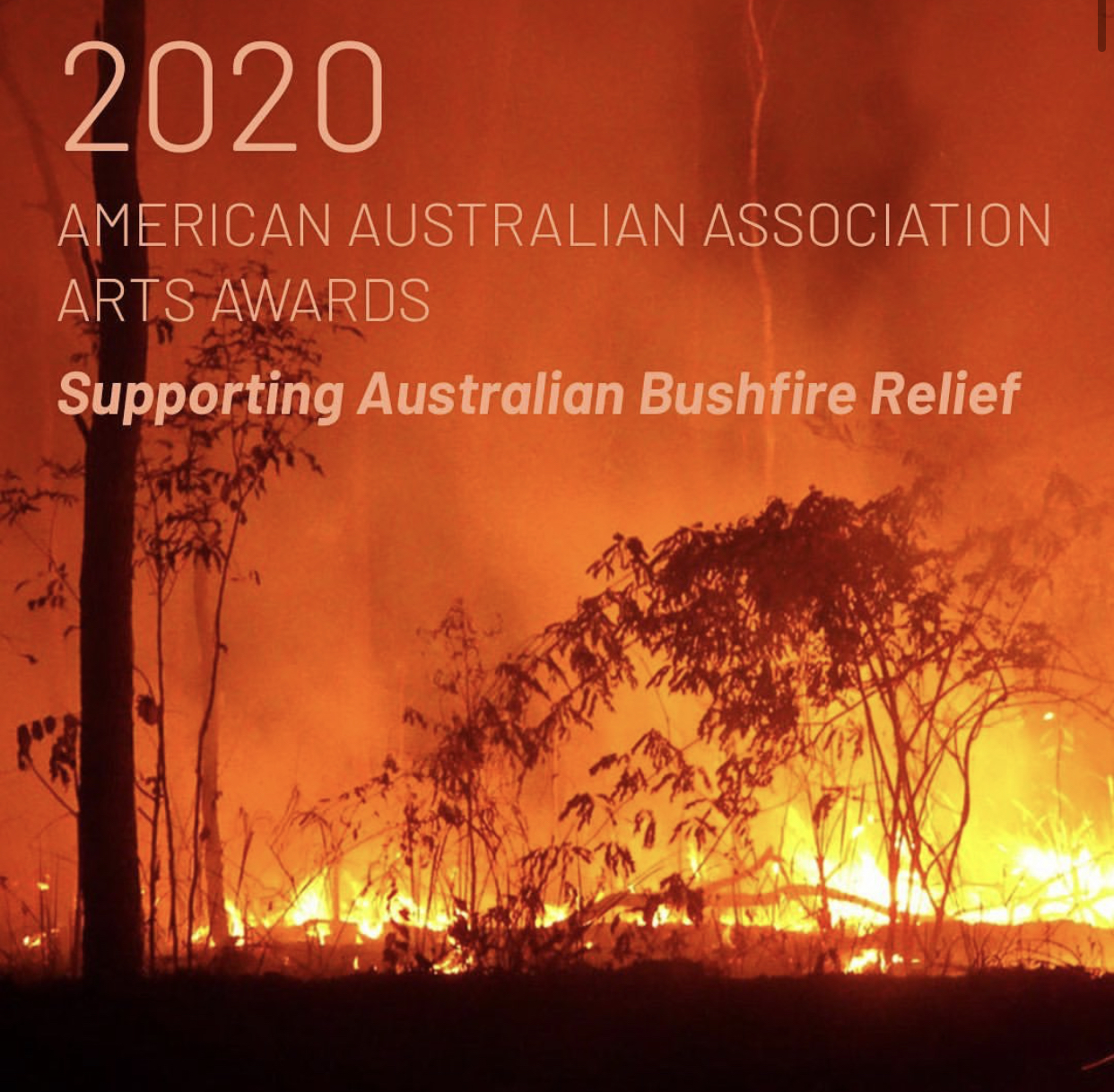 The 2020 American/Australian Arts Awards will now donate proceeds to help support The Red Cross Australia and their disaster relief on January 30 in NYC. A minimum $500 per head, the dinner is hosted by InStyle US magazine editor and fellow Australian Laura Brown. To purchase tickets, see their Instagram page @_aaausa.

What Is Jamsu? Bella Hadid’s Favourite Korean Beauty Hack For Airbrushed Skin Is Going Viral On TikTok
Next page