There was something for everyone at Giorgio Armani's MFW show

MILAN, Italy – Emporio Armani’s fall 2020 show was staged in a square room with a metallic floor and screens which lit up with the words ‘I’m saying yes to recycling’ as Giorgio Armani sent the first models down the runway wearing an R-EA capsule line. This collection marks the first time the designer has created the sustainable line for womenswear, made using regenerated wool, organic cotton and recycled nylon and padding.

Some of the more bold pieces featured big crosses across the chest and the capsule’s name printed on accessories, but other more paired back pieces included a black blazer and short combo and a white jacket layered over shorts with thick black tights.

As was a theme at the shows this season, Armani’s new collection perfectly walked the line between masculine and feminine. But this wasn’t a brand jumping onto what’s currently hot: Armani has long been a leader in this department, heroing relaxed tailoring and suiting.

The show notes describe the Emporio Armani woman as one who “takes her choices to the extreme, allowing to express herself in a no-hold-barred, instinctive, irony-filled way.” This was demonstrated on the runway with wide-legged velvet pants paired with textured jackets and two-piece Victorian-inspired suits.

Later, more and more velvet was introduced, alongside a smattering of leather (another huge trend this season), before party dresses featuring feminine ruffles, jewel tones and sparkles closed the show. Armani took a bow to huge applause, before heading off to work on his second womenswear show, this time for Giorgio Armani, taking place in just two day’s time. 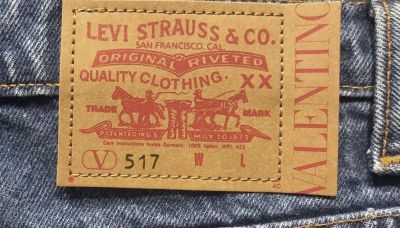 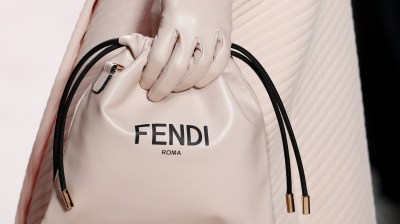 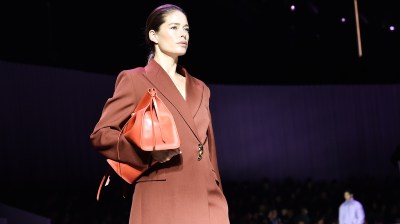 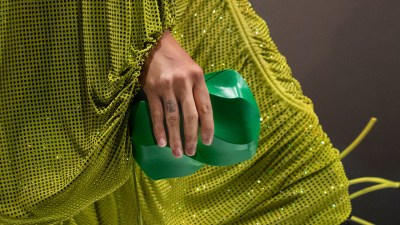 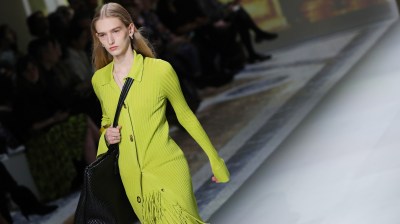 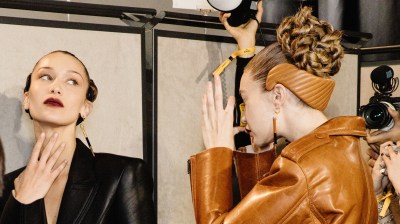