It’s been contentious since the dawn of time. Socks and sandals. Sandals and socks. For most, fashion blasphemy, the ultimate in bad taste. But for a select few, the combination of socks and sandals stands as a bold, progressive fashion move only the “cool” are brave enough to try (or according to the former, foolish enough to try). Dua Lipa, however, is one of the latter.

In a series of Instagram shots simply entitled, “miami miscellaneous”, the British singer put her best, sock-clad, sandal-wearing foot forward in Miami wearing a pair of socks with chunky, velcro-strapped slides by Suicoke. While the union of sock and sandal has long been a controversial matrimony, Lipa added another curious layer to the fashion conundrum: odd socks. On her left foot, one white printed Balenciaga sock, on the other, a black and grey sock. Truly radical fashion stuff. 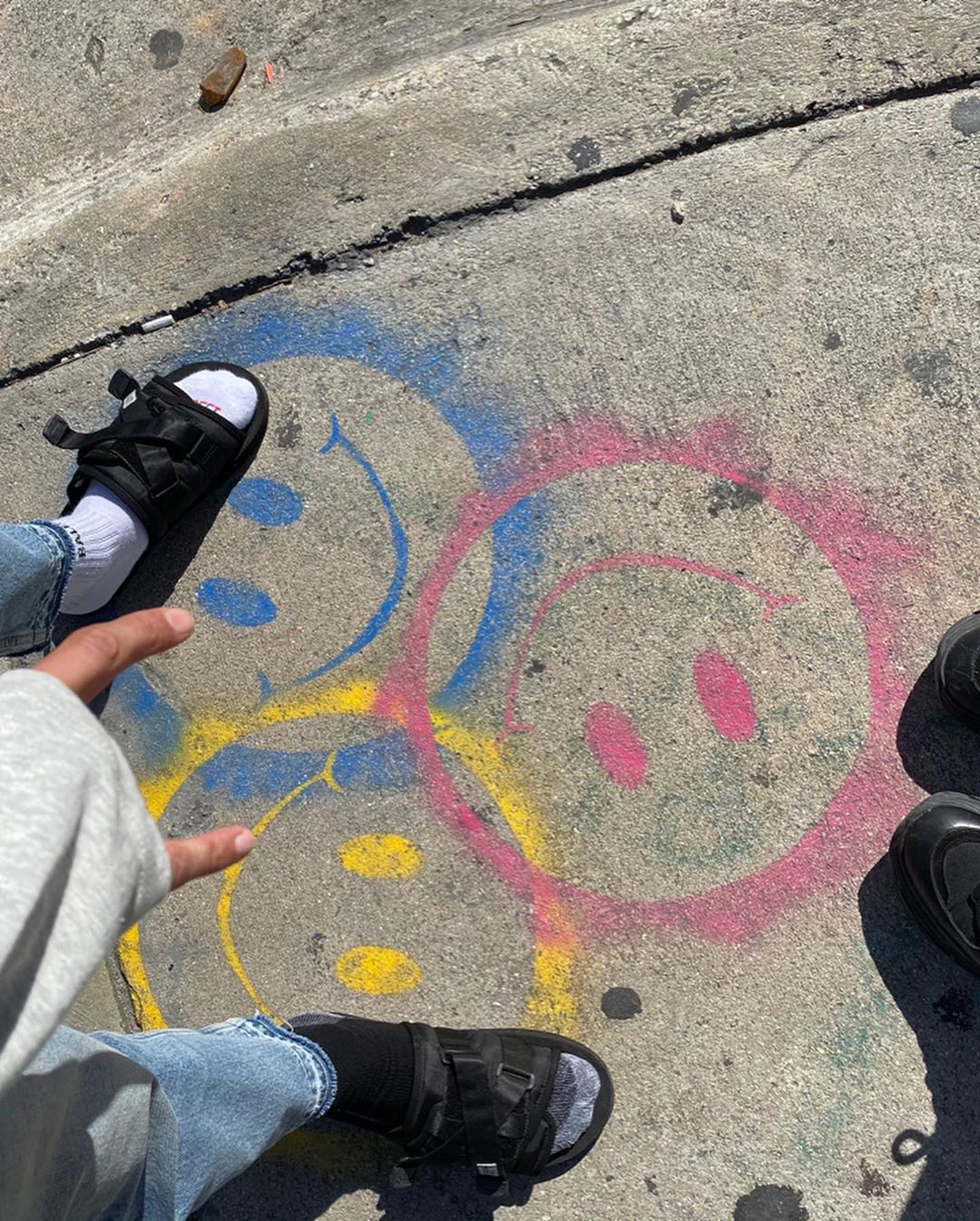 Add an “ugly” slide to the fashion equation and the look is particularly polarising. The chunky slide alone has seen its fair share of criticism, many grouping the shoe with its “ugly” footwear counterparts: dad sneakers, flatforms and other clunky stacked shoes, all major proponents of the ’90s revival upon us.

A look which typically garners a second glance or connotes bogan-inflected stereotypes, it’s fast-becoming a pro move in the fashion world, emulated by achingly hip, cold brew-sipping cool cats the world over. So whether you’re a bonafide hipster, a lover of ’90s nostalgia or just like to push boundaries like Dua Lipa, give the tricky trend a go. Besides, it’s super comfy. Now what’s better than cushy, cosy feet?

Low-Maintenance Manicures You Can Nail At Home
Next page