For Fall 2021, creative director Wes Gordon pays tribute to the label's foundations on its 40th anniversary

In Wes Gordon’s fourth COVID season for the house of Carolina Herrera he is, in a most fashionable sense of hyperbole, setting defibrillators to the heart of New York City. The designer, who has helmed the label since 2018, has been so marred by the city’s year of melancholy that he has weighted himself with a single task – to return sartorial romance to the Big Apple.

His digital presentation for fall winter 2021 comes in the form of a fashion video. A sashay of beauties prancing and posing upon the open-top tour bus in the middle of a New York snowstorm, along a balcony of the Empire State Building and at No.1 Vanderbilt, the sensational building that sits across from Grand Central Station. Its genre forms a renaissance of classic fantastic, one that conjures a flippantly fertile New York that, last year, seemed bygone. Not so however, says Gordon. Although he admitted creating collections amidst the limitations of a pandemic has become increasingly difficult, the light at the end of the tunnel is appearing. As he said in an interview with WWD “the progress we’ve seen with the vaccine and the resolution and closure to some of the political tensions feels optimistic.”

Also, 2021 marks the 40th anniversary of the Carolina Herrera label. Such a milestone meant it was imperative Gordon sourced an antidote to fashion’s own pandemic, an anti-pessimism of sorts. It was 1981 when Mrs. Herrera presented her very first collection and it was during a heyday of upper echelon society soirees when the genuine need for ball gowns made her grandeur in particular favour. This year, and not without regular catch ups with its founder (Herrera stepped down as head of the brand in 2018), Gordon has offered a modern return to the label’s iconic American elegance.

For starters, the orchestra of silhouettes – the ball skirts, the puffy sleeves, the cinched shirting – is like a Herrera homecoming. A splendour that has been glaringly missing from a city that was never designed to be locked down or packed away. Gordon’s taffeta gowns, sweetheart necklines and heart-motifs a-plenty are a suitably literal hark back to the label’s 80’s origins. A time when the madame herself would feature in social reportage wearing balloon-sleeve blouson beside such names as Estée Lauder and Andy Warhol.

At Herrera’s first show, held at the Metropolitan Club, the Venezuelan-born designer wore a chic gingham neck-tie shirt, one that Gordon has paid homage to this season. And, in glory-days-continuance, Gordon, whom also runs his own eponymous label, presented a dress-ups cosplay that rushes straight into the veins of New York City. It’s the rainbow taffeta ball skirt you can imagine swishing up the steps of the Met, and it’s the spangly sequinned disco number you might see hailing a cab outside an upper west side apartment. It’s the graphic, giraffe-print trench you’d see at a luncheon table in the West Village and it’s the billowing Herrera-polka-dot dress you might see rushing down 5th Avenue. This is a collection as sweetly in tribute to its foundations as it is progressive for the creative director in his own right.

Gordon’s direction is doing the Puig-owned brand proud. Proof not only in his being chosen by Kamala Harris for her look for her first speech as vice president elect, but in moving the label through these months (and months, and months) of stalemate. Not a simple task for a brand linked so thoroughly to not-sitting-on-the-couch. But with the addition of denim and knitwear in iterations of boiler suits, shirt dresses and long-line button-ups he’s cooked up appropriate day-to-day side dishes while still simmering the glorious main course. “Ultimately, a fashion presentation should be about magic and dreams, and whether it’s pragmatic or not, we will always have that in a Herrera collection.” he said in a Zoom following the collection release.

Gordon is forthcoming in his support of the fashion calendar, and is keeping the faith when it comes to America’s own fashion week. He wants the country to get excited by fashion again. Ironically, given that most shows are now as accessible to public subscribers as they are to former industry front-rowers, it’s possible COVID’s fallout may have inadvertently broadened the event’s appeal.

As New York prepares to return to in-situ indoor dining experiences (albeit limited by strict numbers and social distance rules), we can expect these first voyages out of the house will be worthy of riotously go-large dressing. A ball skirt for a cocktail with a friend? It’s the shot of adrenaline everyone’s been waiting for.

Watch the film below. 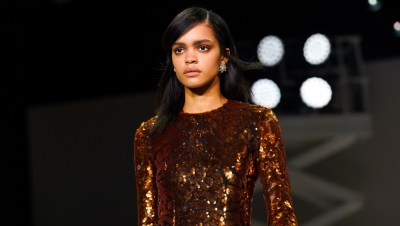 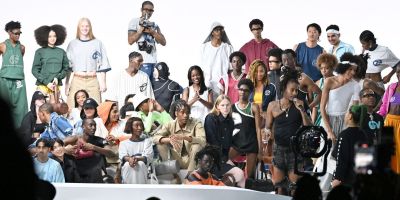 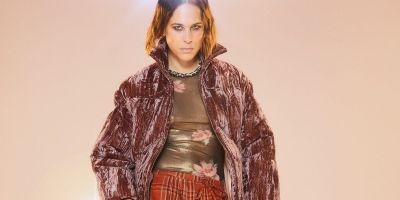 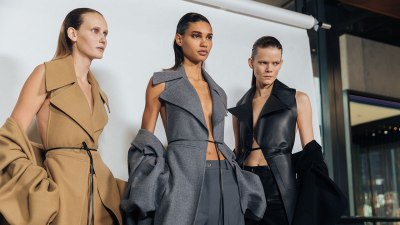 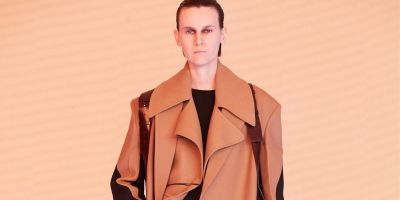 Peter Do Solidifies Their Place As New York’s Rising Star 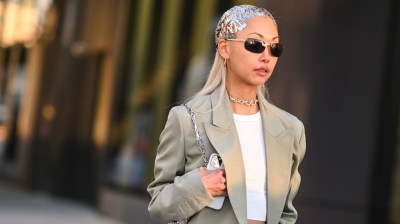 A Moment For Vanessa Hong’s Hair Outside Peter Do, Please
Next page