A mindful approach to making (and eating) this café classic will reward with riches, however you slice it

Talk of mindfulness reaches a fever pitch come January, a time as good as any to take stock of the year just passed and reassess the direction for the one to come.

Mindfulness – a term that usually goes in hand with the practice of mindful meditation – espouses the virtue of being present and aware of one’s thoughts and feelings, which in turn empowers you to be in charge of your actions no matter how mundane, be it drinking a cup of coffee or preparing a meal.

Approaching both of those activities with a mindful approach can rewards in ways greater than one might expect given the rudimentary nature of each task. Through working slowly and being present in the moment of creation, the ordinary becomes extraordinary and the everyday becomes transcendent, whether you’re crafting a temperamental soufflé or a café counter classic like a caramel slice.

Caramel slice – or as it’s known to the Scots, millionaire’s shortbread – is deceptively simple to make, requiring little more than simple pantry staples that, when combined, warrant the high roller moniker. The perennial favourite, thought to have its origins in the Australian Women’s Weekly cookbooks of the 1970s, has been updated here for a new year courtesy of Patissienna pastry chef Sienna Wedes.

Using a shot of Nespresso’s powerful Dharkan blend, the traditional slice is elevated into an entirely new realm as the blend’s intense cocoa and toasted cereal notes find a parallel in the bittersweet chocolate layer and its moreish biscuit base.

Suddenly, the once humble dish is transformed into something spectacular, and a moment of indulgence becomes one worth savouring and sharing with as many as possible.

In doing so, we’re reminded of a memorable moment from Twin Peaks. “I’m going to let you in on a little secret. Every day, once a day, give yourself a present,” says Dale Cooper. “Don’t plan it. Don’t wait for it. Just let it happen. It could be a new shirt at the men’s store, a catnap in your office chair, or two cups of good, hot black coffee” – or a bittersweet coffee caramel slice.

Method
Preheat oven to 180 degrees Celsius and line a square or rectangle pan (according to your preference) with baking paper.

Place wafers, coconut, oats and brown sugar in a food processor. Pulse multiple times to roughly chop into smaller pieces. Do not pulse to a fine consistency. The aim is to still keep the texture of the wafer and oats.

Melt butter and pour into dry ingredients mixing until combined.

Place base into prepared pan and push to firm. Bake in the oven for 10-15 minutes or until just golden brown.

To make the caramel filling, place butter, condensed milk and golden syrup in a saucepan over a medium heat. Mix until the butter is melted and the mixture is slightly thickened. Pour the caramel over the cooked base and continue to bake for 15-20 minutes or golden. Cool and refrigerate until cold.

For the top, chop the chocolate into fine pieces. Heat the cream in a small saucepan, be sure not to boil it. Extract a shot of Nespresso Dharkan and add to the chopped chocolate. Allow to sit for a minute or so to soften and then mix through. Once the mixture is well combined, slowly in portions add the cream and mix until it resembles a smooth, glossy texture.

Pour the chocolate mixture over the caramel filling and base and allow to set in the refrigerator until firm. 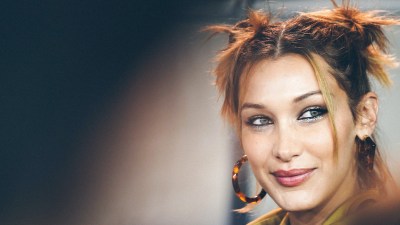