Selena: The Series’ Christian Serratos is the new ambassador of Dior Beauty. On Monday, March 29, the 30-year-old shared the news with her 2.3 million Instagram followers, along with a photo that’s the perfect example of how I wish I looked while working from home. In the pic, she stuns in the label’s line of luxury loungewear, specifically, the Chez Moi Dressing Gown teamed with a red matte lip, radiant skin, and a sleek ponytail.

Per a press release shared with GRAZIA, the actress will support the high-end beauty brand across all categories: makeup, skincare, and fragrance—an opportunity she describes as “a dream come true.” While we impatiently await what’s to come, we compiled five things to know about the new United States ambassador, including the one beauty product she can’t live without and more.

1. She’s well-known for her role as Selena

Serratos stars as the late Tejano superstar Selena Quintanilla-Pérez in Netflix’s Selena: The Series, which premiered on the streaming platform in December 2020. She also played Rosita Espinosa in AMC’s The Walking Dead and Angela Weber in Twilight. Before that, you might recall her role as Suzie Crabgrass in Nickelodeon’s Ned’s Declassified School Survival Guide.

2. SHE “always feels complete with a RED LIP”

Red lipstick is Serratos’ desert-island beauty product. “I almost always feel complete with a red lip,” the actress explained during an interview in December 2020. “I’ve had many makeup artists or people tell me, ‘You need to try different things,’ but that’s how I’ve always felt most beautiful.”

3. SHE USED TO BE A COMPETITIVE FIGURE SKATER

The actress started ice skating when she was just three years old (not long after many babies take their very first steps), and she was good. “My coaches were talking about the Olympics, and it was really crazy,” Serratos told LePhant Magazine in 2009. “Now, I just do it for fun now. When I want to relax, I just go to the rink and skate.”

The California native is a longtime vegetarian who transitioned into veganism in recent years. To spread the word about her commitment to not eating animals, Serrrato’s starred in multiple PETA campaigns through the years, including the animal rights organisation’s famous “I’d Rather Go Naked Than Wear Fur” campaign.

Serratos is married to New Politics’s lead vocalist David Boyd. They welcomed their daughter, Wolfgang (Wolfie for short), in 2017, and as implied in an interview with WhoWhatWear this past January, she feels blessed. “I have a great husband, my family’s dope, my kid is awesome,” she told the outlet.”And I feel very connected to my Mexican culture.” 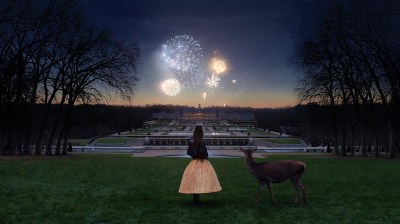 The Must Have Shoes Of Now, According to GRAZIA USA’s Market Director