Cheyenne Tozzi: “I tell the girls to chill out, they’re not brain surgeons!”

She of the many stringed bow, Australia’s Next Top Model’s Cheyenne Tozzi chats mentors, music and moguls Cheyenne Tozzi is chasing that post-Italian holiday Zen with an acupuncture session. Just returning from Portofino, Capri… the list goes on, the 27-year-old flew home for promotional duties ahead of Australia’s Next Top Model season 10 premiere. A mentor on the show for several seasons running, Tozzi is a voice of calm, reason and reality when the pressure becomes too much on set. She’s quick to admit Elle McPherson was that person to her as she began building her modelling career 13 years ago. With McPherson a guest on this ANTM season, The Body’s protege has come full circle. Well, almost. What many don’t realise is the Erykah Badu obsessed Tozzi is also an incredible musician. But that’s not where the surprises stop… GRAZIA: There are some obvious changes on the panel of judges and mentors this season. What was the new dynamic like on set?

Cheyenne: “You know what? It was pretty fun. I think it’s important to mix it up sometimes, you know what I mean? And I think Megan Gale is just really great, she’s been modelling for so long and she really knows what the girls need to do and I think she’s a great little mix in the pot. And then the Stenmark twins, you know its not bad having two hotties! Better than one!”

Do you miss Didier?

“Yeah I always do miss Didier. I still annoy him as usual.”

These girls are so young, they’re babies. What are some of the main causes of upset for the models this season?

“I think it’s that they can’t speak to their family and stuff, obviously they start to get rattled during the time. As you know, today is such a society where you’re on your phone the whole time and if you bloody lose your battery you freak out. But I think, it’s just the learning. To learn that the cameras are around and make-up artists and everything is so full on for them that they were kind of like ‘Oh my God, what is this?’ But you know, it’s actually quite good that they’re thrown into this environment of lights and cameras and make-up and stuff so they understand what they’re getting themselves into. It’s not just like, ‘Oh I want to be on the cover of that magazine, how do I get there?’ There’s a whole process to getting there. And I think they’re kind of getting the drift of what the industry’s like and they’re well protected as well, obviously at Top Model they’re looked after so well and they get to meet incredible people. It’s been pretty good.”

It’s a lot of pressure. When you look back at how you began your career, do you think you would have been able to handle the challenges they experience on the show?

“Well I started at 13-years-old but I mean, it’s pretty amazing what the girls get to do in such a short amount of time. And if you’ve done modelling normally, you’ve had to go on the hustle. So when they were complaining I was like, ‘Guys there’s actually girls your age going to castings in Germany in zero-degree weather.’ It’s hard but it’s not. It’s exciting. I think it takes a certain degree of person to be able to kind of put up a lot of the antics but I think all in all, to have fun with it. Life’s too short, and it’s not that important. The most important thing is that they have fun and I think they did.”

As a mentor, is that one of the biggest things you drill into them?

“Yeah I always drill that it’s more important to be nice.

“You’re not a brain surgeon so just chill out, you know what I mean?”

Is makeover week as dramatic as past years?

“Yes! I mean the poor girls who have to get their hair cut off. Kathy got her hair like cut off. The poor thing. But it’s fun! It’s like a transformation. I think it’s not a bad thing in life.” What is your relationship like with Jennifer Hawkins and how did Megan fit into that?

“I have a great relationship with Jen. She’s a really great girl and she’s super down to Earth. She is every thing you would imagine her to be. And Megan’s the same! There’s no underlying weird nonsense with the girls. I know the press tend to do that but they’re both legends and they’re fun.”

We have such beautiful girls in Australia. In past seasons, Alex has pointed out that you’re on the hunt for an international top model over a local commercial model. Could the selection of girls this year be fit for the international runway?

“Yes. Absolutely. Obviously there’s such a quintessential Australian beach girl; the tall, beautiful thing but we’ve found our mix between that and someone like who is 6”2. There’s some really incredible girls and it also doesn’t really matter how tall you are. You can create whatever you want in your life if you put your mind to it and I think that the girls need to work extremely hard on that foot. I’ve tried to instil that in them at least.”

Elle McPherson is on the show this season. What’s your relationship like with her?

“Elle’s very close to me. She’s been helping me since I was 13 as well. We had the same manager for a long time. She’s always been very supportive of everything that I do and I always run my businesses through her and be like “what do you think I should do about this?” and vice versa. She’s always telling me what she’s up to and I think it’s a great friendship to have because not only is she still killing it, she’s still one of Australia’s biggest supermodels. She’s such a great girl, and all her new Elle Macpherson body range that’s coming out are amazing and I live off Super Elixr!” Elle was known for so many years as The Body. She still is! You’ve had so many comparisons to her in your career, how do you stay in shape?

“Instead of just freaking myself out all the time. And I used to when I was younger. Being like “Oh my God I need to do this… that…” But now I’m happy. I think it’s such a big key in everyone’s lives.

There’s always a turning point in every woman’s life where you think, ‘I just don’t care what other people think’…

“Yes! I’ve gotten to that as well. I’m 27 and obviously our industry is not always going to be very nice but it’s like, what do you do? You can only do what you do and I don’t really care what anyone has to say about my body and all those things now.”

When you’re travelling so much, how do you stay healthy on planes and hotel rooms?

“In Italy, I was chowing down on Italian spaghetti. I’m on a cleanse at the moment though, its about moderation. Don’t kill yourself over it. Just keep a happy normal life.” I want to ask about your music as well. What inspired your stunning latest track Other Bae? I love it.

“Aw thank you! We were just in the studio sort of playing around, and I kind of had this little melody in my head and I don’t really annunciate ‘babe.’ So ‘bae’ is what I would say in my songs, or ‘baby’.

“It’s really just about modern relationships and losing and wanting and hoping and all those things.”

And you’re no longer releasing with Van Hoorn?

“No, Van Hoorn’s done. Van Hoorn is my mother’s maiden name and that was with other people back in the day but no, it’s all my stuff now. It’s all more blue-orientated and RnB.”

Amy Winehouse is an obvious influence of yours. What inspires you about her as an artist?

“I don’t know if you ever heard her album Frank? That was for me such a beautiful record. She’s just talking to you basically. And she’s so honest and real and normal without being too sexually driven like a lot of the songs are these days. She really has this beautiful tone about her voice and a real authenticity about everything she sings. And all the music behind it. She would let the music ride out instead of singing over everything, you know? It was so beautiful, like Ella Fitzgerald and all those things back in the day, like Erykah Badu. I listen to all that stuff.”

Can we expect new music from you?

“Yeah, I’ll be dropping a new single really soon! We’re good to go on the next one shortly!”

What’s next for you?

“I have a clothing line coming soon. I have a collection coming and it’s size 6 to 20 and we’re really just pushing for women to feel comfortable. It’s all basics for women and I want to support women killing it in their fields; amazing women! Being basics, the focus isn’t too much on the trend factor, just making women feel great and it’s looking pretty good! 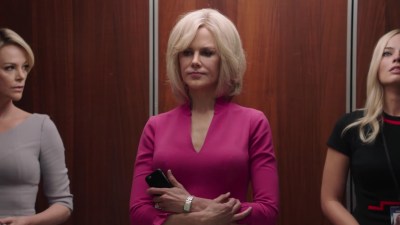