There has been no shortage of crime dramas inspired by real-life events in 2022. From The Staircase to Under The Banner Of Heaven to The Girl From Plainville, we clearly can’t get enough of these gritty, complex stories rooted in true events. The latest to receive plenty of Hollywood buzz is Candy, the chilling story of Candy Montgomery, a Texan woman accused of murdering the wife of her lover.

Starring Jessica Biel in the titular role, Candy also features Yellowjackets main Melanie Lynskey as Betty Gore, the woman Candy allegedly murders. Set in 1980, the series is being praised for its commitment to the 1970s Middle American aesthetic, outstanding performances from Jessica Biel and Melanie Lynskey, and reflections on the pressure women faced (and often continue to face) – an expectation of perfection across parenting, marriage, and behaviour, observed through the lens of a tight-knit, religious small town community.

But what is the true story behind Candy? The series actually stays very faithful to the events as described during the court case.

Who Was Candy Montgomery?

Candace ‘Candy’ Montgomery was born in 1949 as Candace Wheeler, eventually marrying Pat Montgomery and moving to Collin County, Texas, in 1977. The couple had two children, and became regulars at the First United Methodist Church of Lucas – where Candy Montgomery joined the choir and met local schoolteacher Betty Gore (played in the series by Melanie Lynskey).

Montgomery was allegedly bored and unsatisfied with her life  – a stay-at-home mother, according to Oxygen’s Snapped she was sexually unsatisfied in her marriage, so when she met and was attracted to Betty’s husband, Allan Gore, sparks flew and she decided to suggest an affair.

Who Was Betty Gore?

Betty, a Kansas native, met teaching assistant Allan Gore in the late 60s, and the couple were married in 1970. They also had two children, but after the birth of their second child, Betty developed postpartum depression, and this experience proved to be too much for Allan. He agreed to the affair with Candy, with both parties agreeing that they didn’t want to divorce their partners, but wanted to pursue a sex-only affair.

The agreement was that the affair would end if either party became emotionally involved. After eleven months, Gore ended the affair because he and Betty ended up attending a marriage strengthening program via their church, and he wanted to repair their relationship.

Yes, it’s never been contested that Candy Montgomery stabbed Betty Gore to death. What was on trial was whether Montgomery acted in self-defense, or whether the murder was premeditated.

On the night of Friday 13th June, 1980, Candy Montgomery visited the Gore residence to pick up a swimsuit for their daughter, Alisa, who had stayed the night at the Montgomery residence and had swim lessons that day. According to Montgomery, Betty Gore confronted her about the affair, which had ended seven months prior. During that confrontation, Gore had picked up the axe and attempted to hit Montgomery with it. Although Montgomery eventually gained control of the weapon, she said during her trial that Gore was stronger than she was, and in the resulting altercation, she stabbed Gore in self-defense.

Candy Montgomery fled the scene, and Betty Gore’s body was found by neighbours after Allan Gore, who was out of town that day, called them and asked to check on his wife, who wasn’t answering her phone. When the neighbours found Gore’s body, they initially thought she had been shot due to the grievous head wounds. Later, it was discovered that she had been stabbed 41 times.

What Happened At Candy Montgomery’s Trial?

Candy Montgomery’s trial lasted eight days. She was represented by defense attorney Robert Udashen and civil law attorney Don Crowder, and pleaded self defense. Under a polygraph test she took before the trial, it was determined that her story was the truth, but District attorney Tom O’Connell presented the argument that Montgomery could have run from the Gore house instead of stabbing Betty, plus he believed the attack of 41 stab wounds was beyond what was necessary for self defense.

Still, the jury found Montgomery not guilty on 30th October, 1980.

Where Is Candy Montgomery Now?

Even though Candy Montgomery was acquitted of murder, that didn’t mean public sentiment was in her favour. According to UPI, crowds gathered at the courthouse, chanting “Murderer! Murderer!” as she exited.

After the trial, the Montgomerys moved states the same year, relocating to Georgia. However, their marriage was short-lived, and according to Newsweek they divorced four years later and Candy now goes by her maiden name, Wheeler.

Now 72-years-old, Candy Wheeler allegedly works as a mental health therapist, and Jessica Biel actually tried to get in touch with her to prepare for her role, telling Entertainment Weekly that unfortunately, she wasn’t interested. Biel did, however, manage to get in touch with Robert Udashen, Montgomery’s defense attorney, who was a “huge resource of information” for her.

Candy is currently streaming on Disney+. 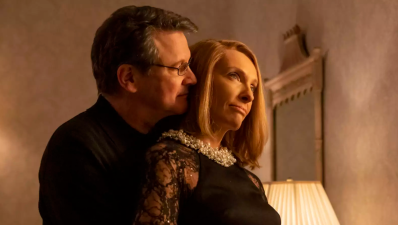 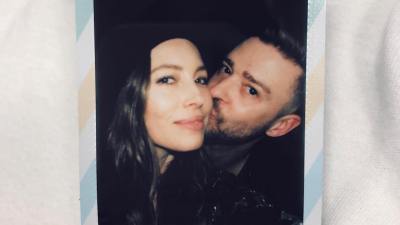 Señorita, We Feel For You: How Jessica Biel Is Faring In The Wake Of Justin Timberlake Affair Rumours
Next page