And Bob's your uncle, the bob is back (not that it ever really went away)

Immediately after Bradley Cooper sang the final note of “Shallow” at this year’s Academy Awards, his eyes flashed up to the audience, almost certainly locking with those of his partner, Irina Shayk, who was sitting in the front row. The Russian-born model didn’t appear to be one iota rattled while watching him nuzzle in song with his A Star Is Born co-star Lady Gaga, but there was one element of her demeanour that did have us double taking – her fresh bob. Because, really, is there anything more badass than a crisp, clean bob? Maybe it’s the commitment the cut calls for or perhaps the style’s sharp exterior and precise lines. Either way, the bob has always been a wordless way for a woman to say, “I got this.”

It was hairdresser Antoine de Paris who invented the bob in 1909, the Polish-born coiffeur citing Joan of Arc as his inspiration – perhaps it’s the bob’s original trailblazing muse that helped cement the style as a symbol of fierce feminist independence since inception. Popularising the bob Stateside was American actress Louise Brooks, who made teaming the haircut with an eyebrow-grazing fringe the signature style of daring, independent and heavily made-up flappers in the 1920s. As women lobbed off their locks in droves, the controversial cut reached fever pitch when American preachers proclaimed, “A bobbed woman is a disgraced woman.” Yet it continued to gain popularity, especially as de Paris took his scissors to the era’s ‘It-girls’ including Greta Garbo and Coco Chanel. And by the time celebrity hairstylist Vidal Sassoon lobbed off actress Nancy Kwan’s locks into that famous, concave bob in 1963, the bold cut had cemented its iconic status.

Since then the bob has never stopped making statements. Uma Thurman paired hers with straight bangs and stole every scene in Pulp Fiction, Winona Ryder’s fringed crop spawned countless copycats in the ’90s, Natalie Portman became a household name via her eyebrow-grazing look in Léon: The Professional and Victoria Beckham solidified the bob as Posh forever more. Away from the A-list though, the beauty of the bob and bangs combo is how they can be tailored to suit all face shapes – a talented stylist need only know where to place the baseline or slice in a fringe to best flatter their client. With Shayk sharing the Oscars red carpet with other freshly bobbed stars, including Charlize Theron, Emilia Clarke and Lucy Boynton, it’s clear the bob is back. Scrap that, it never went away. 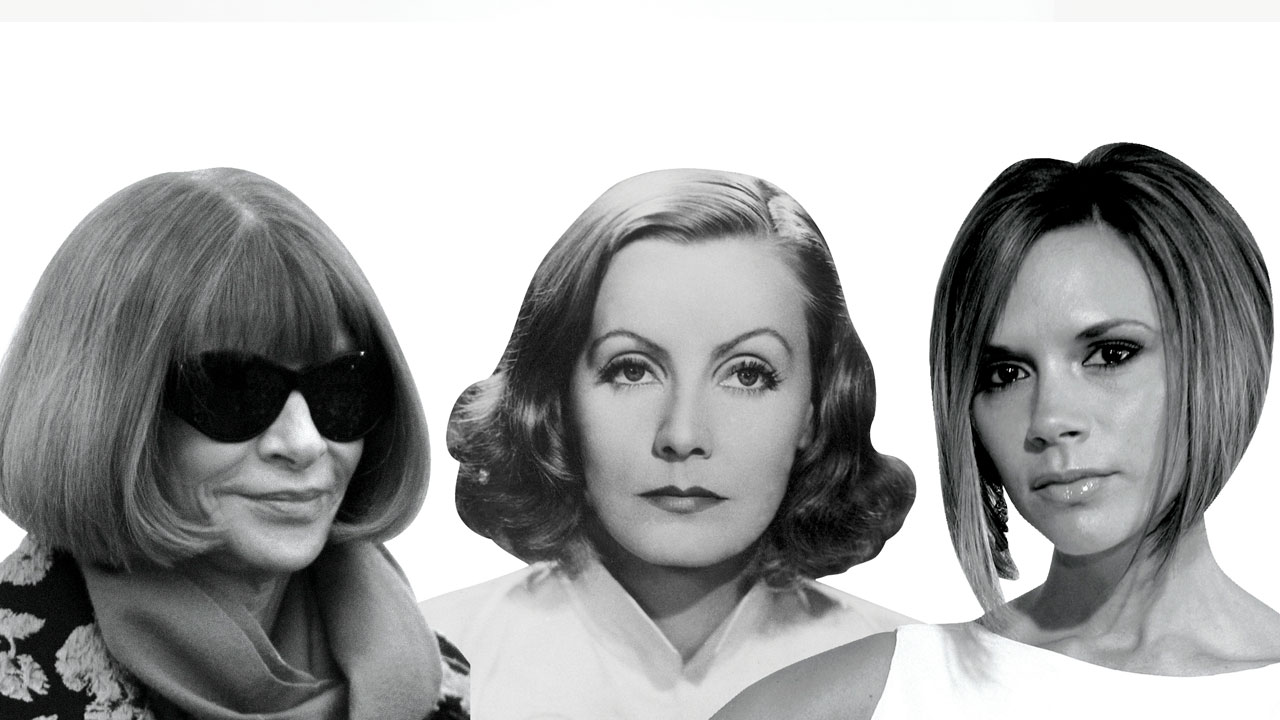 Space Oddity: The Many Times Tilda Swinton Paid Tribute To David Bowie At Cannes
Next page