Brie Larson hasn’t stepped into her role as Captain Marvel for nearly three years after she appeared in Avengers: End Game in 2019 (she did appear uncredited in Shang-Chi and the Legend of the Ten Rings). At the weekend however, she stepped back into the limelight to represent the Marvel Cinematic Universe. So what does a superhero wear to the red carpet? Oscar de la Renta of course.

The actress attended the Marvel Avengers Campus opening ceremony at Disneyland Paris wearing a glittering cropped eyelash paillette top paired with high-waist floor-length navy trousers. It was finished with a hand-embroidered celestial sequin cape in the same blue hue with florals and stars peppered throughout the piece.

The savoir faire of the spectacular piece was shared on the Oscar de la Renta social media account where it was revealed the cape took over 400 hours to create. In keeping with the day-time event, the beautiful ensemble was finished with undone bouncy waves and neutral matte make up.

Larson made her debut for the MCU as Carol Denvers aka Captial Marvel in the namesake film in 2019. It proved to be a huge year for the actress who also appeared in the award-winning film, Just Mercy. Speaking to Grazia at the time she said, “I know for myself when people tell me something can’t be done and I believe it to be true, I will still get it done. When the opportunity came to play this role and I learned that it was Michael’s request that he wanted me there to hold space for him, there was no question, I was honoured.”

She is expected to appear in the upcoming 2023 movie The Marvels while she is also slated to take up a role in Fast X as well as the newly-announced television series, Lessons in Chemistry.

It’s good to have you back Brie! 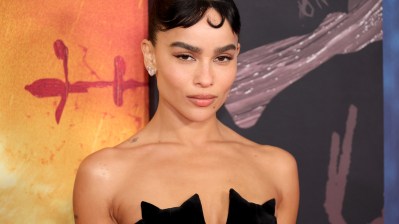 Zoë Kravitz Swaps The Catsuit For Couture At “The Batman” Premiere 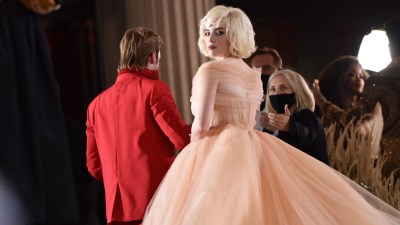 Now This Is How You Make Florals Groundbreaking 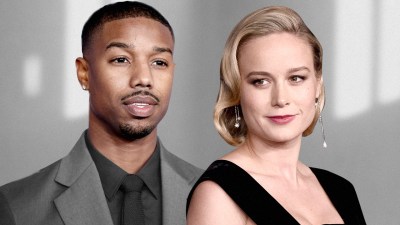 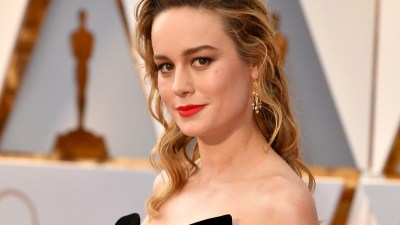