Stirring. Heartbreaking. GRAZIA sits down with Brie Larson and Michael B. Jordan – and the hero who inspired the new movie, American lawyer Bryan Stevenson

NEW YORK CITY: “When you take an innocent person and you put them on death row, you’re not just convicting and condemning that person, you convict and condemn the entire family,” American lawyer Bryan Stevenson says, his voice gentle.

Stevenson’s revelatory and thought-provoking memoir, Just Mercy, is a read that alters one’s empathy metre and forever sits deep within the psyche. Clear-sighted and compassionate, the 60-year-old has battled against the echoes of the Jim Crow segregation era and its effects on the American criminal justice system his entire career as a defendant to the wrongfully condemned. Now, the Delaware native and Harvard graduate’s most formative case has been turned into a moving, must-see film.

Directed by Destin Daniel Cretton (Short Term 12) and from a script written with Andrew Lanham, the timely legal drama Just Mercy follows a young Stevenson (played by Michael B. Jordan) as he arrives in Alabama in the late 1980s to lend his dissenting voice to the dispossessed inmates of death row. Here he meets a vanquished Walter McMillian, an Alabama pulpwood worker (played by Jamie Foxx), who was wrongfully convicted of murdering an 18-year-old girl and sentenced to death.

Just Mercy Is In Australian cinemas on January 23.

Australian audiences will have a hard time swallowing how guilt or innocence plays second fiddle to capital punishment in some American states. Despite so much evidence proving McMillian’s innocence – and the fact the main testimony against him came from a dubious witness named Ralph Myers (played convincingly by Tim Blake Nelson) – the system is so stacked against black men of a particular socioeconomic background, McMillian didn’t stand much chance. With the help of local advocate Eva Ansley (played by Brie Larson), Stevenson fights a convoluted legal labyrinth with the end goal of seeing McMillian exonerated.

“I don’t have the ability to give back to people what they’ve lost,” says Stevenson. “I can’t give Walter McMillian six years back. I can’t give [fellow death row inmate] Anthony Ray Hinton who gets released after 30 years that time back. But what I can do is give them my ultimate effort and my best to make sure they are not wrongfully executed. What frustrates me is there’s still so many innocent people in our jails and prisons who need help and who need legal advocacy.”

What I found really interesting was the women in this story. Like Stevenson noted earlier, when somebody is placed on death row, an entire community of people are also affected by the ticking clock. In McMillian’s case, his wife Minnie (played by Karan Kendrick) is frantically pleading for help, Stevenson’s own mother is worried about her son’s safety in Alabama and his colleague Ansley is cold-calling lawyers to get these men fair representation.

“I know for myself when people tell me something can’t be done and I believe it to be true, I will still get it done,” says Larson of her likeness to her character. “When the opportunity came to play this role and I learned that it was Michael’s request that he wanted me there to hold space for him, there was no question, I was honoured.”

“My mother was an extraordinary person,” says Stevenson. “I grew up at the end of Jim Crow segregation and she had to deal with that. My parents both suffered the humiliation of segregation and racial inequality and yet they loved each other enough to have the hope of creating another generation. We were poor and my mum went into debt to buy the World Book encyclopaedia so that we would have another portal to see the world.

The famous court room scene is which Stevenson desperately tries to convince a jury of McMillian’s innocence weighed heavy on Jordan who also was a producer on the film. “When you read a script on certain movies, there are certain scenes that you circle, like, ‘I look forward to this one’,” says the 32-year-old actor. “The [court scene] was the one that I really needed to get right and do a good job because I knew it meant so much to the movie and was a really important part of the film.”

Larson also talked about filming the real-life court verdict moment many times over. “There was this energetic feeling of nervousness while waiting for the verdict and then this relief and excitement,” explains Larson. “We had to go through that experience so many times in a day…For me, there just wasn’t one take where I didn’t feel it. Even being in the back of that room – a lot of the time I’m not even seen – you just feel it. That is of the collective, that’s not just me feeling that on my own but of my scene partners. We were all understanding of what it was we were doing and it felt real.”

Like his book, Stevenson’s presence on set was an experience which stayed with cast members. In an earlier interview, Jordan said, “No matter how dismal things seem, he sees the silver lining. He sees the light at the end of the tunnel. He sees a way to get to yes. And that is one of the most important and impressive things about him that I’ve taken with me. I refuse to let that go.” It’s a quote I ask him about today.

“I think Bryan takes the biggest swings ever,” Jordan says. “He’s constantly fighting. Every day is life or death for somebody. It’s truly inspiring to know that somebody’s out there playing with those stakes every day and refuses to lose. [Stevenson] wants to outwork people, he wants to work hard and know everything he needs to know in order to get this man out of this circumstance. And if I apply that to my life – which is nothing compared to what he’s doing – I feel like I could be in an OK place.”

“To meet [Bryan Stevenson] is to understand how much grace and kindness and compassion and power can live in the same space. I don’t think you could meet him and not grow a little bit, not stand a little taller and not be impacted just by his energy and his spirit.”

There are still more than 20,000 wrongfully incarcerated people in American prisons. Stevenson continues to work to right these wrongs every day.

Just Mercy Is In Australian cinemas on January 23.

IF YOU WOULD LIKE TO FIND OUT MORE ABOUT THE WORK BRYAN STEVENSON CURRENTLY DOES, HEAD TO HIS WEBSITE, THE EQUAL JUSTICE INITIATIVE. 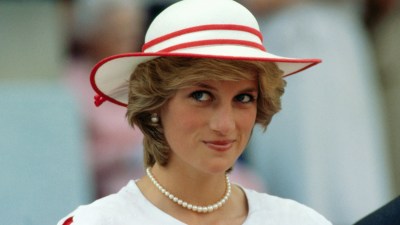 The Role Of A Lifetime: Australian Actress Elizabeth Debicki Has Been Cast As Princess Diana In “The Crown” 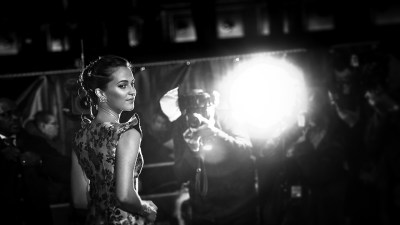 What Interviewing A Movie Star Looks Like In 2020
Next page