It’s no secret Kylie Jenner likes to twin with practically everyone in her inner sanctum (BFF Anastasia Karanikolaou, her sisters, her mini Stormi), but now she’s twinned with K-Pop girl group Blackpink – and without even knowing it.

READ: WHILE ON HOLIDAYS, KYLIE JENNER IS BACK TO HER TWINNING BEST

Earlier in the week, Kylie Jenner posted a photo in young French designer Marine Serre’s moon-print top. Cut from recycled stretch jersey, the top was sleeveless and covered in blue moons with a rolling white wave and “Marée Noire” printed across the front (the slogan of Serre’s swim collection). It’s a print that features throughout Marine Serre’s collections, with everything from bucket hats to catsuits covered in graphic crescents, the moon becoming somewhat of her signature. 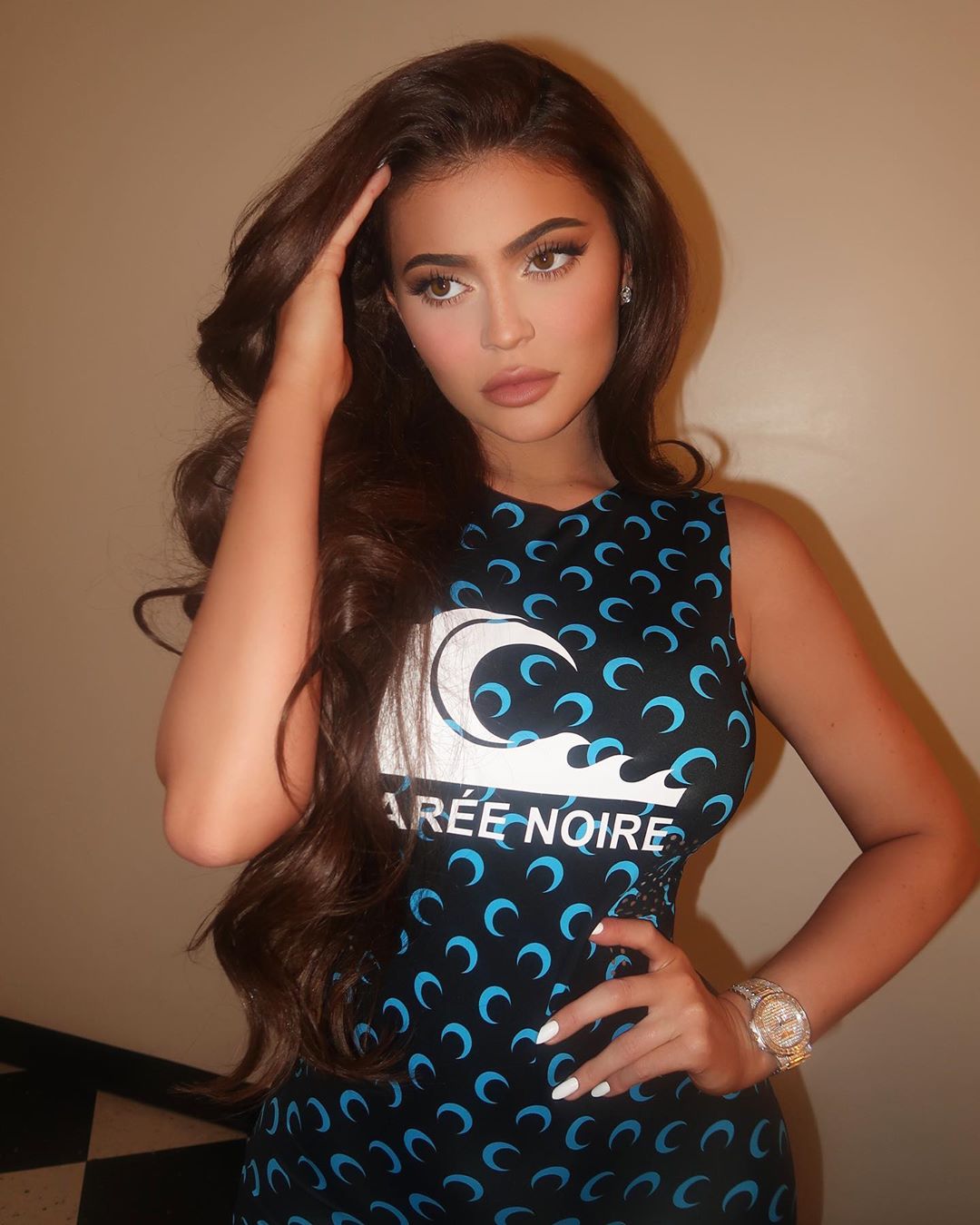 It’s also a print that the girls from Blackpink were fond of. On South Korean music program, Inkigayo, the K-Pop group wore versions of Serre’s moon print in black and hot pink (of course) that they customised to suit their pop personas. Jennie wore her moons ruffled, Lisa layered a black bralette over hers and threaded them through the loops of magenta hotpants, while Rosé wore a cropped bandeau with oversized fisherman pants, also from Serre’s collection.

After stints at Maison Margiela, Alexander McQueen and Dior, the 2017 LVMH Prize winner founded her eponymous label while working at Balenciaga. With a strict environmental ethos – the designer only uses end-of-cycle product for base materials – Serre blends sport and street with a couture bent, offering novel perspective and edginess to fashion. It’s no wonder both Blackpink and Kylie Jenner are drawn to her designs.