Culture Crave, a popular source for movie, TV, video games and social media news, sparked an interesting debate surrounding the 2022 release of Black Panther 2. The Twitter account asked which upcoming superhero movie fans would get rid of and, surprisingly, the choice was Black Panther 2. Fans stated how they’d be uninterested in watching the upcoming sequel due to the loss of Chadwick Boseman, who played Marvel’s African king, T’Challa, and died in August of colon cancer at 43. Earlier this week fans similarly were in an uproar about Boseman’s Best Actor snub at the Academy Awards.

However, some fans felt it would be an injustice to not watch the upcoming Marvel movie, dishonouring the legacy Boseman left behind. The loss of Boseman was a harrowing pain for the Marvel Cinematic Universe family. And while it’s understandable fans and newcomers alike will miss the charismatic king that stole our hearts in 2018, his former castmates believe there is no greater duty than to honour his legacy with the continuation of production.

Idk about ANYONE ELSE but im watching Black Panther 2 FOR Chadwick. The mantle must be passed on! Thats the damn tweet. pic.twitter.com/gqNlQc1MLE

Co-star Lupita Nyong’o will soon return to “Wakanda” to begin production on Black Panther 2, which is once again being directed by Ryan Coogler. “People will ask me, ‘Are you excited to go back?’ Excitement isn’t the word. I feel like I’m in a very pensive and meditative state when it comes to Black Panther 2. His passing is still extremely raw for me,” Nyong’o said in an interview with Yahoo.

“And I can’t even begin to imagine what it will be like to step on set and not have him there. But at the same time, we have a leader in Ryan, who feels very much like we do, who feels the loss in a very, very real way as well. And his idea, the way which he has reshaped the second movie is so respectful of the loss we’ve all experienced as a cast and as a world. So it feels spiritually and emotionally correct to do this. And hopefully, what I do look forward to, is getting back together and honouring what he started with us and holding his light through it. Because he left us a lot of light that we’re still going to be bathing in. I know that for sure.” 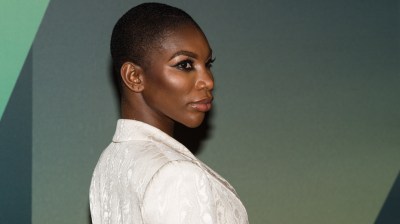