Yes, Beyoncé And Jay-Z Brought Their Own Alcohol To The Golden Globes

So Jennifer Aniston and Reese Witherspoon stole it 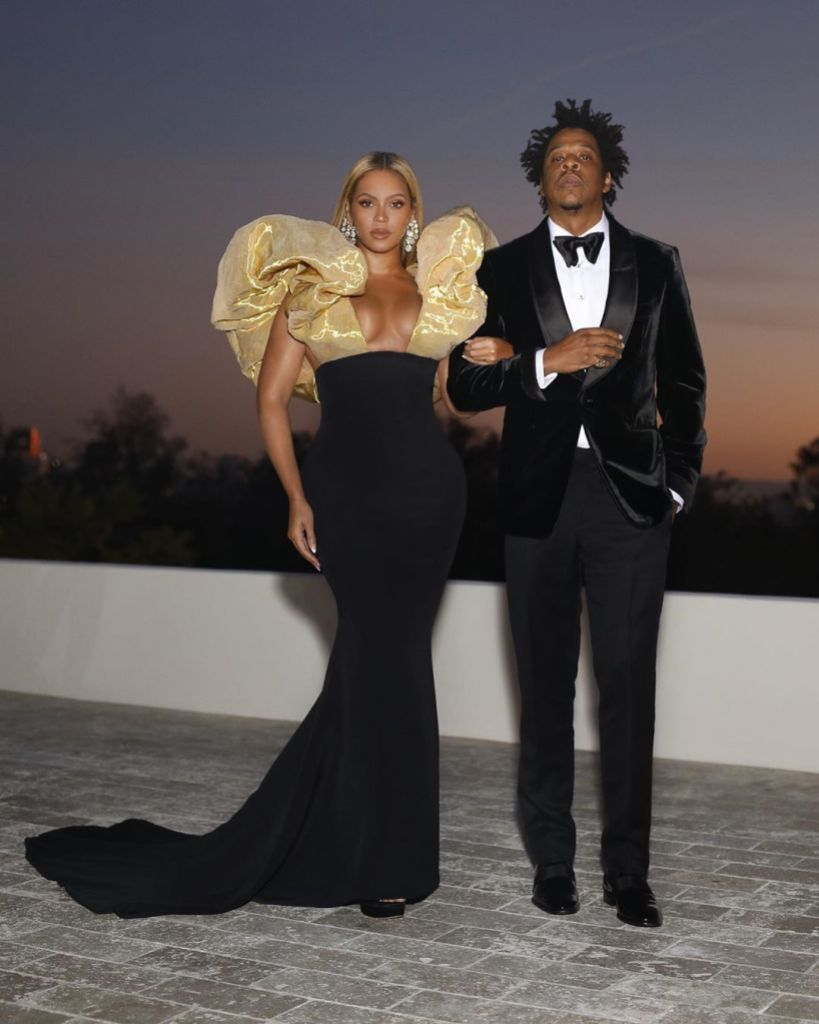 Beyoncé and Jay-Z’s surprise appearance at the Golden Globes on Sunday night caused such mayhem that within seconds of viewers spotting the duo sitting casually in the audience of the awards ceremony in LA, Beyoncé’s name was trending on Twitter worldwide.

Not only did the couple opt to skip the red carpet, choosing instead to arrive fashionably late and sneak in through the back entrance of the event, but they chose to BYO their alcohol for the evening.

She additionally observed, “Is their bodyguard carrying bottles of alc for them?”

. @Beyonce and Jay-Z just walked in. They're waiting until Kate McKinnon finishes speaking to take their seats. Is their bodyguard carrying bottles of alc for them? pic.twitter.com/eeB7NPHW4g

Yes, it would appear he is.

Behind the couple’s security guard’s back, he’s holding two unopened bottles of what People reported to be Ace of Spads champagne by Armand de Brignac, a brand which Jay-Z has owned since 2014.

Now you may think that Beyoncé and Jay-Z treating the Golden Globes like the local Thai restaurant down the road is as good as it gets, but wait, there’s more.

The Morning Show co-stars Jennifer Aniston and Reese Witherspoon, who were sitting at the table next to the musical couple, ran out of drinks halfway through the evening, so problem solver Witherspoon quickly tapped Beyoncé and Jay-Z to steal a swig of their personal stash.

Taking to Instagram stories, Aniston posted a photo of herself holding up a full glass of champagne alongside Witherspoon and producer Kristin Hahn, writing, “Reese!? This is one of the many reasons I love you. We ran out of water at our table so naturally she asked Beyoncé and Jay-Z for a glass of their champagne.” Clearly very happy with stealing champagne from the Carters, as you would be, Aniston then shared a photo of her sipping her drink, tagging both Beyoncé and Witherspoon. 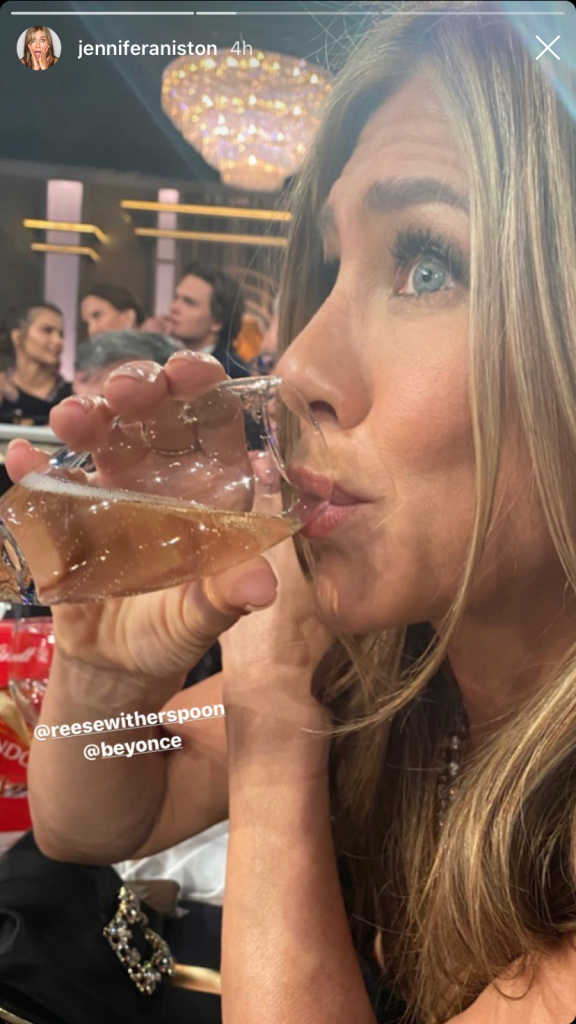 While it’s unclear whether the groups interacted other than to steal drinks, here’s hoping this is the start of a blossoming friendship. A Beyoncé cameo on The Morning Show‘s second season, anyone?