Along with everything else, the sartorial joys of Beyoncé's 'Black Is King' visual album are many. Here, we breakdown some of our favourite looks, including those from independent Black designers 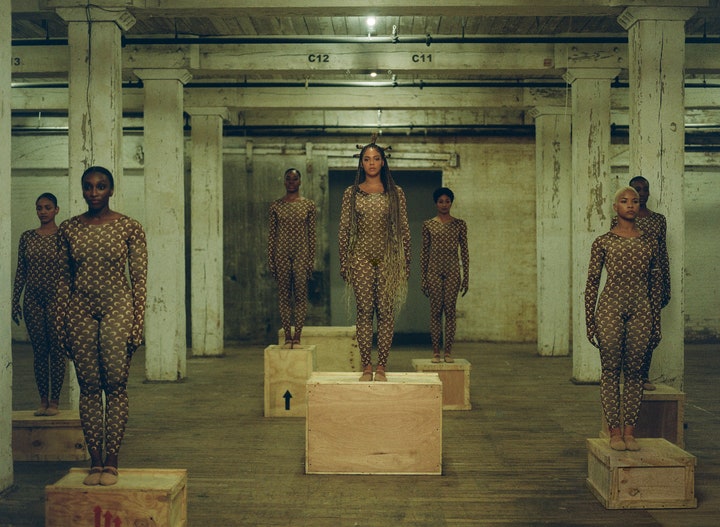 Is Beyoncé’s visual album Black Is King the silver lining of 2020? In a year of truly unfathomable lows, we’re going to say yes. The full-length film which she dropped over the weekend on Disney+ is her visually-stirring and downright spectacular ode to Black people and the Black experience. “Let Black be synonymous with glory,” she says in Black Is King, “a labour of love” she had been filming, researching and editing for the past year; a piece so important right now given the Black Lives Matter movement and global conversation around race.

“The events of 2020 have made the film’s vision and message even more relevant, as people across the world embark on a historic journey. We are all in search of safety and light. Many of us want change,” she wrote on Instagram alongside the film’s debut. “I believe that when Black people tell our own stories, we can shift the axis of the world and tell our REAL history of generational wealth and richness of soul that are not told in our history books. I pray that everyone sees the beauty and resilience of our people.” 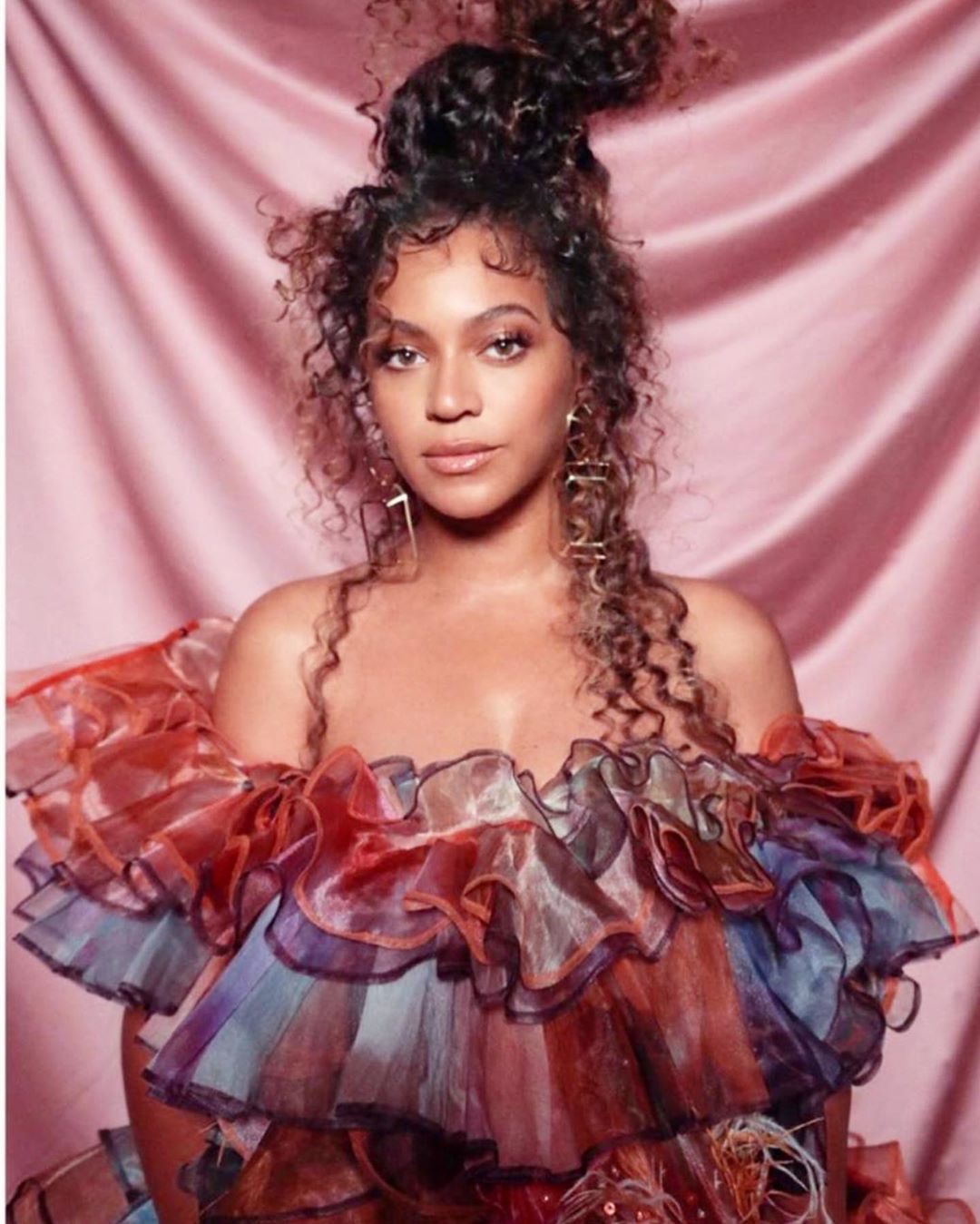 Her point of view feels as resonant as ever; arriving at a time of supreme cultural awakening and social justice, its message – “to shift the global perception of the word black” – couldn’t have been more timely. Originally intended as a companion piece to “The Lion King: The Gift” soundtrack and “to celebrate the breadth and beauty of Black ancestry,” she says: “I could never have imagined that a year later, all the hard work that went into this production would serve a greater purpose.”

READ: THE BEST VIRTUAL FASHION FROM THE 2020 BET AWARDS

Indeed, while its political significance is clear, it’s also an expression of the singer’s relationship with art and fashion. Fashion has always been important to Beyoncé; throughout her career she has used clothes as a powerful tool to communicate herself and her creativity, her style forever revealing deeper meaning and glimpses of how she is feeling. 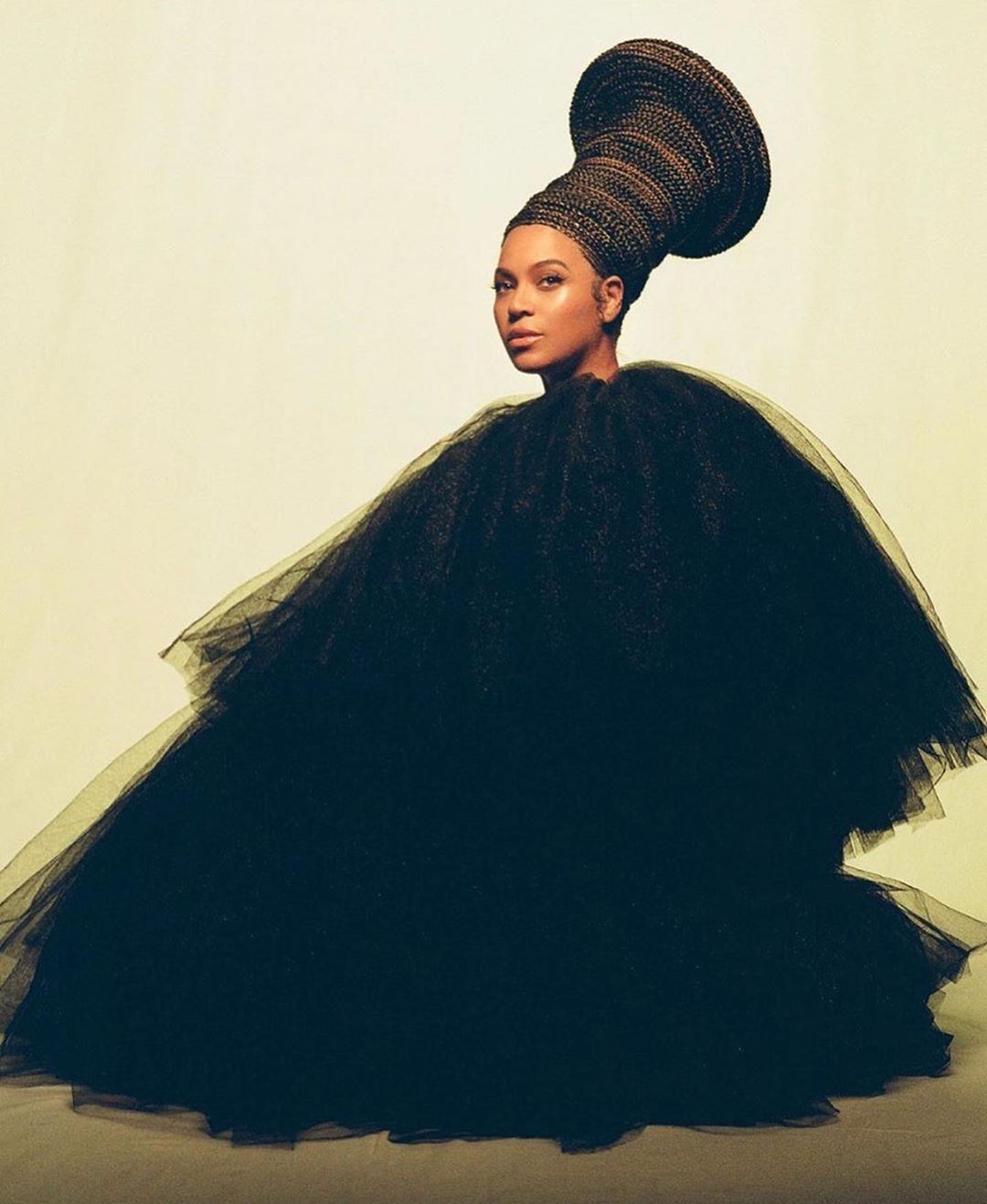 Like her previous visual album Lemonade, a sparkling display of fashion, art and music, Black Is King is much the same, an exercise of personal creative expression and the fantasy of fashion. It’s also cast the spotlight on a generation of new Black designers, selected by longtime stylist Zerina Akers and showcased by the Queen (Bey) herself.

Here, we take a look at some of the brilliant fashion moments in Beyoncé’s Black Is King. 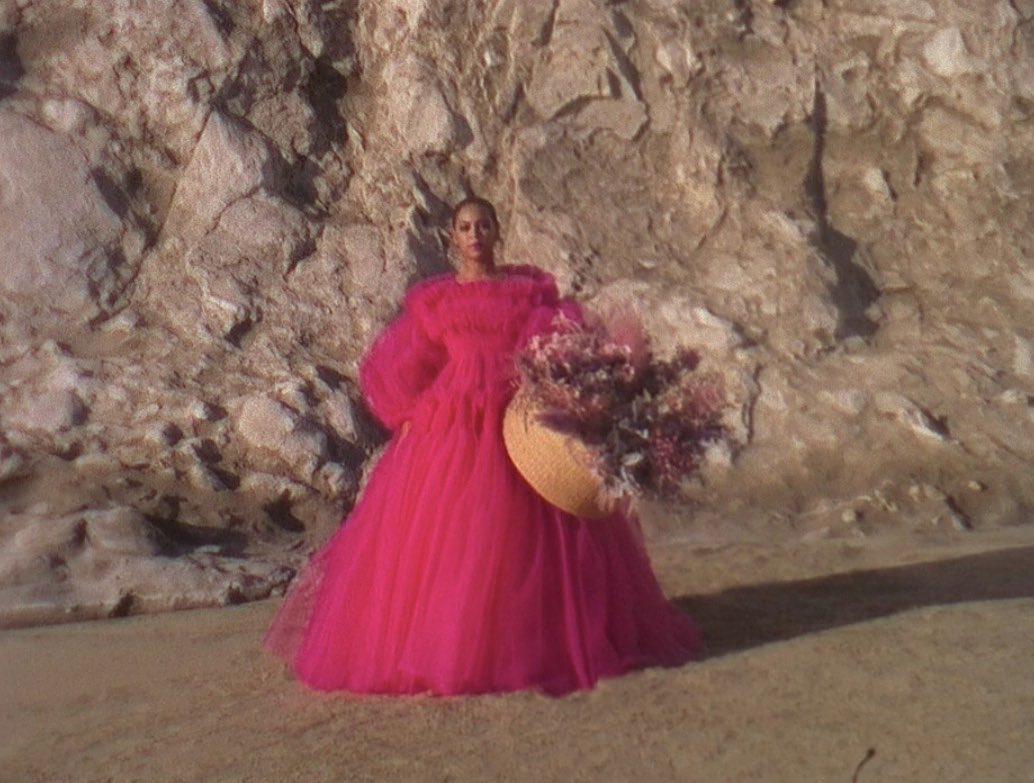 Lafalaise Dion
The Côte d’Ivorian cowrie shell artist made spectacular headwear, saying: “Thank you @zerinaakers ❤️ @bouenguidi @grekouanne, Lily Élodie, @lyanel_handmade Yannlow, Hamed and my whole team, this is for us. Congratulations to all the African creatives in the Project. Love you.”

Alon Livné
There were three extraordinary designs from the Tel Aviv-based designer including a sculptural ivory masterpiece, an homage to the Greek Goddess of Victory, Nike, with a soldered metal shell shaped into a wing.

Loza Maléombho
The West African designer was obviously as proud as ever that Beyoncé wore her custom pieces, writing on Instagram: “Listen!! I could sit here and visualize Beyoncé in one of my pieces, I’ve done that… but never in my wildest dreams did I imagine her KILLING afrobeats dances and embrace African culture all the way through the way she did in one of my pieces!!! Understand the vision is so keen and deep here!”

Molly Goddard
The British designer’s elaborate Daria Dress starred in a shade of shocking pink and by golly Miss Molly did it look grand.

Lace by Tanaya
A shimmering dress she made a year ago for “the queen”, she was unsurprisingly chuffed. “Beyoncé wearing custom crystal cape/dress from @lacebytanaya in Black Is King!!!! 👸🏾 Thank you so much @zerinaakers & @beyonce for this opportunity.”

Valentino
Pierpaolo Piccioli’s haute leopard fantasy came to life atop a leopard-clad convertible (and leopard-clad dancers). The House also shared Piccioli’s sketch: “In her visual album, Black is King, @beyonce was dressed in a #ValentinoHauteCouture jacquard leopard print cape and jumpsuit with paillettes and strass embroidery.”

Marine Serre
The young French designer’s famous moons made an appearance, with both Beyoncé and her troupe clad in Serre’s celestial bodysuits.

Mary Katranzou
The Greek designer was “so proud to have dressed @beyonce and her dancers for her new EPIC film #BLACKISKING. The song is called #Water featuring @pharell.williams and Salatiel.”

Venny Etienne
“I’ve been waiting for this particular moment and it’s finally here,” wrote the Brooklyn-born, Haitian designer. “Zerina thank you sooo much for this opportunity!!! Do ya know on average how many No’s I get on a regular?? At this point I look for No’s because it’s a testament of me seeking for the hard to reach opportunities. If you’re getting too many “Yes” in journey then you’re not reaching high enough. I DARE you to reach for the “No” opportunities because ALLLL it takes is for ONE yes, for that ONE person to TRULY believe in you for your whole trajectory to change. Be encouraged don’t stop reaching or believing. My team Aliyah and Elena worked non-stop one day working 44 hrs straight to get this done.

Seeing Beyonce in my garment represents soooo much more than me. It represents Marlboro projects in Brooklyn, NY where I grew up, represents my Haitian culture, represents Dallas, TX where I live now!”