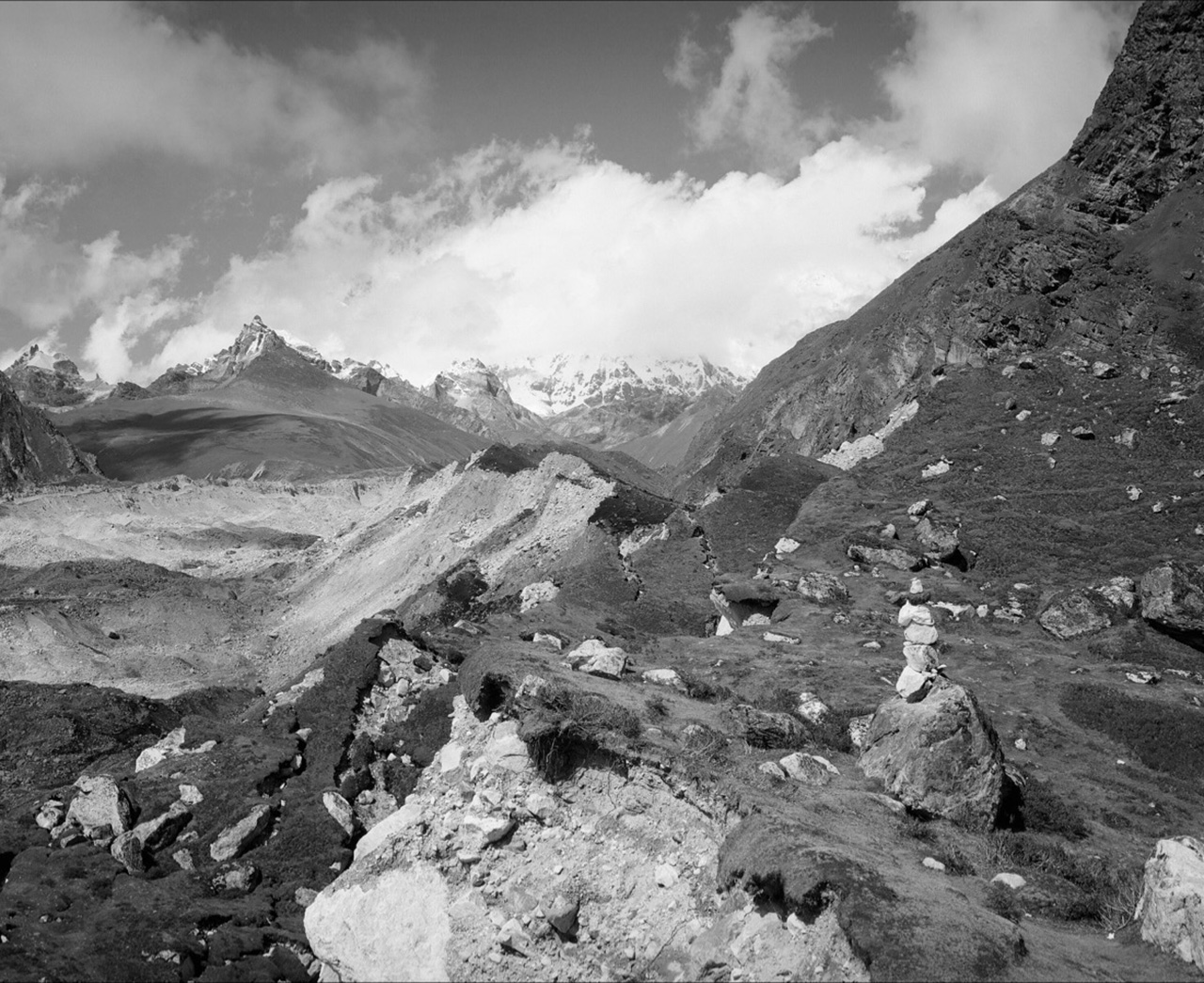 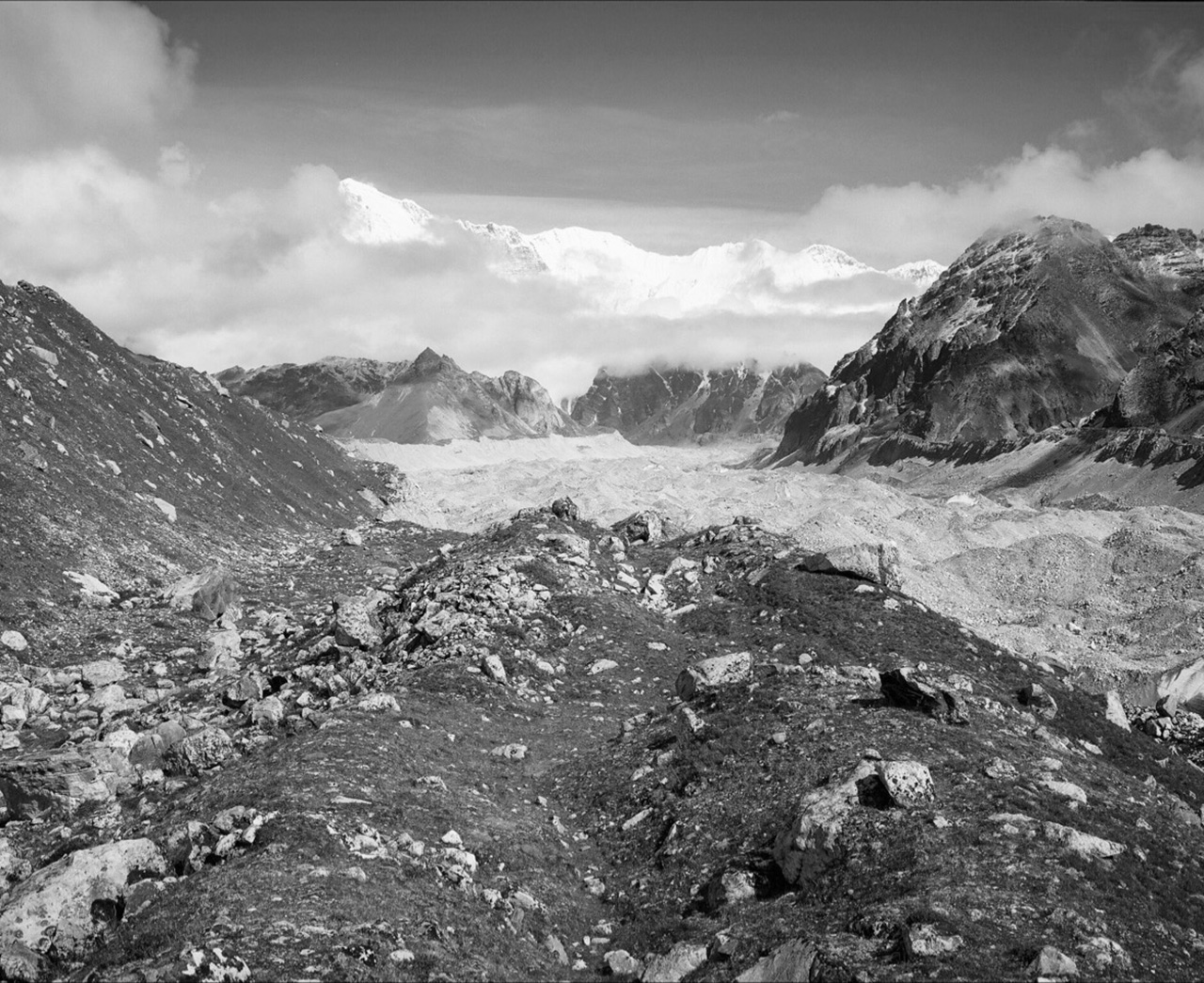 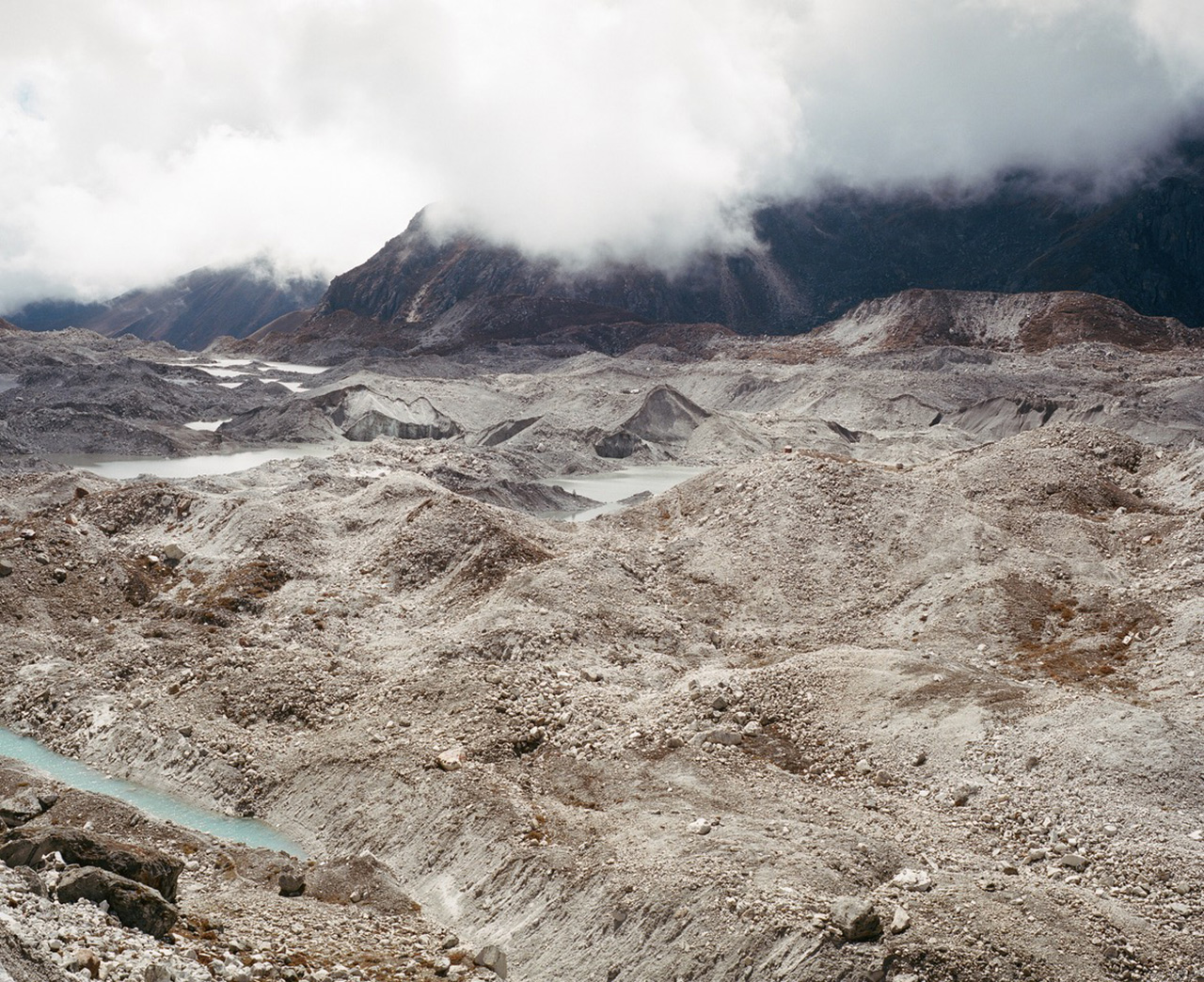 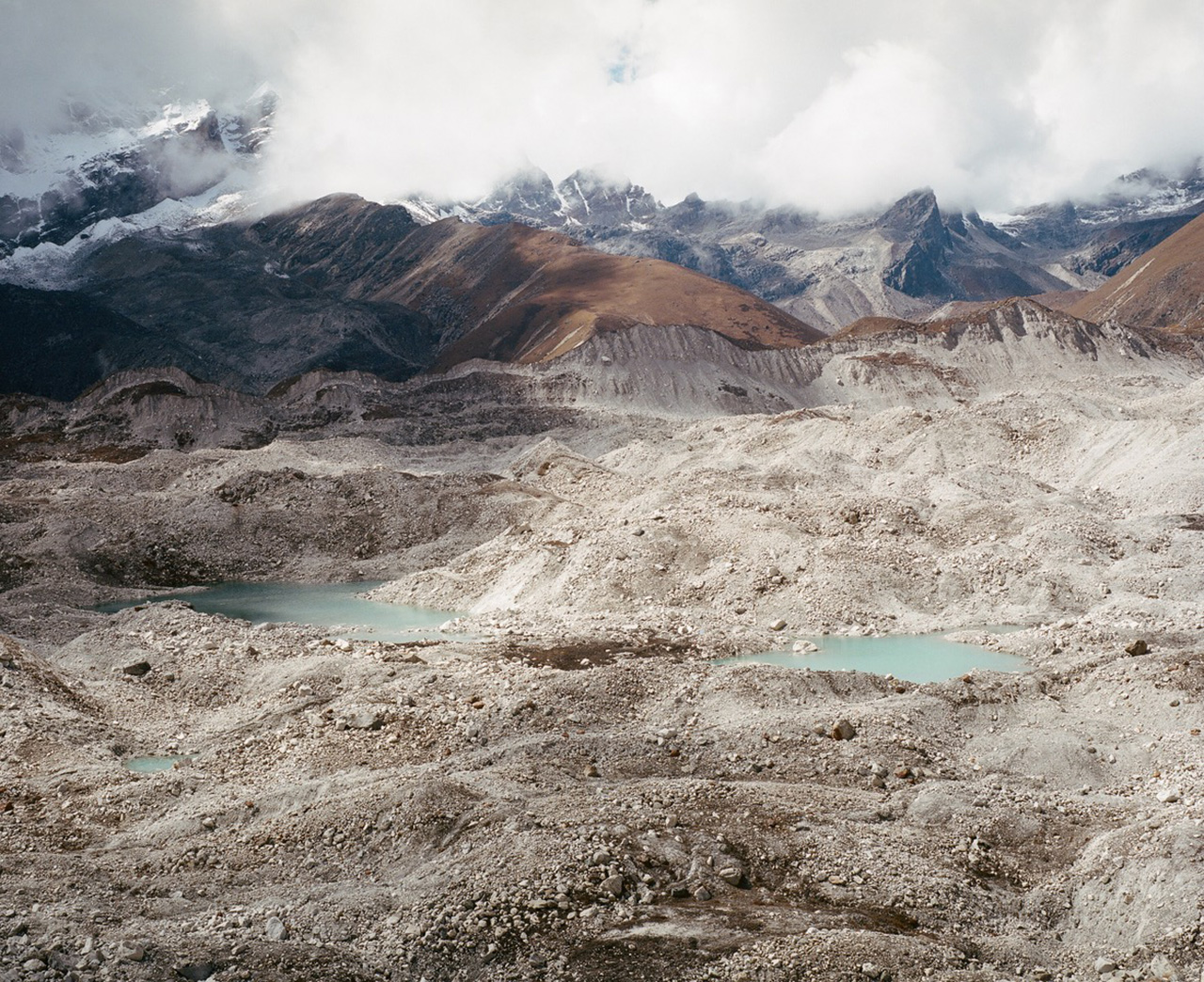 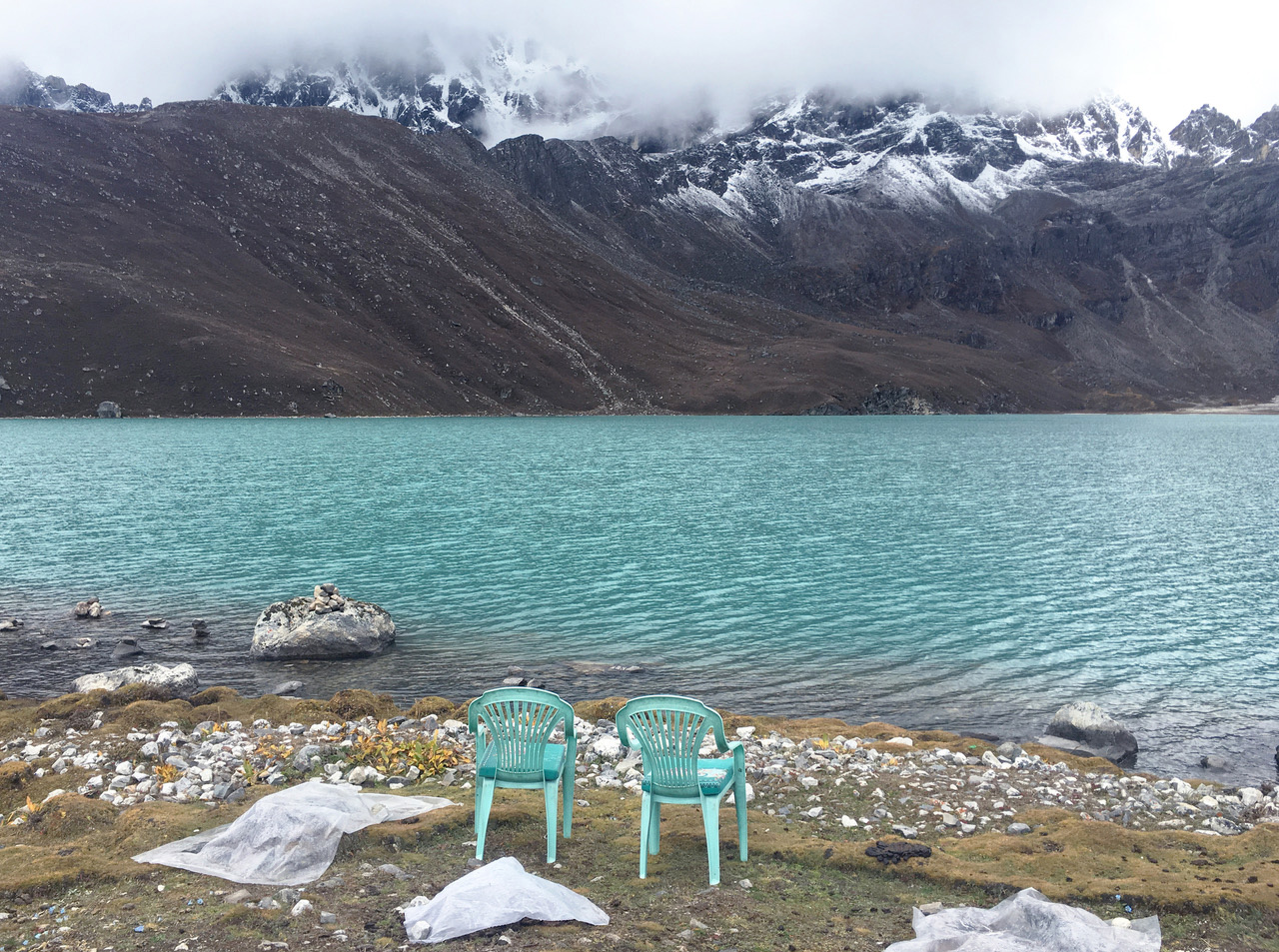 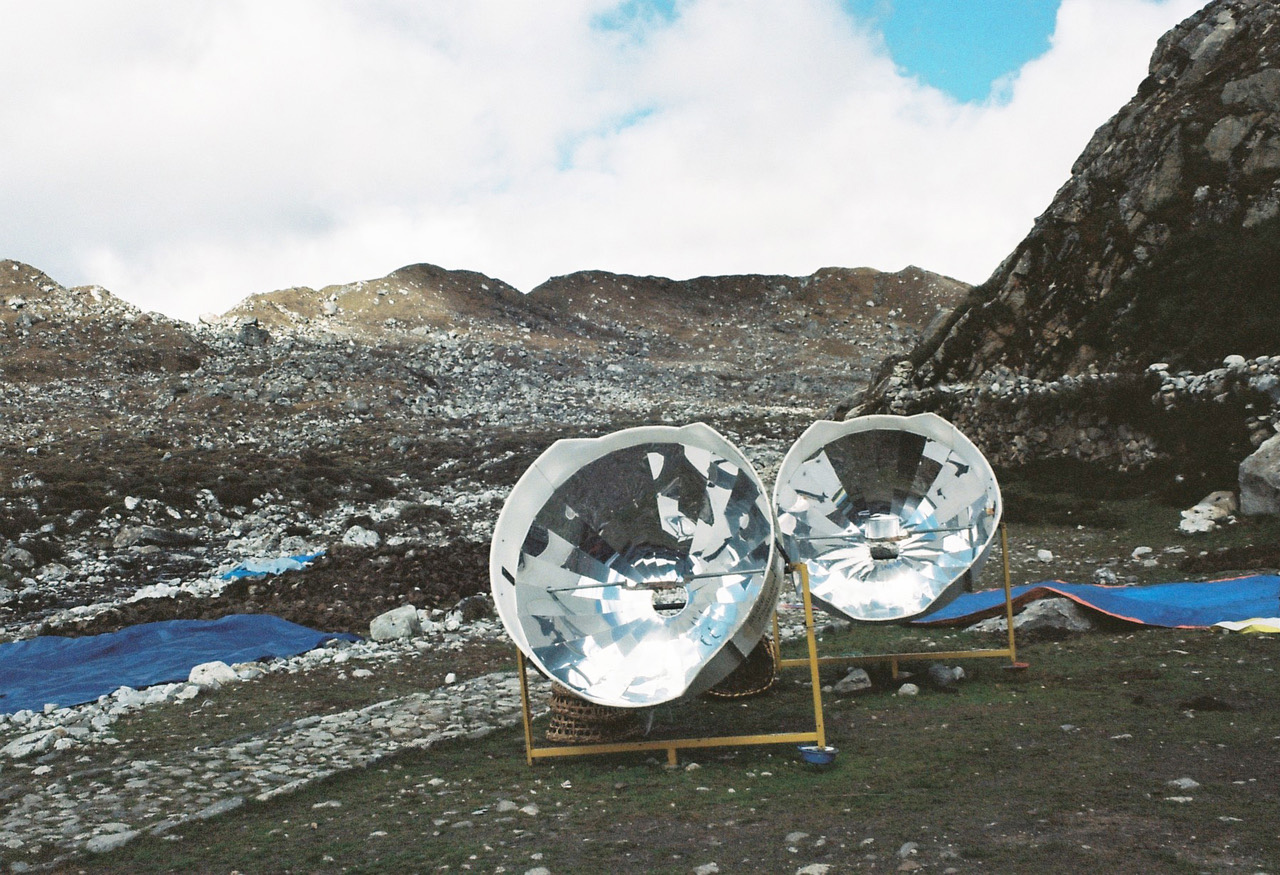 For Rae Begley, walking is akin to an act of meditation. The Sydney-based photographer shoots every day, mostly in the mornings and late afternoons, as part of what she describes as “a daily walking meditation”. And though she has made a habit of capturing moments of reportage on those walks using an iPhone, almost as though it were a visual journal, her practice always reverts back to a lifelong love of the practice of analogue photography.

The act of walking and its attendant themes are seemingly central to the work of Begley, who has both studied photography in a formal context and practiced it in earnest as a documentary-based art practice since staging her debut exhibition in 2014. The body of work she exhibited that year at Mild Manners Gallery, ANNAPURNA, galvanised her pursuit of the medium and established a trajectory for the artist that has made itself manifest again in a new body of work, soon to be exhibited at COMMUNE. ANNAPURNA, a series of 35mm photographs captured in the Annapurna region of the Himalayas in September 2014, was a reflection on the contrasting elements seen in the extremes of nature. An encounter with the sheer scale of the scenery and the purity of the experience moved Begley immensely, she says. “Walking in nature makes me feel free and at peace.

“Majestic and spiritual, the sacred valleys depict a rapidly evolving landscape,” she continues. “The scale and power of the land is of epic proportions, initially offering a breathtaking ‘otherworldly’ beauty to the explorer, however, this is coupled with an underlying darkness, which in moments felt apocalyptic.”

Begley says that, after moving through the rapidly evolving landscape each day, she fell in love not only with the topography but the people who have made this land of often unforgiving extremities their home. The faith of the local Sherpa people in ancient mountain gods suddenly made complete sense to Begley when faced with the magnitude of the surrounding country in person – these mountaintop dwelling deities exercise a wrath is easily invoked by the shirking of traditional lifestyles in favour of newer ways of living that generate both physical and spiritual pollution. “Sherpas, like the Quechua people of South America, have been known to link the decline of mountain glaciers to gods or deities,” Begley relays to GRAZIA. “The glacial melt of Ngozumpa [Glacier] may be interpreted by the Sherpa people as a moral reprimand by the gods. Local residents endeavour to prevent the pollution of mountain peaks in fear of releasing the fury of mountain gods.”

Before departing for the region for a second time in 2016, Begley says she researched sacred lakes and was drawn instinctively to the Gokyo Lake, a glacial-fed, high-altitude turquoise lake adjacent to the Ngozumpa Glacier – the longest glacier in the Himalayas located in the Khumbu region of Nepal. The area became the focus of And then nothing turned itself inside out, a new body of work to be shown in collaboration with presenting partner COMMUNE in Waterloo that aims to preserve the area’s incredible beauty – to become “historical documents in the timeline of climate change.” The body of work’s thematic was inspired by the poetry of the American jazz composer and cosmic philosopher, Sun Ra, as well as lyrical moments extracted from the discography of American indie rock stalwarts, Yo La Tengo, whose obscurely fragmented lyrics are used to invoke notions of beauty under threat – the degradation of the glaciers as a result of climate change.

“Glacial melt was once slow, the movement of the ice measured in many years, often centuries,” says Begley. “In recent decades, the Nepali Himalayas are warming significantly and the Ngozumpa Glacier is showing signs of shrinking, thinning and the ice is rapidly melting; it’s as if time is literally flowing away. The literal translation of the name Ngozumpa is ‘water source,’ in this instance the head of the river. This is symbolised in Hindu and Buddhist religions by the snake. Both reflect the importance of water as life, thus the prayer for continuing water and life.”

Begley’s new series of reportage work was shot whilst trekking the Gokyo region near Everest over 18 days, with the majority of works captured over a four day period at the Ngozumpa Glacier and the Gokyo Lake. Working on 120mm and 35mm film across two cameras (and an iPhone), Begley documented the effects of the glacial retreat on the otherworldly landscapes, which have been “scarred with the tragedy of human interference and the subsequent impact of climate change.” That interference is gleaned in vignettes present throughout the series of astonishing works; plastics litter the mountain peaks in the form of chairs, abandoned tarps and reflective solar domes. Man’s presence is also gleaned in the presence of elaborately stacked rock cairns that Begley will recreate in the staging of her upcoming exhibition. Rock piles, sourced and produced locally (with the exception of one jar of Nepalese rocks donated from a friend hailing from the Jiri region) will active the audience to participate in building cairns of their own in the exhibition space. An ambient soundscape has also been created by Greg Mullins and Jeremy Hansen of Erik Omen using sounds Begley recorded – yak bells, chanting monks – on her journey through the mountains. The duo have pieced them together and looped the sounds in their studio in Bungendore, in regional New South Wales – a world from the origins. Begley describes the finished work as “an emotive hour-long ambient sound enlightenment work” that will create an experience that’s as far removed as possible from the relatively miniaturised confines of “prints hanging on white walls.” Ultimately, she hopes the series of works will celebrate the inestimable beauty of the landscape, while underscoring the same apocalyptic feelings that so memorably struck her on first arriving in the landscape all those years prior: “The underlying darkness of the Himalaya in [this] current time. [I want to] evoke a sense of urgency from the viewer about the impact of climate change.

“Hopefully with this current body of work, the viewer will recognise that beauty is under threat and that climate change is real and needs our attention.”

On foot, Begley will continue to seek out the beauty in nature, documenting its ineffable qualities in the analogue medium that so forcefully captures her attention in ways that feels both tangible and authentic, intuitive but never absentminded – a medium that elicits careful consideration at every step, from composition to final viewing. Her desire to seek out landscapes and places that entertain feelings of otherworldliness and play on our perceptions has seen her travel from Coober Pedy to Monument Valley in search of vistas that present their viewer with the question, ‘is it real or is it an altered reality?’ It’s a question that next looks likely to take her to Peru, the Amazon and Chile in 2018 in search of the fantastic.

“Hearing rocks fall in the glacier and ice shift was surreal,” Begley says, recalling some of the moments that made this assignment a transcendent one. “There were multiple days of walking through fog too and that was creepy and mysterious, I loved it. You never knew what was around each turn. The highlight of the whole assignment for me was waking up after arriving in the early evening fog to discover the bright turquoise Gokyo Lake. It was one of the most incredible memories I will ever have. The teahouse where I slept was set right on the lake and I distinctly remember opening the curtain and seeing the full lake panorama out of the window, it felt hyperreal. Hopefully this otherworldly beauty translates in the photographs in the show. Nature can be so hypnotic.”

And Then Nothing Turned Itself Inside Out Will Exhibit At COMMUNE, 901 Bourke Street, Waterloo, Opening November 2 From 6-10pm, Then Running November 3-5, 2017 From 10AM Until 5PM Daily

Tile and cover image: Rae Begley, And Then Nothing Turned Itself Inside Out, 2016/Courtesy of the artist