“And Just Like That” Doesn’t Match Up To “SATC” Yet, But There’s Hope

The jury is still out.

Like pretty much any woman between the ages of 30 and 50, I was counting down the days until And Just Like That, the Sky Comedy/HBO Max reboot of Sex And The City, landed on Australian TV. SATC holds such a huge place in the hearts and minds of so many women globally – it was a show that felt groundbreaking when you discovered it, whether that was while it was airing in the ‘90s and ‘00s, or sneaking views from your mum’s DVDs in your teens.

SATC was always about the complexities of womanhood – sure, it framed itself around four women dating in their 30s, but at its heart the series was about growing older as a woman when you aren’t conforming to the married/two kids/moving to the suburbs life trajectory. It was about the strength of female friendships and juggling careers, love and social expectations. At the time of its release, this really was groundbreaking – never before had a series so deftly nailed the female cultural mood, as women grappled with the new-found freedoms the liberation movement had given them to step away from traditional roles, while still navigating through a world that expected them to settle down by their 30s, lest they be “left on the shelf”.

So, could a series that meant so much to so many women come back for round two? Technically, it already had – the highly anticipated Sex And The City film did a good job of following Carrie, Miranda, Samantha and Charlotte into marriage, motherhood and entering your 40s. Sex And The City 2 tried to continue that journey into menopause and the looming golden years of 50 and beyond, but did a woeful job of it and left a bad taste in most of our mouths. So there were some pretty high expectations for And Just Like That to live up to. In some ways, it does. In others, not so much.

What Does ‘And Just Like That’ Say About Being A Woman In Your 50s?

Not as much as I’d like it to, so far. I was really excited to see Carrie, Miranda and Charlotte tackle the incredibly limiting attitudes society still has toward ageing women in And Just Like That. In some ways, we get this – Miranda has chosen to go grey, but Charlotte feels it ages her (and Charlotte, by extension). She’s gone back to college to get her Masters in Human Rights, finding herself in a class filled with 20-something students where she clumsily realises she’s out of touch with the current social pulse. Carrie is having a similar experience, wading into social media and podcasting as a dating expert but finding modern sex advice leans heavily on divulging explicit sexcapades – there is no place for her subtlety.

I hope as the series progresses, we dive into more of the uniquely female experiences in your 50s. I want to see the girls pushing against the invisibility of older women in society, for example. The original series did so much for single women in their 30s who felt adrift in a sea of happily-marrieds, I’d love to see And Just Like That do the same for women in their 50s carving out a life that refuses to be played out in the shadows.

How Does ‘And Just Like That’ Manage Without Samantha?

One of the most controversial elements of And Just Like That during production was the news that Kim Cattrall (Samantha) would not be returning due to personal conflicts. Could the series exist without such a formidable character? The writers do an okay job of writing out Samantha. I’m glad they decided Samantha had not just moved countries (she now lives in London), but had had a falling out with Carrie in the process.

Still, it feels clunky. Miranda and Carrie have a decent conversation about it all, but when tragedy strikes the group, Samantha just… sends flowers? It feels very out-of-character, and honestly it would have been easier and more believable had Samantha died in the years prior.

It’s also a noticeable loss with the group. While we knew there would be some new characters to somewhat replace Samantha (and women of colour, no less – something sorely needed in this series), you really feel her absence. Samantha deserved a better, more nuanced look at sex and sexuality post-menopause and it would have been so great to see And Just Like That do that for her. I can only imagine how Samantha would be navigating her 60s (fabulously) and it’s a shame we won’t get to explore that.

Who Are The New Characters In ‘And Just Like That’?

As we knew, several new characters would be joining the girls – in part, to replace the loss of Samantha, but also a strategic move from the producers to include some diverse voices. Sex And The City was very, very white – no modern reboot could exist without changing that.

So far, there is a lot of potential here. Che (Grey’s Anatomy alum Sara Ramirez) is a non-binary, queer stand-up comedian and the host of Carrie’s podcast. She’s straight-shooting and snarky, very Samantha-like. Dr Nya Wallace (Karen Pittman) is the successful Black professor leading Miranda’s college class, and while so far she’s been uncomfortably relegated to the role of “Black woman whose interactions with Miranda help her understand her racism”, we did see a glimmer of character development via a phone conversation with her partner about IVF. Charlotte’s new friend Lisa Todd Wexley is the epitome of Upper East Side existence with successful side hustles and philanthropy, but grappling with a domineering mother with high expectations on her and her family.

Still, aside from Che, we haven’t really seen these women become anything more than side characters deployed to either make scenes less “white” simply by existing, or to further a white character’s understanding of race and racism. It is, in short, not good. I think we’re all a bit on edge about how the writers will incorporate women of colour into the series given the abomination that was Sex And The City 2 and its handling of Abu Dhabi, but it’s also worth noting that we’re very early in. Hopefully, these new characters are given some actual spotlight as we continue – but it definitely feels like we’re holding our breath anxiously.

How Does ‘And Just Like That’ Compare To ‘Sex And The City’?

So far, it’s not exactly on the same level. But how could it be? This is a series that’s rooted in nostalgia, having to find its place in a world that has changed dramatically over the last couple of decades. The original series did something new in female-focused television, but the new series is trying to both stay relevant and embrace that nostalgia. It stumbles through this in the first two episodes, with some painful scenes like Miranda saying pretty much every offensive thing possible to her Dr Wallace during their first meeting, then trying to be a white saviour in a later scene. Che gets some woeful lines about her sexuality and gender identity that feel anything but organic, which is a shame because Ramirez has created such a great, dynamic character and steals most of her scenes. It’s a lot of “see! We can be woke too!” energy.

Still, maybe that will die down as we go on, because the episodes did improve. There were some fantastic one-liners (Cynthia Nixon remains one of the greatest comedic actors in the series) and, particularly in episode two, hope that And Just Like That will deftly handle some of the unspoken complexities underlying female friendships as Sex And The CIty did so well – a plot line involving Charlotte, Carrie and overbearing supportiveness is a particular highlight, and feels like the old SATC we knew and loved.

Basically, there’s potential here. And in a testament to the characters Darren Star initially formed through SATC, no matter how clunky – it’s nice to be back with the girls.

topics: Sex and the city, And Just Like That 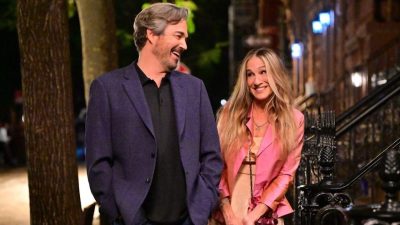 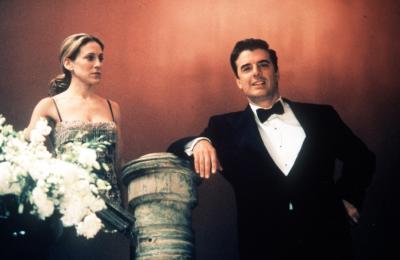 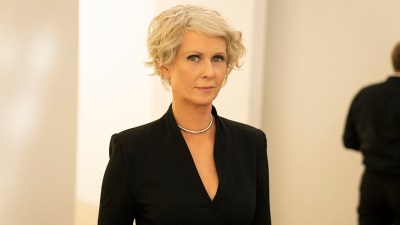 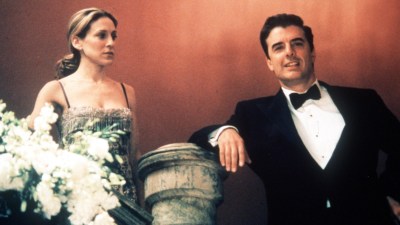 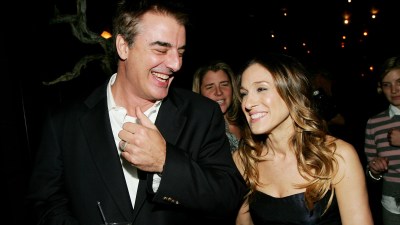