While Ben Affleck And Jennifer Lopez Were Reuniting In Montana, Ana De Armas Was Celebrating Her 33rd Birthday

If you’ve woken up from a slumber thinking you’ve time-traveled back to 2003, yes, Ben Affleck and Jennifer Lopez are back together, and no it’s not time to dust off your bell-bottoms because, unfortunately, we’re still in a pandemic in the year 2021.

After news that Affleck and Lopez, who originally dated from 2002-2004, went on a romantic trip together to Montana over the weekend (you can catch up on all of that here), all eyes were on Lopez’s recent ex-fiancé, Alex Rodriguez, to see how he’d respond.

Naturally, he’s not all too happy.

Though it looks a lot like Lopez is purposely showing off her rekindled romance in a bid to get back at Rodriguez, whose reported DMs to another woman were rumoured to have been a big factor in the pair’s mid-April split, Affleck too has a recent ex who he likely wouldn’t mind stirring up: actress Ana De Armas.

After less than a year together, De Armas and Affleck broke up in January, as reported by PEOPLE. “She broke it off,” a source told the outlet. “Their relationship was complicated. Ana doesn’t want to be Los Angeles based, and Ben obviously has to since his kids live in Los Angeles.”

A few days later, paparazzi snapped photos of a life-size cardboard cutout of De Armas being thrown into the trash outside of Affleck’s house. Read: he’s pissed about this breakup.

For her part, De Armas got really cute break-up bangs.

Fast forward to now and Affleck is jet setting off to Montana with his decades-old flame. So, how does De Armas feel? By the looks of things, pretty fine.

Over the weekend, the actress celebrated her 33rd birthday while on location in Mallorca, Spain. Taking to Instagram, she posted a series of videos and photos showing herself blowing candles out on a birthday cake while wearing a floral dress, as well as balloons in a pool at night.

“I’m so grateful I got to celebrate my birthday with my loved ones. Thank you for the gifts, letters, flowers, cakes, and all the love! Cheers to an incredible year ahead! 🌸♥️🎉”, she wrote on the post.

De Armas then posted another photo of her sightseeing in the European city looking happy and Bennifer free.

Looks like you’ll have to try a little harder to shake up this one, Affleck. 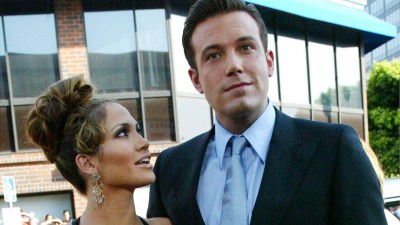 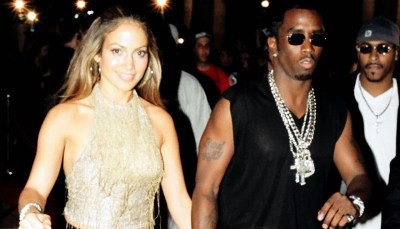