All bow to Rihanna, queen of everything

With the launch of Diamond Bomb II, Rihanna's shining brighter than ever

Rihanna blew into Seoul, South Korea on Monday to give a Fenty Beauty artistry talk ahead of the launch of the Diamond Bomb II launch on Friday.

In an oversized Jacquemus suit, pointy-toed heels and flashing a peep of what was surely a Savage x Fenty brassiere, the pop star and fashion and beauty mogul was head-to-toe white-hot. Rihanna accessorised with white diamond bracelets, rings and earrings, a bold pink lip and with her long dark hair falling in smooth, cascading waves.

The Diamond Bomb II launch sees her add a peachy pink version of the hugely popular Diamond Bomb highlighter, for a warmer look than the original silvery white tone. The highlighter also now comes in a 3-D liquid roll-on format to help you shine bright like a thousand diamonds.

Rollin' up lookin' like wealth! Get ready to bring your shine on-the-go with our Liquid Diamond Bomb – a new roll-on liquid 3D glitter to highlight ya life in a show-stopping sparkle for your face and body. Snag a cute Baby Buki brush, too, for you to get that even glittery glow! Pick it up on September 20 for a limited time only at fentybeauty.com, @sephora, @harveynichols, @bootsuk, and #SephorainJCP! #LIQUIDDIAMONDBOMB

Also on Friday, the Savage x Fenty show will air exclusively on Amazon Prime video. One of the hottest events at New York Fashion Week last week, the show was attended by the likes of Bella and Gigi Hadid, Cara Delevingne, Joan Smalls and Alek Wek. “Show” is underselling it, actually. Hosted at the huge Barclays Center in Brooklyn, it was more of a music and fashion spectacular, opened by Rihanna herself and featuring performances from the likes of Big Sean and A$AP Ferg, Migos, DJ Khaled and Fat Joe, Tierra Whack and Fabolous. Apart from stunners such as Delevingne, there was a refreshing cross-section of sizes, shapes and skin colours represented on the catwalk, in keeping with the Fenty commitment to celebrating all women.

A preview video of the show, released on Wednesday, reveals just how extra it was, from the extravagant set design to the lingerie itself — a typically cheeky, sassy collection that lives up to its claim of being accessible to everyone. 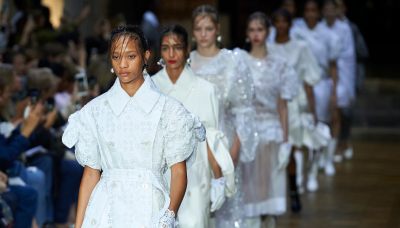 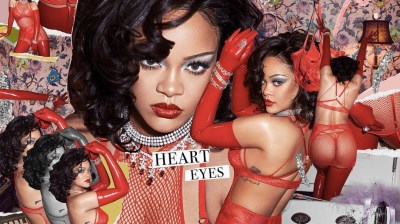 Savage x Fenty Has Love On The Brain, And We’re All Invited 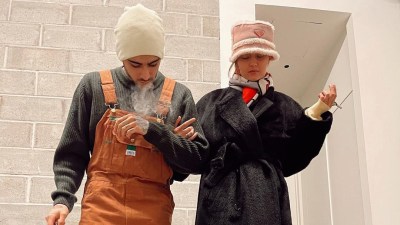