For one, the British actress and new face of Panthere de Cartier is our new source of style inspiration

If you weren’t already familiar with the ‘British rose’ Annabelle Wallis (shown above, left, with Alexa Chung and Charlotte le Bon) then you soon will be.

The 34-year-old star has amassed one impressive CV, featuring a slew of period dramas such as Peaky Blinks, The Man Who Would Be Bond, her breakout role playing Jane Seymour in The Tudors and recent horror flick alongside Tom Cruise, The Mummy.

Wallis’s recent announcement as the face of Panthere de Cartier watches firmly solidifies her status as a style icon too. The Brit will be fulfilling her ambassador duties for the fine-jewellery brand alongside fellow actor Jake Gyllenhaal, who will front the male equivalent timepiece called Santo de Cartier.

Yes, she’s a beautiful face, but there’s so much more to Wallis than meets the eye. Here are five fascinating facts about the woman stealing cinema hearts and limelight in equal measure.

1 – SHE IS FLUENT IN FOUR LANGUAGES

The label ‘British’ is probably an ill-fit term for this multicultural actress. She may have been born in the Queen’s home country but she was raised on a Portuguese farm outside of Lisbon. When talking about the worldly experience she had growing up, Wallis says, “I was learning another language and seeing the world so differently from how I would have if I stayed in England.”

Thanks to this out-of-the-ordinary upbringing, Wallis can now speak four languages: Portuguese, Spanish, French and English, giving her an adorable multilingual twang. She told recently GQ her schooling was key to learning these international dialects. “I had 42 different nationalities in my school year so you adapt your voice.” As an actress, this experience has been invaluable for her roles.

She also provided an insight – one that most of us can only imagine – into a multilingual mind. “I think in English, but I write a lot in Portuguese. It’s a far more descriptive language.

“You can describe something in one word where, in English, you’d need a sentence and a half.” 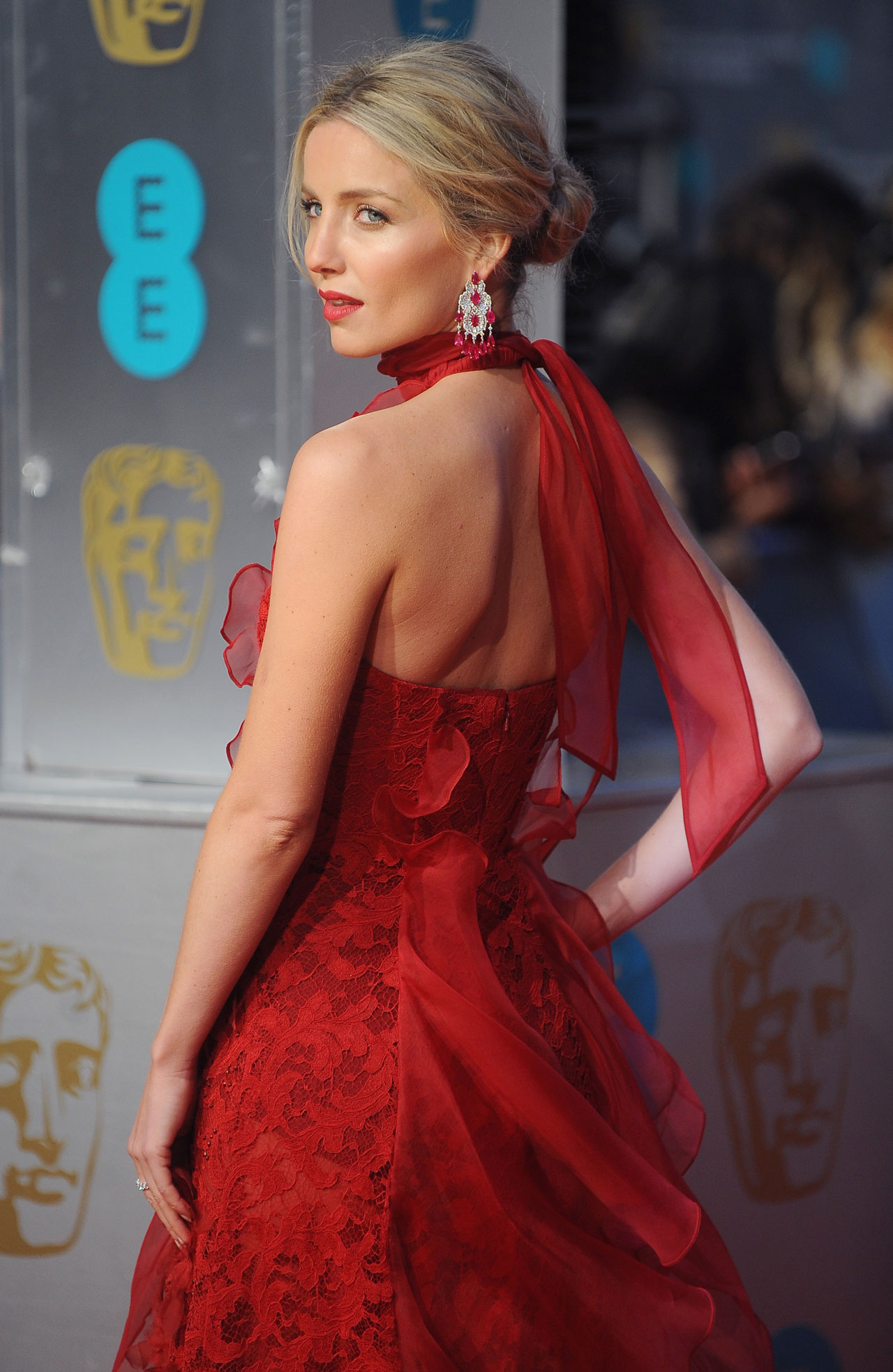 Harry Potter fans, this fun fact’s for you. The new face of Panthere de Cartier comes from an acting lineage, which includes her late uncle Richard Harris who played Albus Dumbledore in the first two Harry Potter movies before his early passing in 2002.

Harris’ son (and Wallis’s cousin) is also an actor and starred in hit Netflix series The Crown, as King George VI (Queen Elizabeth’s father). The family clearly has a soft-spot for period pieces. 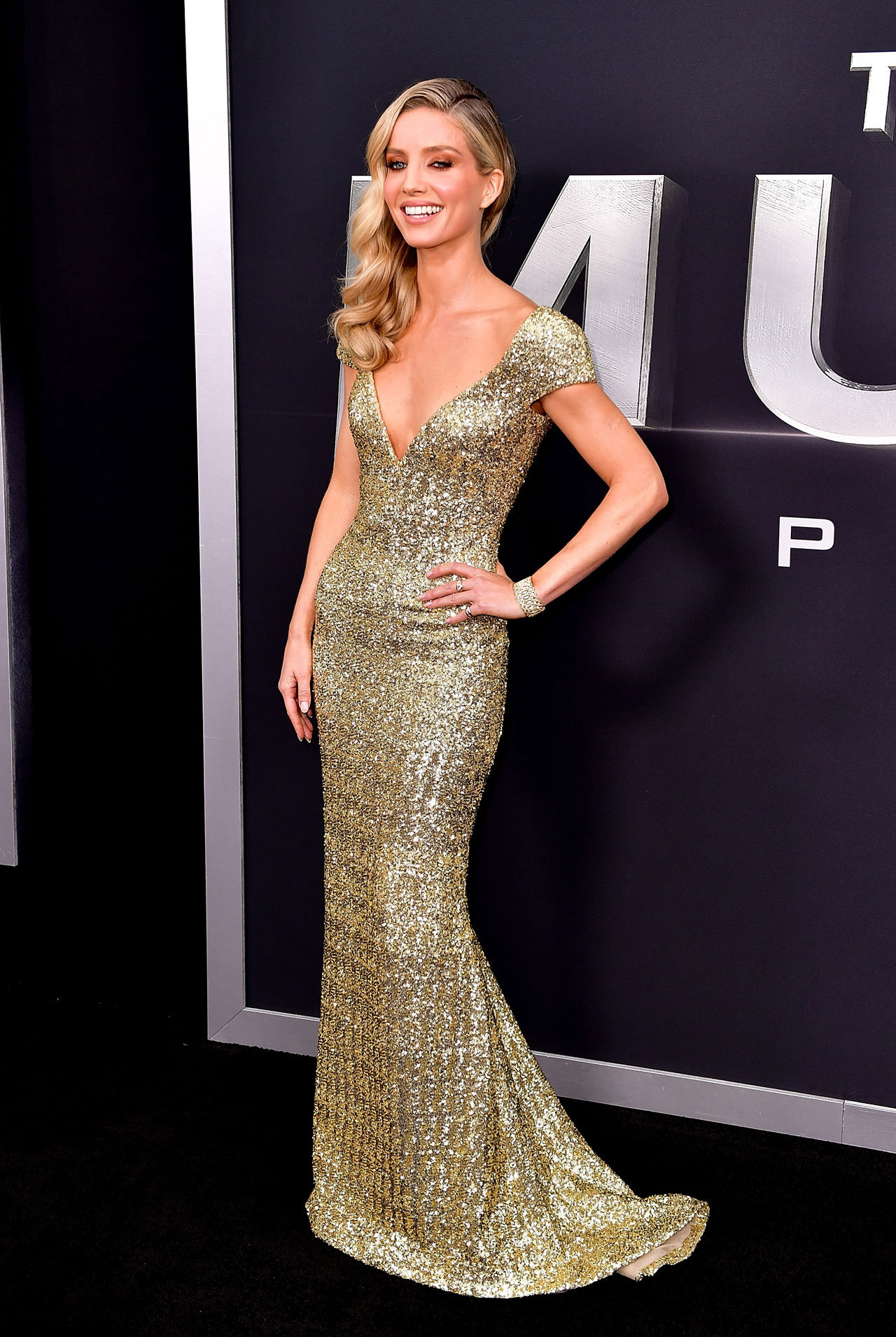 The actress also has many famous Hollywood actor pals, like her best friend Jared Leto. The pair hit up Coachella together in 2017, enjoying the festival experience just like anyone else (who has starred in A-list shows or movies).

“He once told me: ‘Annabelle, film is forever. What you leave behind stays forever.’ I think about that all the time.”

So the actress said in a past interview with the UK edition of Elle magazine. “I’ve done enough terrible things that will be around forever. If I get a voice, I need to make sure I use my brain, my words, my intellect and my world view in a way I’m proud of,” she continued just as candidly. 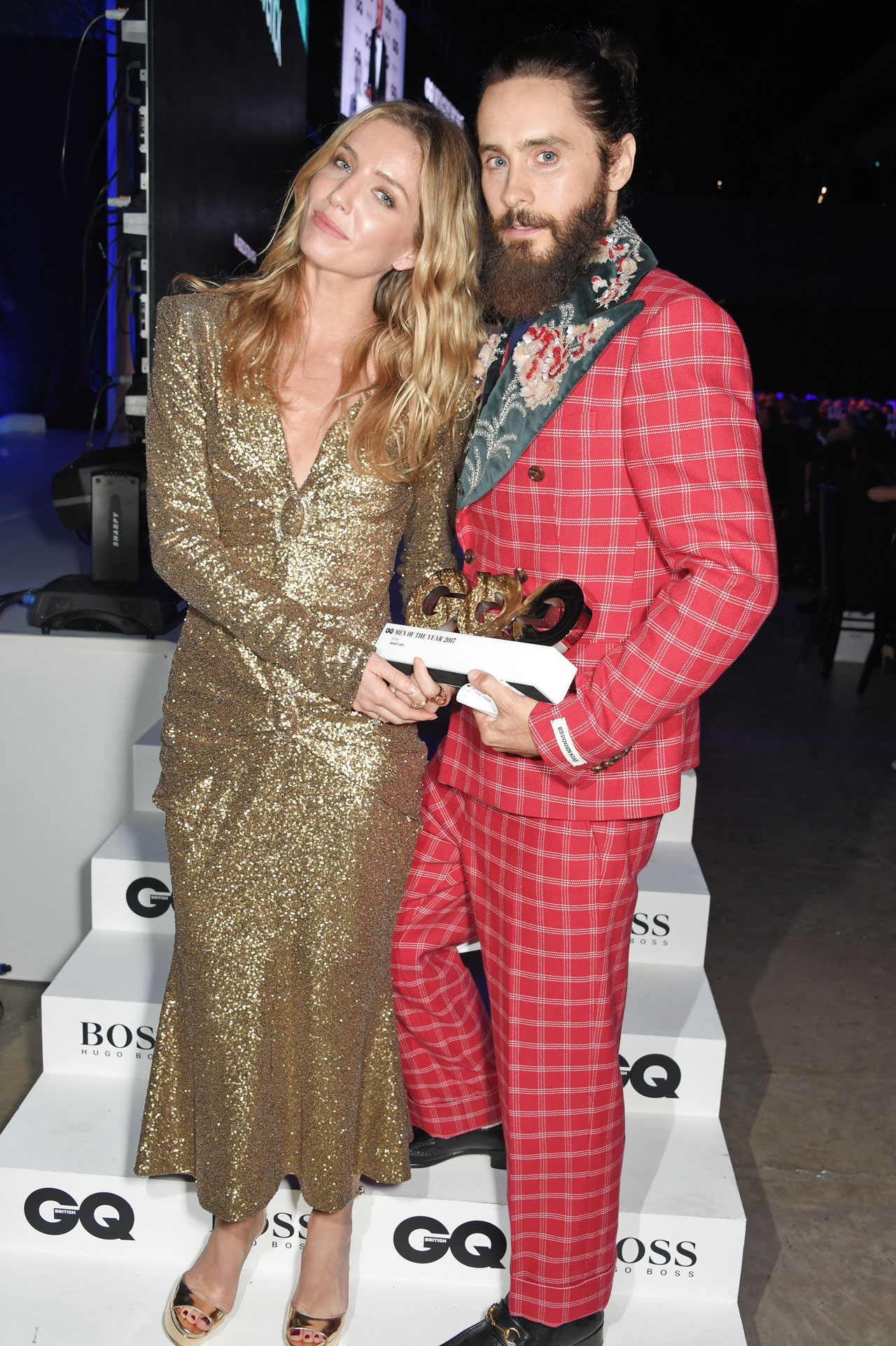 Wallis doesn’t just socialise with Hollywoods greatest. She is also deeply immersed in the fashion world, not just in the form of killer red carpet looks, but through a strong network of friends in the industry.

She is a muse to fashion designer Christopher Kane (an accolade she can now add the brand Cartier to too) and close pals with award-winning British designer Georgia Hardinge. Her presence on the style scene also includes regular appearances at the European fashion week shows.

In 2015, she attended the Met Gala (aka. the biggest fashion event of the year) as a guest of Dolce & Gabbana, wearing of course the brand’s haute couture wares. 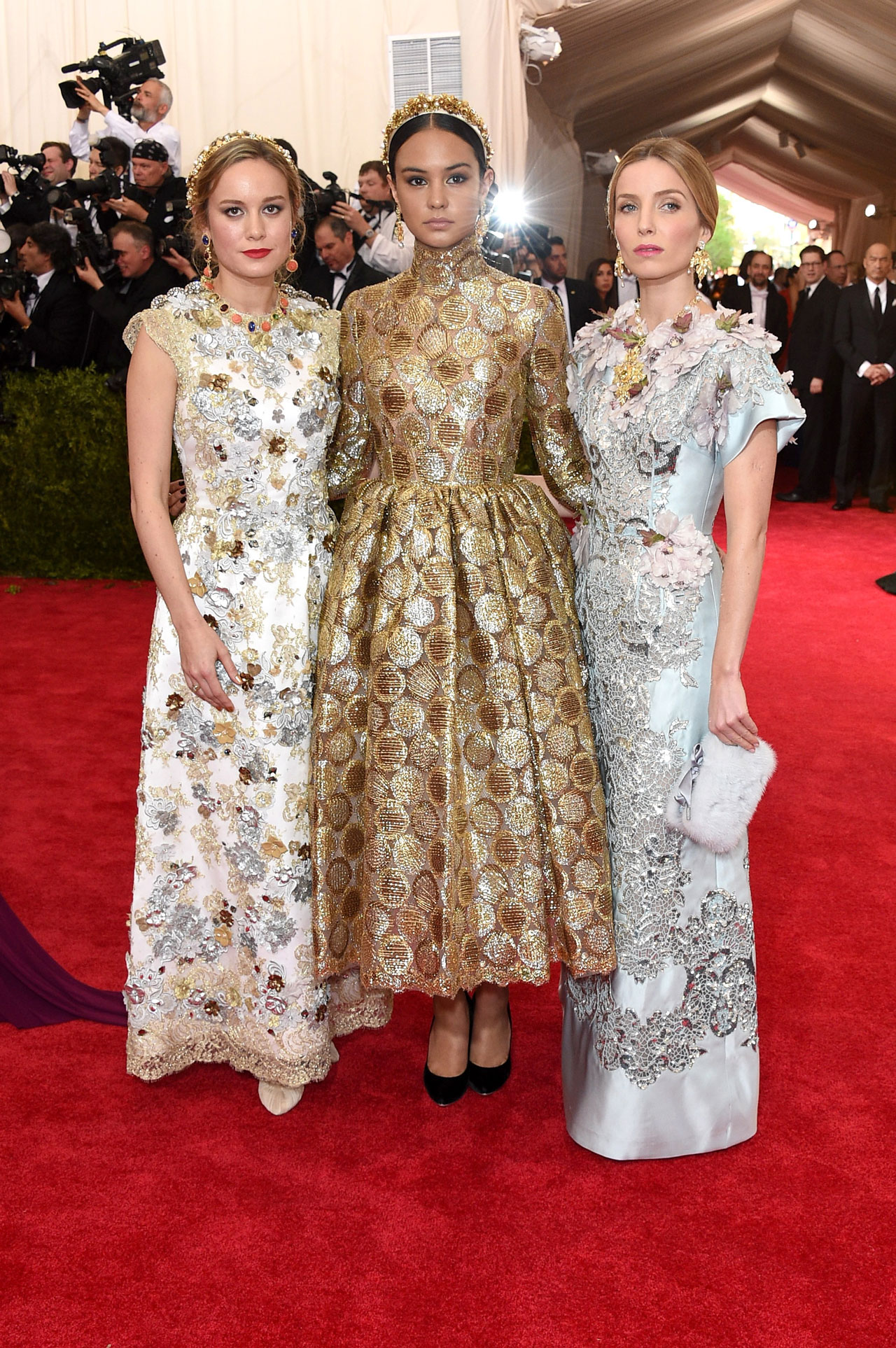 Annabelle Wallis has worked hard to avoid being typecast as the pretty, posh girl who lacks dimension and instead prefers characters that show women they can be powerful. “Playing Grace changed me,” she explained to FT about her role as Irish barmaid, Grace Burgess in Peaky Blinders. “I was believable in a strong, female, alpha role.”

The actress attributes her fierce nature to early life growing up on a farm abroad, where females were seen just as capable as men and just as strong. She also had to develop resilience while learning a new language and culture.

For The Mummy, where she acted opposite Tom Cruise, Wallis spoke to American Vogue of her pride in “getting to play a strong female lead who is stand-alone equal to the man… I feel very proud of that.”

Her attitude makes a strong case for why she is an excellent role model for younger girls. “I know that I am not believable in the role of a submissive wife because I don’t walk into a room as submissive female. I walk in with a brain and I have an opinion.” 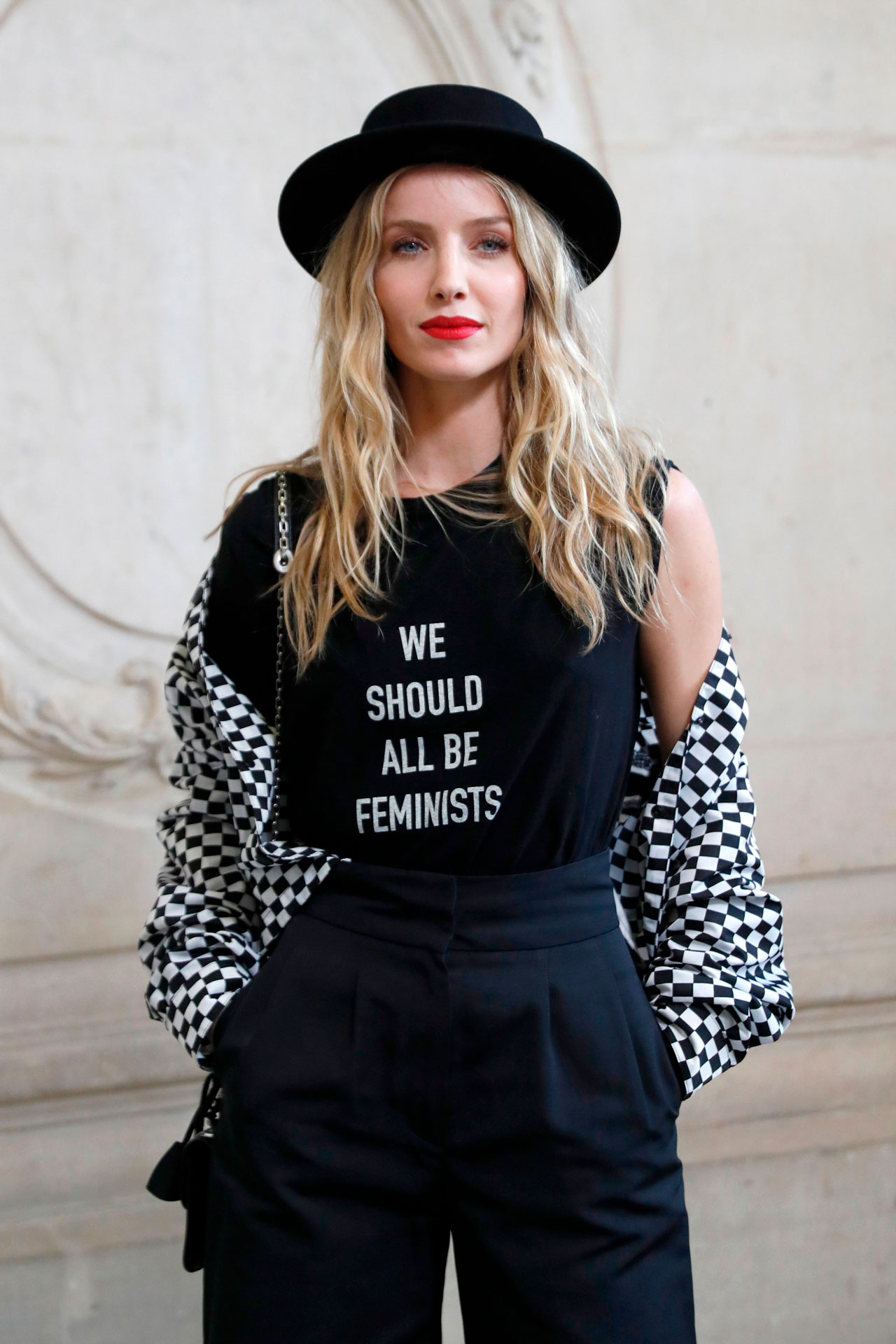 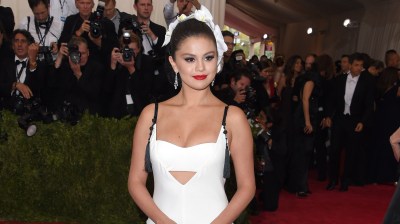