In case there were any doubts

Don’t get me wrong, I love a little gossip as much as the next person but the he-said/she-said rumours from the Don’t Worry Darling set are getting, well, a little old. It seems that 40 crew members have thought so too and are putting the allegations to rest once and for all.

In response to a rumour that director Olivia Wilde and Florence Pugh had a “screaming match” during production, 40 people have signed a statement saying it is “completely false”.

“As a crew, we’ve avoided addressing the absurd gossip surrounding the movie we’re so proud of, but feel the need to correct the anonymous ‘sources’ quoted in a recent article,” the statement obtained by E! News and drafted by producer Miro Yoon read, referring to a Sept. 23 Vulture story. “Any allegations about unprofessional behaviour on the set of Don’t Worry Darling are completely false.”

Wilde was described as an “incredible leader” and ran the set with “class and respect” for everyone involved. The statement concluded, “We are happy to put our names on this, as real people who worked on the film, and who have witnessed and benefitted from the collaborative and safe space Olivia creates as a director and leader. We’re also thrilled that the movie is in theatres this weekend. We can’t wait for you to see it on the big screen.”

It arrives after cinematographer Matthew Libatique denied rumours last week saying it was “probably the most harmonious set I’ve ever been on” in an interview with The Hollywood Reporter podcast Behind The Screen.

Don’t Worry Darling releases into Australian cinemas from October 6. Trust me when I say that you should definitely go watch it. 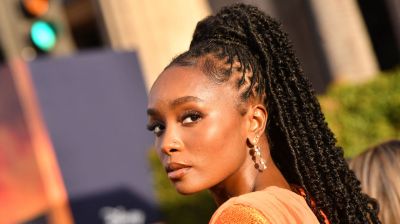