Ahead of the release of the final season of Keeping up with the Kardashians, the show teased a reunion between on-again, off-again couple Scott Disick and Kourtney Kardashian, following Disick ending his relationship with his then-girlfriend of three years, Sofia Richie.

But by the time the new season actually came out, both parties were already publicly in new relationships: Disick has been dating 19-year-old model Amelia Hamlin since November 2020, and Kardashian went public with Blink 182 drummer Travis Barker in January.

But though things seem happy in Calabasas—so much so that for Disick’s recent birthday, Kardashian brought Barker as her plus one, while Disick brought Hamlin—apparently, there are still some unresolved and hurt feelings.

According to a source who spoke with Entertainment Tonight, Disick’s birthday evening was “a little awkward,” due mostly to the fact that he wants Kardashian to be more bothered about his new relationship than she is.

The source said Disick wishes his relationship with Hamlin was having a bigger impact on Kardashian, like her relationship with Barker is having on him.  “Scott hasn’t hung out in a big family setting with Kourtney and Travis yet,” they explained. “He’s still a little skeptical of their relationship and hurt by it.”

Instead, ET’s source says Kourtney “is unbothered” by her ex moving on, explaining “It’s not weird for her to see them together by any means” and that the Kardashians “have been nice to Amelia and supportive of her and Scott’s relationship, but they aren’t as close with her as they were with Sofia [Richie] yet.”

A few weeks ago, a source told E! News Disick was uncomfortable about Kardashian and Barker. “Scott has really distanced himself from Kourtney recently. Of course they are still cordial when it comes to the kids, but they aren’t hanging out as much or doing things as a family. The communication has become strictly about the kids.”

Meanwhile, Kardashian seems to be having the time of her life with her new man, filled with tattoos, Disneyland, and thumb sucks. 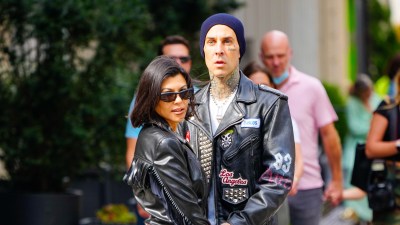 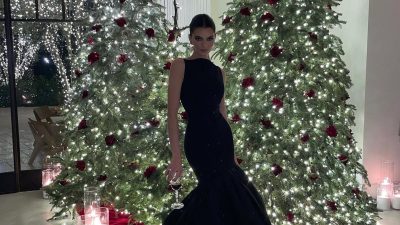 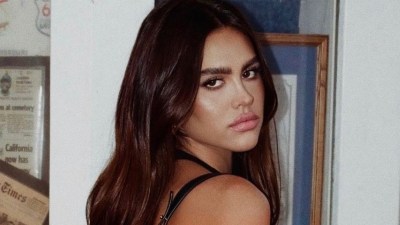 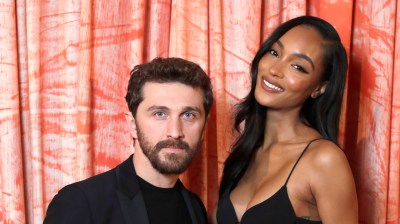