The digital-only Paris haute couture shows were always going to be a departure from the traditional designer showcases we see each season, but Schiaparelli‘s audacious spring/summer 2021 collection has proven the ultimate entry point to an unorthodox week. Artistic director Daniel Roseberry used the unconventional nature of the proceedings to present a counterpoint to the frothy fairytale confections we’ve come to expect from haute couture outings.

In place of princess gowns and flouncy finishes was Roseberry’s reimagining of opulence, which saw the humble human anatomy take the sartorial spotlight. The Texan native presented sculpted body parts and bulbous accessories as fashion finery in the show, which took place in a short film aptly titled 231 Seconds of Haute Couture.

The six-pack moulded bodices were the unequivocal stand-out of the show, with the polarizing design destined to be vestiary catnip for Insta-ready audiences playing along at home. The look was first teased by Kim Kardashian West back in December when the reality star had Roseberry create a custom Schiaparelli gown for her Christmas celebrations. Kardashian’s sculpted green “abs” created quite a stir at the time, but Roseberry proceeded to make the bodices the focal point of Schiaparelli’s SS21 couture collection.

This time around there were more than just mid-sections on show, with Roseberry giving arms, breasts, shoulders, and buttocks the haute treatment, challenging couture’s historically stuffy reputation. That isn’t to say that the collection was entirely devoid of fantastical moments either, with Roseberry delivering dramatic prints and silhouettes that feel stylistically engineered toward his latest muse, Lady Gaga – who he dressed in custom Schiaparelli for last week’s historic presidential inauguration.

There’s also the crystal gown, which shimmered with more than 100,000 Swarovski stones and will surely make a show-stopping appearance on a socially distanced red carpet some time in the near future.

The beauty looks were muted – sleek strands knotted at the base of the neck or left natural, with understated makeup, save for one fiery pout – but the eye-popping accessories were unapologetically loud. Ornate earrings were so long and weighted that they skimmed collarbones and – in one look – the floor, while bags adorned with molds of a human nose and nail-glove hybrids turned models’ fingers into molten talons. Leather flatform boots replete with gilded toes rounded out an indelible first couture outing for Paris’ 2021 spring/summer season. 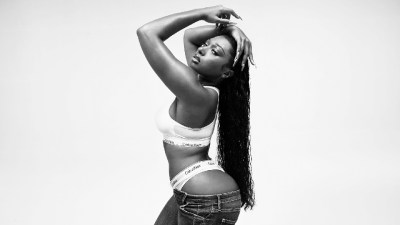 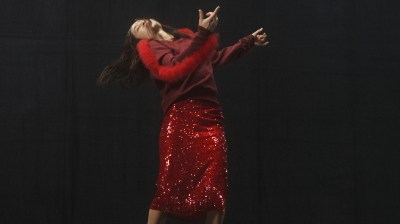 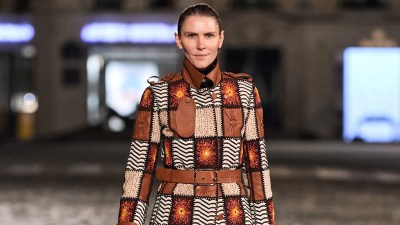 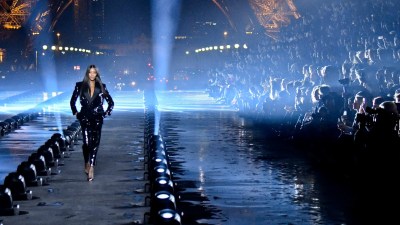 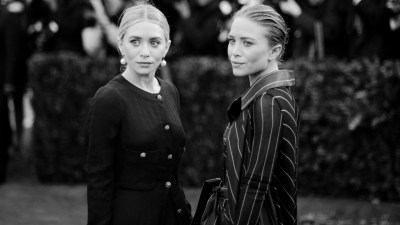 5 Things You Never Knew About Mary-Kate and Ashley Olsen 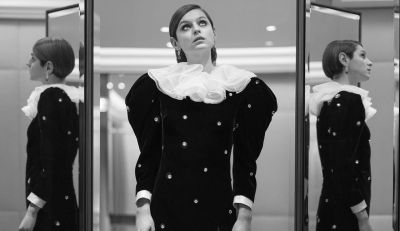