Including whether they'll be covering all that ~drama~

Meghan Markle and Prince Harry’s upcoming TV special with Oprah will be the couple’s first sit-down interview since they announced their engagement in 2017. Since then, a lot has happened. They married and officially became the Duke and Duchess of Sussex, had a child, stepped back from their roles as senior working members of the royal family, and moved to the U.S..

Given the pair are the constant subject of news headlines, gossip and rumors, it’s no wonder anticipation to see them sit down and tell their side of the story publicly and in full for the first time is incredibly high.

Below, everything you need to know ahead of March 7.

What will the interview cover?

The interview will begin with a conversation between Markle and Winfrey, which (per CBS) will cover “everything from stepping into life as a Royal, marriage, motherhood, philanthropic work to how she is handling life under intense public pressure.” Prince Harry will then join the pair to speak about the couple’s “move to the United States and their future hopes and dreams for their expanding family.”

CBS didn’t go into detail about whether the special would cover Markle’s estranged relationship with her father, Thomas Markle, or the reported ‘royal feud’ between the couple and the Cambridges, Prince William and Kate Middleton. However, a source told E! News the interview would cover the Duke and Duchess’ choice to step back as working members of the royal family and the drama that came with it.

“There is a lot of tension between them and the royal family,” the source said. “The interview is going to shine a light on what they have been through. Meghan and Harry are relieved they are away from it all.” They added the conversation would be “very candid” now Markle and Prince Harry are officially excused of their duties. They will also reportedly “touch on a lot of how mental health came into play and how it affected them.”

How do the royals feel?

Apparently, not great. The Mirror reports the Palace was “blindsided” by the news of the interview with a source saying there is “a great deal of nervousness” and that “everyone will be watching with intense interest.”

Though the couple potentially could’ve—or should’ve, depending on what side you sit—given the royal family a heads up, as a source detailed to Entertainment Tonight, they’re actually under no obligation to get things signed off by the Queen anymore.

The Duke and Duchess have been close with Winfrey since they were introduced back in 2017. The talk show host attended the royal wedding in 2018 at Windsor Castle, and is now the couple’s neighbor: Winfrey resides in Montecito, close to where the Markle and the Prince also live.

Back in December, Winfrey shared an Instagram video of a gift basket she received from Markle with products from Clevr Blends, a coffee company Markle has privately invested in.

How do you watch it?

In the UK: According to reports, there is a bidding war going on behind the scenes for the rights to air the show in the UK, with ITV currently looking like the winner. If it airs at the exact same time as the U.S., it will be on at 1:00am Monday March 8; however, it’s more likely the show will air Monday night instead.

In Australia: The same goes for Australia—no official network has been announced yet, but likely will be in the coming weeks. The interview will air in the U.S. at 12:00pm Monday March 8, so be watching the internet closely for snippets that afternoon. It will likely air in full Monday night on the winning network’s channel. 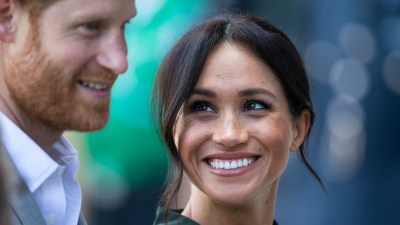 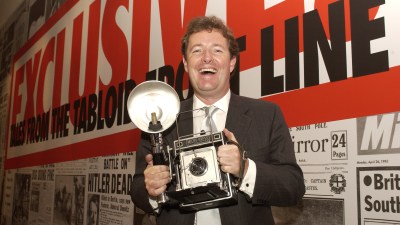 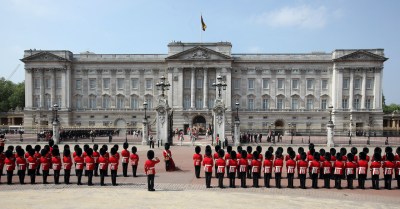 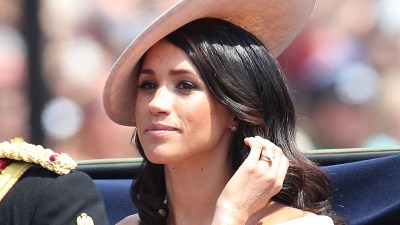 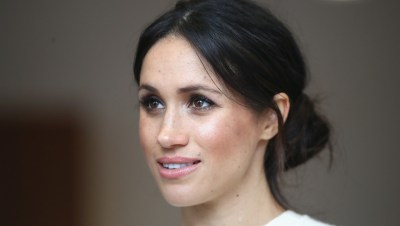 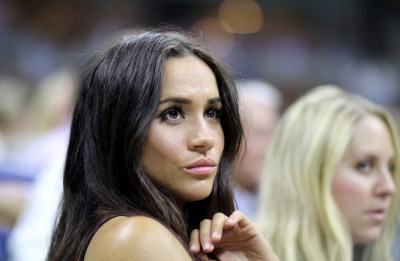 Meghan Markle Has “Plenty Of Receipts” To Back Up Palace Racism Claims, Says Gayle King
Next page