The actress is changing the industry one step at a time.

Sherry Cola has had some big opportunities come her way as of late: she is currently starring in Freeform‘s Good Trouble, where she plays Alice Kwan, a queer Asian woman, she just wrapped on a starring role in Adele Lim‘s (Crazy Rich Asians) upcoming comedy project for Lionsgate and she will be featured as a voice on The Tiger’s Apprentice, which will be released in 2023.

“It’s better late than never because these opportunities did not come easy for the trailblazers before me, including Margaret Cho, Sandra Oh, Michelle Yeoh and Lucy Liu. They did the work and faced even more problematic challenges so that I could be on the red carpet today,” the 32-year-old exclusively tells GRAZIA USA.

She continues, “I’m very grateful, and it’s not lost on me how much work they had to do so that I can now shift the industry. There’s so much more work to be done, but I’m fortunate to be in the industry at the time and be part of the impact.”

One of the ways the actress is shaking things up is that her character Alice on Good Trouble has open and honest conversations, which she ultimately believes have a “ripple effect” in society. “Representation matters so much,” she declares. “If I were to have seen a character like Alice when I was younger, maybe I would have been liberated in my identities sooner. It definitely means the world to me to be a trailblazer in my own way for the next generation.”

“It’s a dream come true to portray a character that I never saw on TV when I was growing up,” she notes. “After booking the role on Good Trouble, I got this opportunity to portray this character that could potentially be a role model.”

Because of playing Alice, Cola realizes that “these conversations are overdue. It really took being on a show like Good Trouble that is so much about fighting for what’s right and that has influenced me to speak up and speak out and not settle for less,” she says.

During season 4B of Good Trouble, which follows Callie (Maia Mitchell) and Mariana (Cierra Ramirez) as they embark on their next adventure: moving to Los Angeles, which premiered on July 7 on Freeform, viewers can expect to see lots of love triangles and Alice getting back into the groove of things.

“For Alice specifically, you’re going to see her get back on her feet after losing her voice and regaining it, and you kind of see that struggle,” Cola states. “She’s trying to do stand-up, and that’s not something you can accomplish overnight. I know firsthand that the journey is tough, especially for someone in Alice’s skin.”

“She went through some trauma in the first half of the season and now she’s finding herself again and trying to get opportunities,” she adds. “We’re also going to see Sumi and Alice’s relationship — a lot of push and pull there as usual, and we just see them grow as human beings as well. I’m excited. I’m looking forward to the audience seeing a side of Alice that they’ve never seen before.”

Cola is proud to be part of the series, and she believes the stories she’s telling are special and unique. “I’m finding my own voice in so many ways,” she states. “I’ve never felt so liberated in all of my identities. I’m an immigrant, American, queer woman, and these are things that society does not root for. We sometimes try to hide parts of our culture, but we should absolutely embrace who we are and where we came from.”

“It was definitely not an overnight journey of getting to be proud of who I am, but booking Good Trouble liberated me in so many ways,” she admits. “You don’t need to pretend to be anyone else. Life is too short for just one dream and don’t let anyone define you — you get to define yourself.” 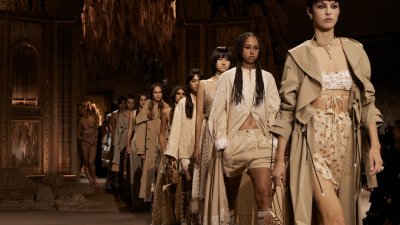