It only makes sense that the premiere for the third season of Netflix’s Emily in Paris would take place in the French capital. But if you thought the show’s lead, Lily Collins, would pay homage to her character’s signature loud style while on the red carpet to match the backdrop, you’d be wrong.

Instead, Collins opted for a chic, minimalist look the antithesis of Emily Cooper’s style: a cut-out Saint Laurent dress that the likes of Hailey Bieber and Zoe Kravitz would very much approve of.

Stepping onto the pink carpet on Avenue Montaigne, one of Paris’ most famous promenades, Collins wore a tan floor-length dress by the French fashion house, featuring cut-outs across the waist, ruched fabric, and power shoulders. The 33-year-old actress finished the look with thick Cartier pieces around each wrist and a black patent leather pair of platform heels.

Whether Collins’ look is simply the handiwork of stylists Rob Zangardi and Mariel Haenn, who are also behind Jennifer Lopez’s wardrobe, or a hint at Cooper’s evolving style for season three (one can dream!) remains to be seen. But either way, j’adore, très chic, madame! 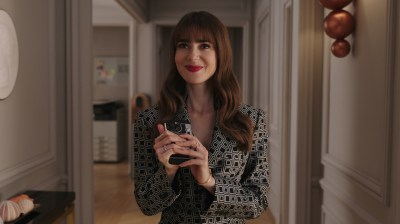 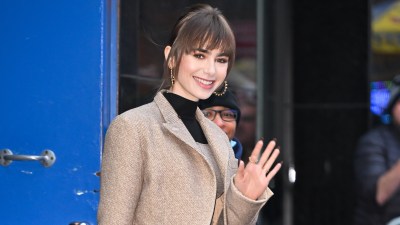 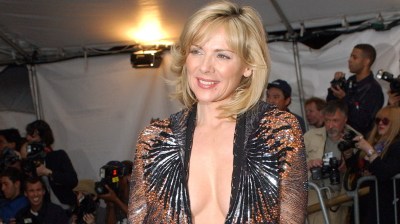 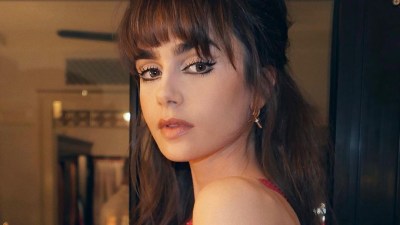 Lily Collins Has Thoughts On The Nepotism Baby Debate
Next page