As the pandemic continues to change the nature of work all around the world, the fashion industry is adjusting to yet another round of socially distanced fashion shows, this time in the form of haute couture week in Paris. As has been the case since the end of fashion month in February 2020 – a season that was cut short due to the outbreak of COVID-19 spreading to both Italy and France during their respective fashion weeks – designers have either decided to opt out of the affair completely (Jean-Paul Gaultier and Ralph and Russo) or continue on, masks and sanitiser in tow.

Of course, though livesteaming opens shows up to millions who wouldn’t otherwise get to see the spectacle in full, it also means we’re missing both the street style, front row and energy that comes with a packed crowd in the Grand Palais, phones at the ready, desperate to see what – and who – Chanel will send down the runway.

In an ode to seasons past, as virtual shows kick-off, we’re taking a look back at the most iconic haute couture moments from the ’90s, pre-Hadids, pre-Instagram and, most importantly, pre-pandemic. 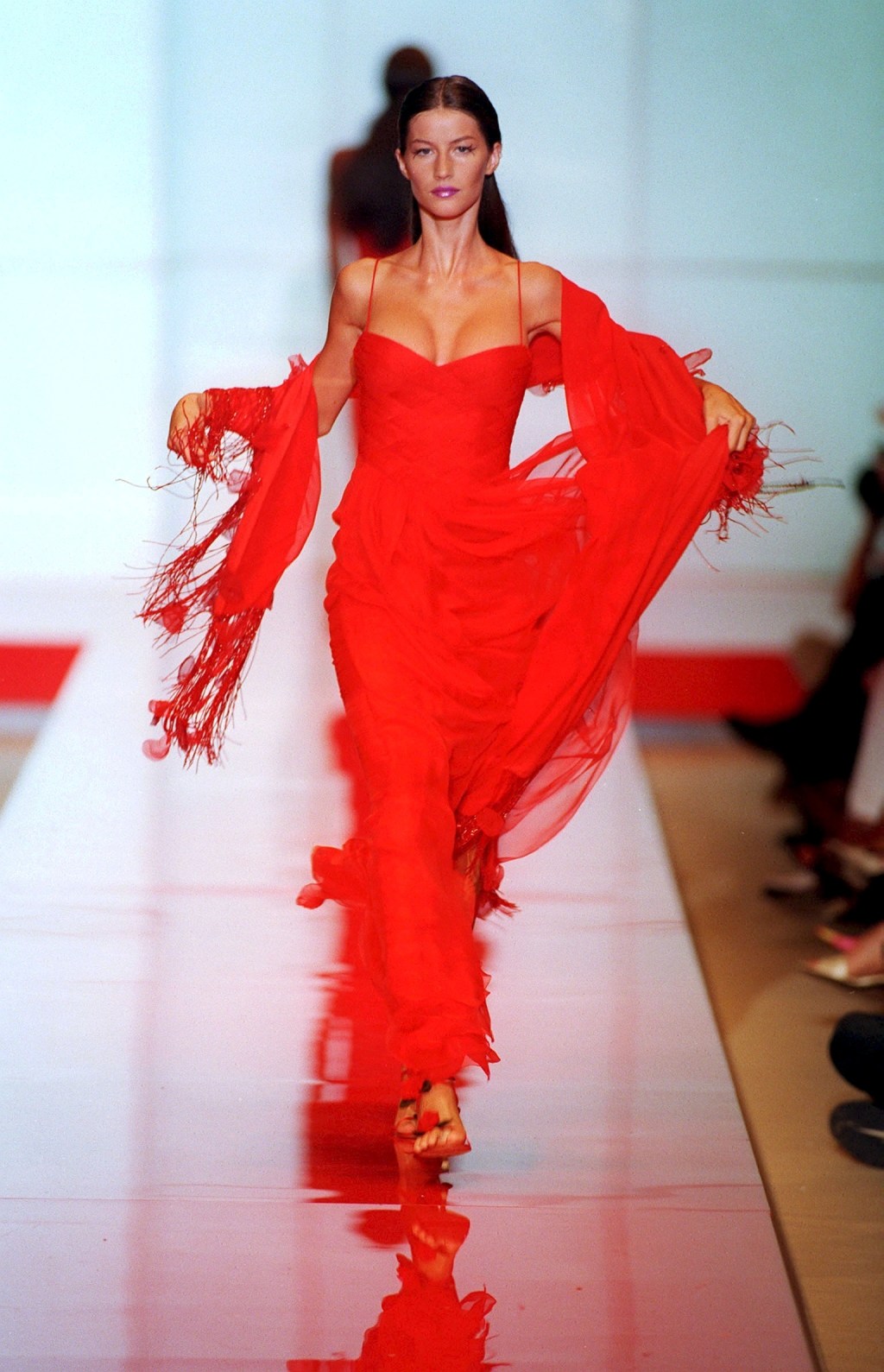 In the ’90s, no one wanted a front-row seat at any haute couture show more than Versace’s. While other designers were still very much sticking to polite, quiet traditional runway presentations, Gianni Versace was making noise in the form of showstopping, sparkly designs and supermodels to boot. Nothing encapsulates the mood more perfectly than a young Kate Moss closing the show as a shimmering Versace bride in 1995.

Before Karl Lagerfeld had taken to creating huge, showstopping sets to house his Chanel shows in, such as casinos, airplanes and seaside towns, the designer relied on the ’90s supers to create a stir. Linda Evangelista wearing a sleeveless Chanel mini dress with long latex gloves and a huge headpiece did just that.

British designer John Galliano lived up to his reputation of theatrics and excitement for Dior’s Haute Couture 1998 show, taking the runway to the Palais Garnier Opera House. Models descended a grand marble staircase in elaborate designs, which included tulle, fur-trimmed coats and clinched waisted gowns and at the end of the show, lay across the stairs as colourful paper confetti butterflies showered down on those lucky enough to have witnessed the proceedings firsthand.

By 1993, Claudia Schiffer was firmly cemented as a supermodel of the time and, almost just as importantly, the muse of the late Chanel designer Karl Lagerfeld. From the late 1980s and all throughout the 1990s, Schiffer was a guaranteed star of any Chanel show, often modeling closing the show in the brand’s highly-anticipated haute couture wedding gowns and accompanying the designer as he took his post-show bow.

Nowadays it’s all about Kaia Gerber, but no ’90s runway roundup would be complete without Cindy Crawford and, specifically, Cindy Crawford in this incredible Chanel cut-out gown that wouldn’t be amiss on the likes of Zendaya today.