Not jealous at all

Naturally, Bottega Veneta superfan Hailey Bieber is the first to wear what is set to be the house’s next It Bag. The slouchy style, known as the Point bag, is the latest addition to Bieber’s already-extensive Bottega Veneta collection. The model, who has recently rocked a seemingly endless parade of BV boots, shearling jackets, oversized coats and heels, now appears to own (at least) eight of the Italian house’s cult handbags.

Bieber was first spotted toting the Point bag while heading out in Los Angeles, where she dressed it down with a TRE by Natalie Ratabesi quilted shearling top, relaxed jeans and Off-White sneakers. The style comes in a number of colours and finishes – including several knit iterations, which GRAZIA predicted would be the next hot accessory last year – but Bieber opted instead for classic black leather.

Like us – and soon enough, everyone else – the model seems super into the Point style, as she was also seen carrying it while stepping out with husband Justin Bieber in Los Angeles only a day later. She styled it in a similarly laidback way to the previous day’s outfit, with a cobalt puffer coat, baggy jeans and white sneakers.

Bieber has been giving fellow model Rosie Huntington-Whiteley a run for her money when it comes to who holds the crown of biggest Bottega Veneta devotee. Close friend Kylie Jenner has also emerged as a late contender too, given her recent spate of Instagram outfit posts that feature the luxury label. But it seems this latest bag will put Bieber well in front, as she is the first celebrity we’ve seen with the Point bag.

Bottega Veneta is betting big on the Point style, which is characterised by a pillowy shape (reminiscent of its 2019 runaway success, the Pouch bag) with a triangle top handle and a shoulder strap. While Bieber opted for the black this time around, judging by how many iterations she owns of the original pouch – a textured black leather version and a zebra print colourway, to name just a two – this one surely won’t be her only investment.

If, like me, you’ve been contemplating picking one up yourself, shop Bieber’s Bottega Veneta Point bag below. 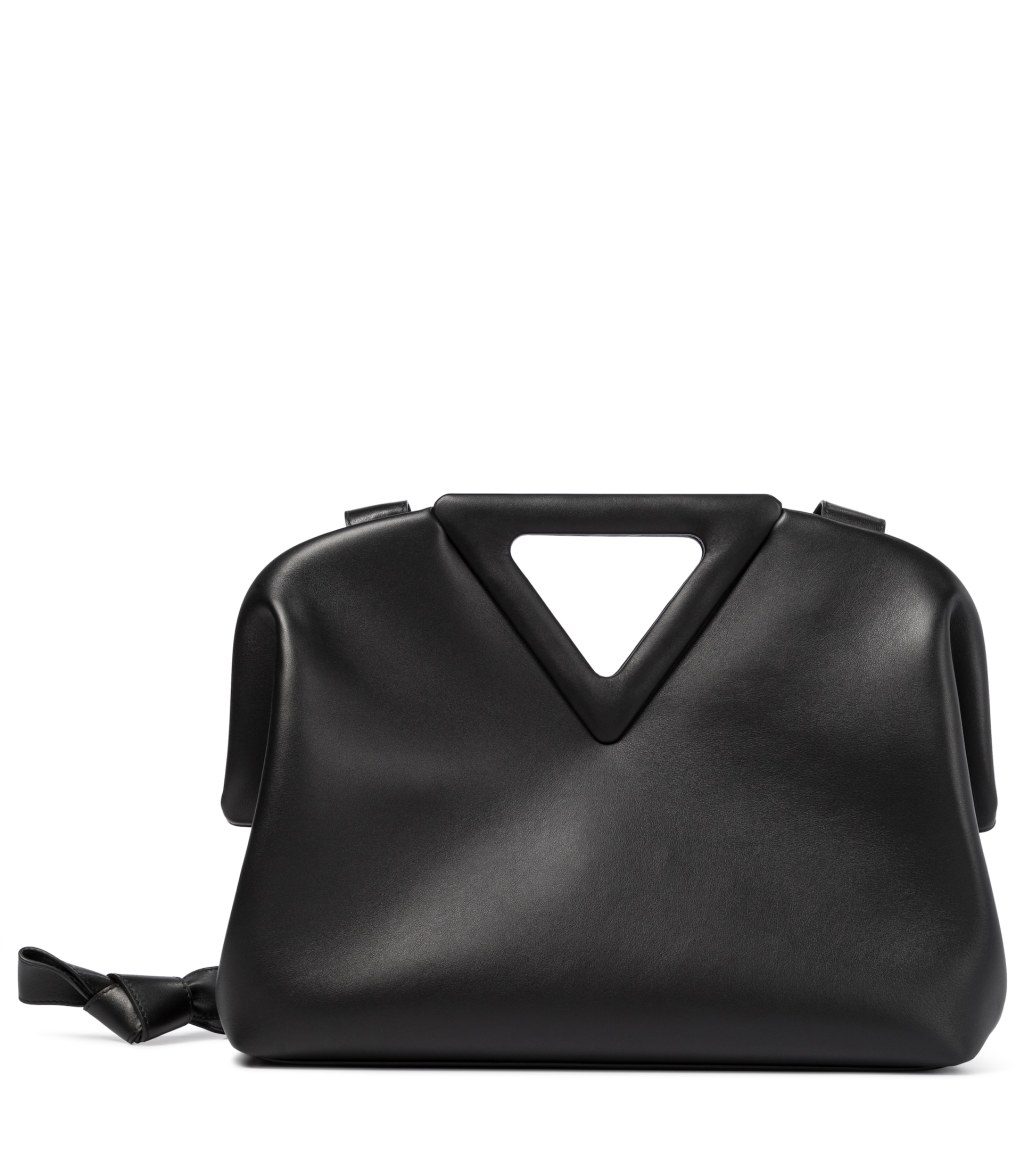