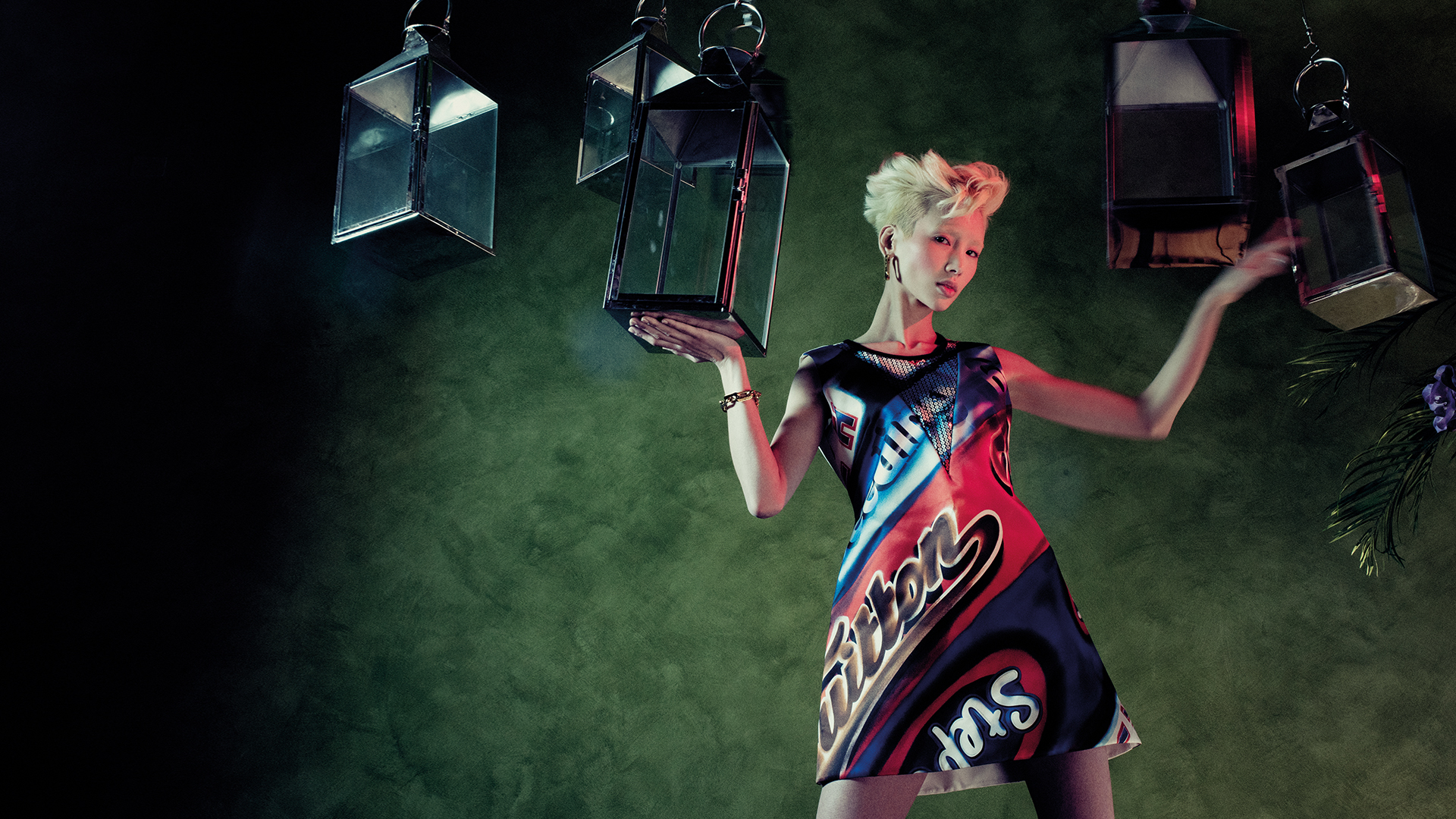 It’s a testament to the changing nature of fashion’s relationship with politics that the opening look in Louis Vuitton’s SS21 show was a knitted sweater emblazoned with the word VOTE. French fashion houses in particular have tended to veer far away from the polls, but the impetus to remove Donald Trump in November felt far too great to ignore. The T-shirt was later worn by Charlize Theron as she encouraged her 6.4 million followers to hit the polling booths.

This spirit of forward-thinking optimism wove its way through Nicolas Ghesquière’s entire collection. Granted, the brand’s long-time creative director has a proven penchant for the 80s, but those silhouettes – statement shoulders, bubble hems – were balanced with futuristic prints and cut-outs. Dresses were finished in a Warhol-esque splicing together of graphic logo prints. Leather jackets were sharp-shouldered and cropped above the waist. Mini dresses embellished with iridescent discs were made casual thanks to voluminous quilted parkas and sneakers.

A non-binary approach to gender was evident throughout the collection too. Jackets were crafted with panels that could be adjusted to make the shape fitted and feminine or looser and masculine, depending on the wearer’s mood. Belted paperbag trousers, silken boxing-style shorts, and David Bowie-esque sequin suits defied easy classification. “I don’t know how the [COVID] situation will change fashion and people’s perception of it,” Ghesquière said after the show. “What I think is there is an acceleration in important subjects, like inclusivity.”